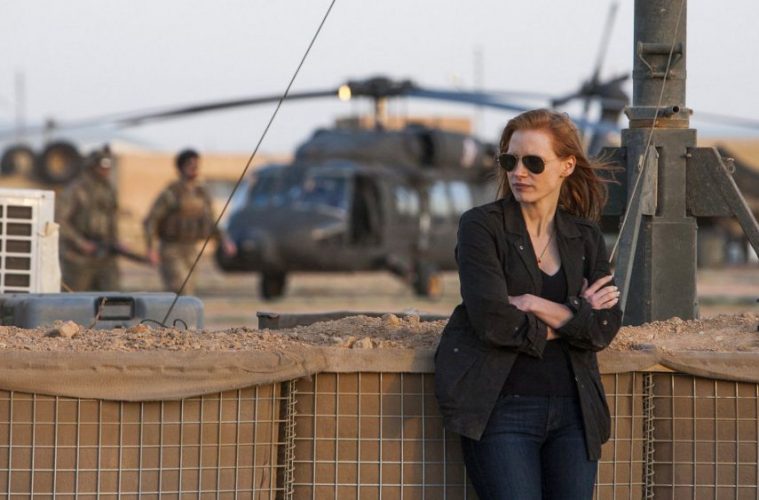 In May 2011 President Barack Obama announced to the world that American special forces had killed Osama Bin Laden.

The announcement marked the end of a 10 year manhunt. During that time – thousands of people died in further attacks inspired or orchestrated by Al Qaeda. And thousands more after America and her allies invaded Afghanistan and then Iraq.

That history is the subject of Kathryn Bigelow’s Zero Dark Thirty (2012), a film that received critical plaudits but also criticism for what some said was its pro-torture stance.

That controversy is discussed on the latest Exploding Helicopter podcast, which also considers how the film might have been perceived had it been shot as originally scripted.

You can find the episode on iTunes, Podomatic, Stitcher, or listen right here.