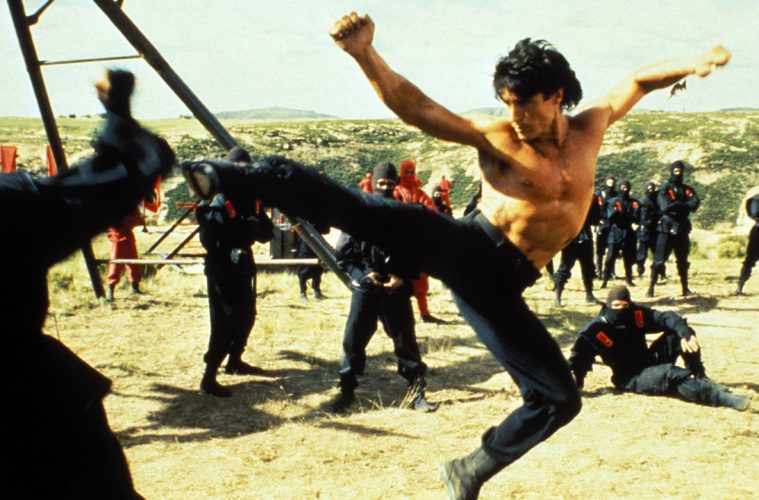 The term “cinematic universe” has become all the rage in recent years.

This rather highfalutin sounding concept is used by moviemakers and nerdy films buff to bundle together films and characters as a single, coherent, body of work. (Although to cynics it’s just a pretentious way of saying sequel or spin-off).

But long before Marvel’s avengers assembled or the Fast teamed up with the Furious, the makers of the American Ninja series were boldly expanding the cosmos of the stealth assassin franchise.

It may have been in somewhat less celebrated circumstances. But when Michael Dudikoff (the star of American Ninja 1 & 2) teamed up with David Bradley (who’d taken over the gig in American Ninja 3: Blood Hunt) we had one of cinema’s earliest ‘universe’ moments.

This historic film is the the subject of the latest Exploding Helicopter podcast review.

Listen to the show via iTunes, Player FM, Stitcher, Acast or right here