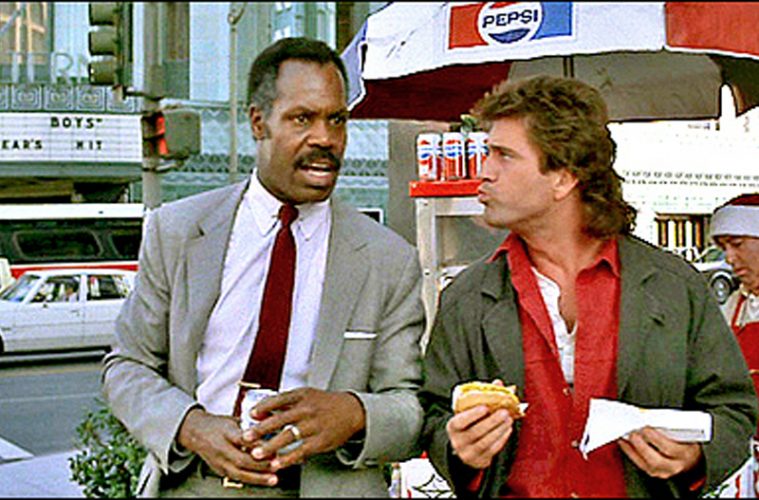 I’ve never spent a lot of time wondering about the dietary habits of characters in cop movies. Usually, there’s more important issues dominating my attention. Like whether the hero can save the girl, stop the villain or unmask the conspiracy.

But recently I’ve started to notice that movie policeman really do seem to like hot dogs. Quite why law enforcers should like the taste of bread encased frankfurter is a mystery.

Maybe it’s not the taste of mustard drenched meat product that they like. When you’re rushing, sirens blaring, from one crime scene to another, you probably come to appreciate other qualities in your food.

Can it be quickly prepared? Will I be able to wolf it down if a ‘2/11 in progress’ comes in over the radio?

Cops predeliction for sausage and bun related snacks has also been used by filmmakers to help reinforce elements of their characters personality. Take for example Lethal Weapon which sees Mel Gibson’s suicidal detective demonstrate a reckless disregard for his own health by tucking into one. 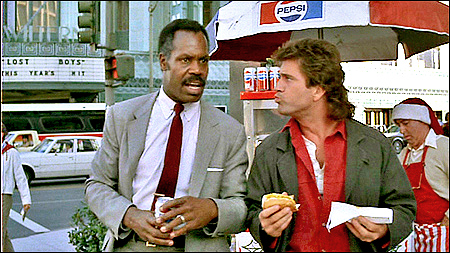 Need to demonstrate he’s an uncoordinated klutz? Why not have him squirt mustard all over Prescilla Presley’s breasts as Leslie Nielsen did in The Naked Gun. 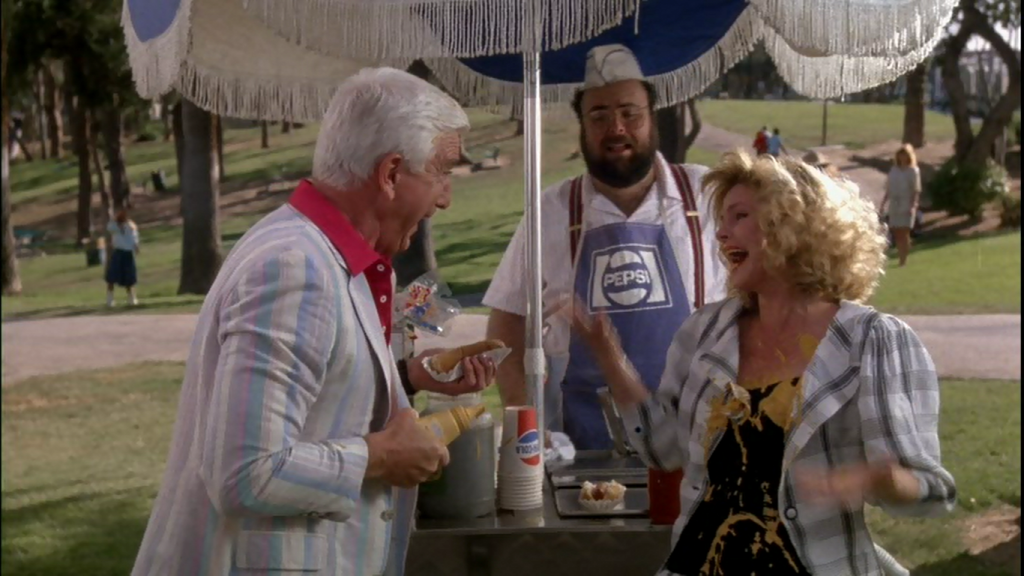 As regular consumers, policeman can have strong opinions about the best way to garnish their favourite treat. A fact ably demonstrated by ‘Dirty’ Harry Callaghan in Sudden Impact.

And also by James Woods and Michael J Fox in The Hard Way.

Some unscrupulous people have sought to take advantage of police officers love of their processed meat and dough delight, as evidenced by notorious marijuana chancers Cheech and Chong in Up In Smoke.

It’s also proved to be a cops favourite way of celebrating the closing of a case. Just check out Will Smith in Men In Black.

And what reward does a cop really want for bringing villains to justice? A commendation from the mayor? Or, as The Other Guys shows us, maybe it’s something else…..

But if there’s one thing for sure, if you want to taken seriously on The Force you’ve got to be a hot dog enthusiast. As Samuel L Jackson pithily puts it in S.W.A.T, after being confronted by a new recruit ordering a ‘soy dog’ and tomato juice:

“How the hell can I trust a man who won’t even eat a good old fashioned American hotdog?”