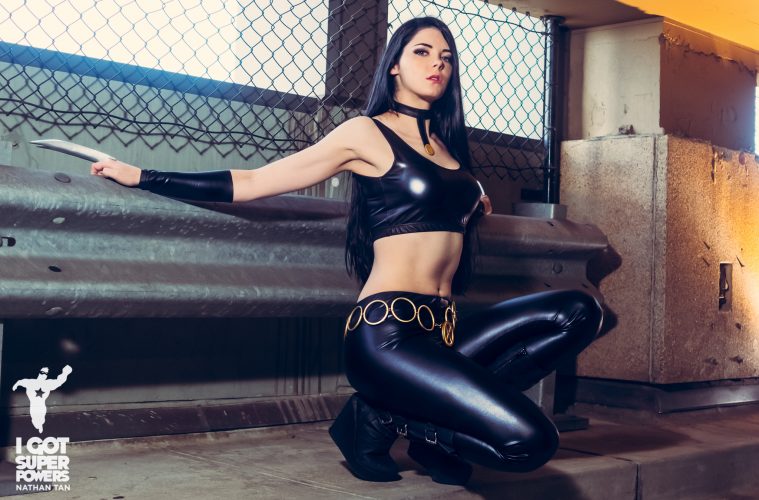 Recently we had the pleasure of talking cosplay with the illustrious Shiveeejam, star of Fury Fingers‘ Tomb Raider parody, Boom Raider. Now we’re returning to the Land Down Under to chat with another action heroine and cosplayer, JusZ.

JusZ hails from Canada but made Adelaide, Australia her home. When she makes the rounds at cons she drops jaws with on point costumes and a flair all her own. Even more impressive is her foray into live action videos. Recently, she starred in The Diversion, an homage to Tom Clancy’s The Division produced by (yep) Fury Fingers.  It was serious business, sponsored by Ubisoft and featuring special effects as well as loads of action.

What follows is our full interview with JusZ, along with a selection of some of her best costumes.

ACTION A GO GO: When did you first want to get into cosplay? And what was your first costume?

JUSZ:  I started cosplaying in 2011 with the arrival of our town’s first comic convention. I’d seen cosplay online, but didn’t know anyone who cosplayed at all, so taking the leap to dress up the first time was a bit scary. But it was an amazing experience and I was hooked.

My first costume was Zatanna from DC Comics. Everything was bought or rented, I didn’t even own a sewing machine at the time. 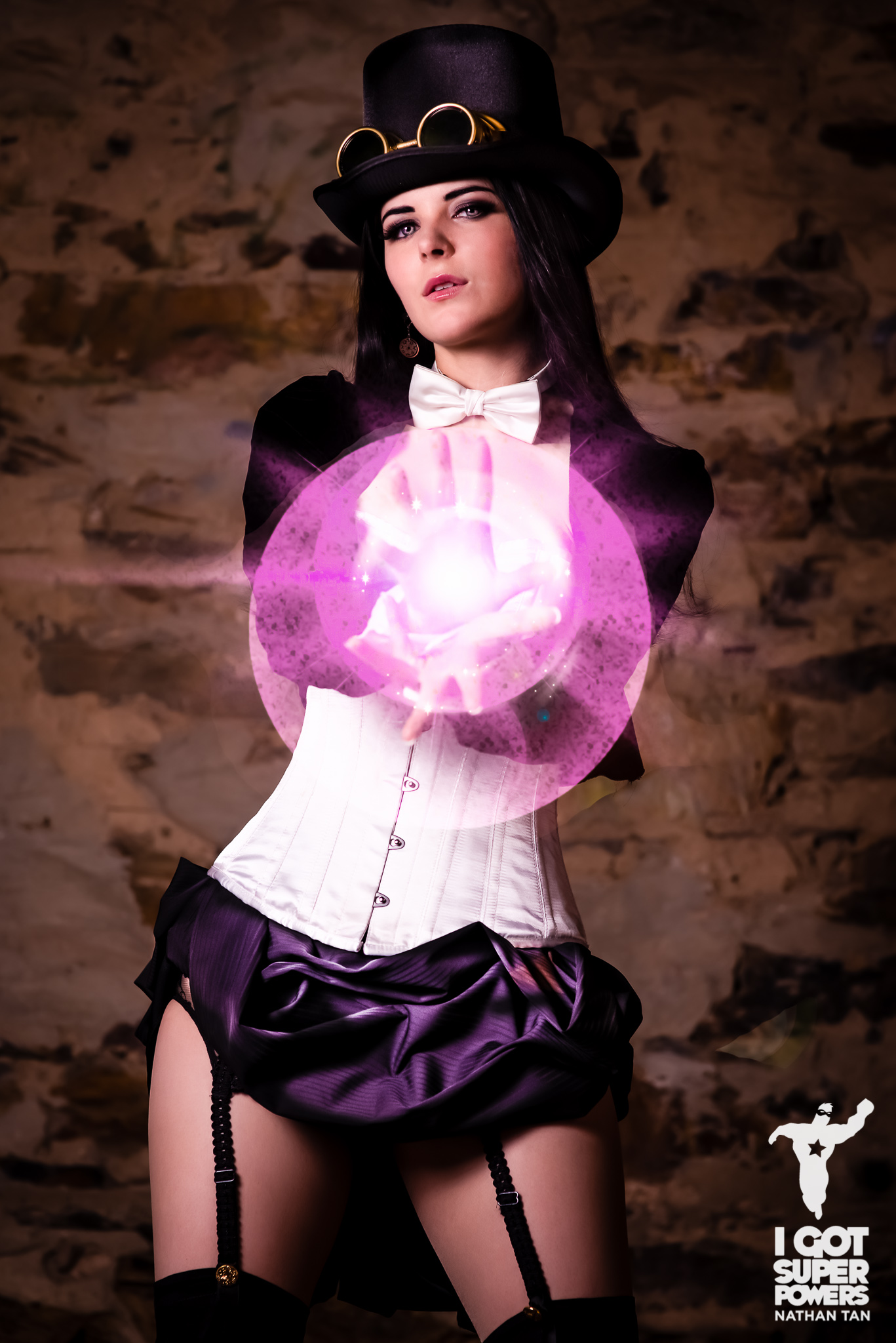 AAGG:  When did you decide to take your cosplay to the next level?

JZ:  I started focusing on cosplay seriously in 2014. I made 9 costumes that year, filmed two short fan videos and started pushing myself to learn new techniques and refine the ones I knew. It was when I started actively using my social media not just to connect with people but to also with photographers and businesses.

AAGG:  What characters do you have the most fun with? Were they more influenced by your childhood or were some of these characters from more recent movies/games/comics/manga you are a fan of?

JZ:   I love action characters, which for me tends to be movie and comic characters. Black Widow, Black Canary, WWE wrestlers, The Hunger Games. I really like getting to pose for photos in dynamic ways and I really love to climb on things, which is hard when you’re in a ball gown (though not impossible). A lot of the media I’m inspired by is recent, like the Marvel Cinematic Universe, DC Comics’s TV shows and even my love of comics is from the last ten years. 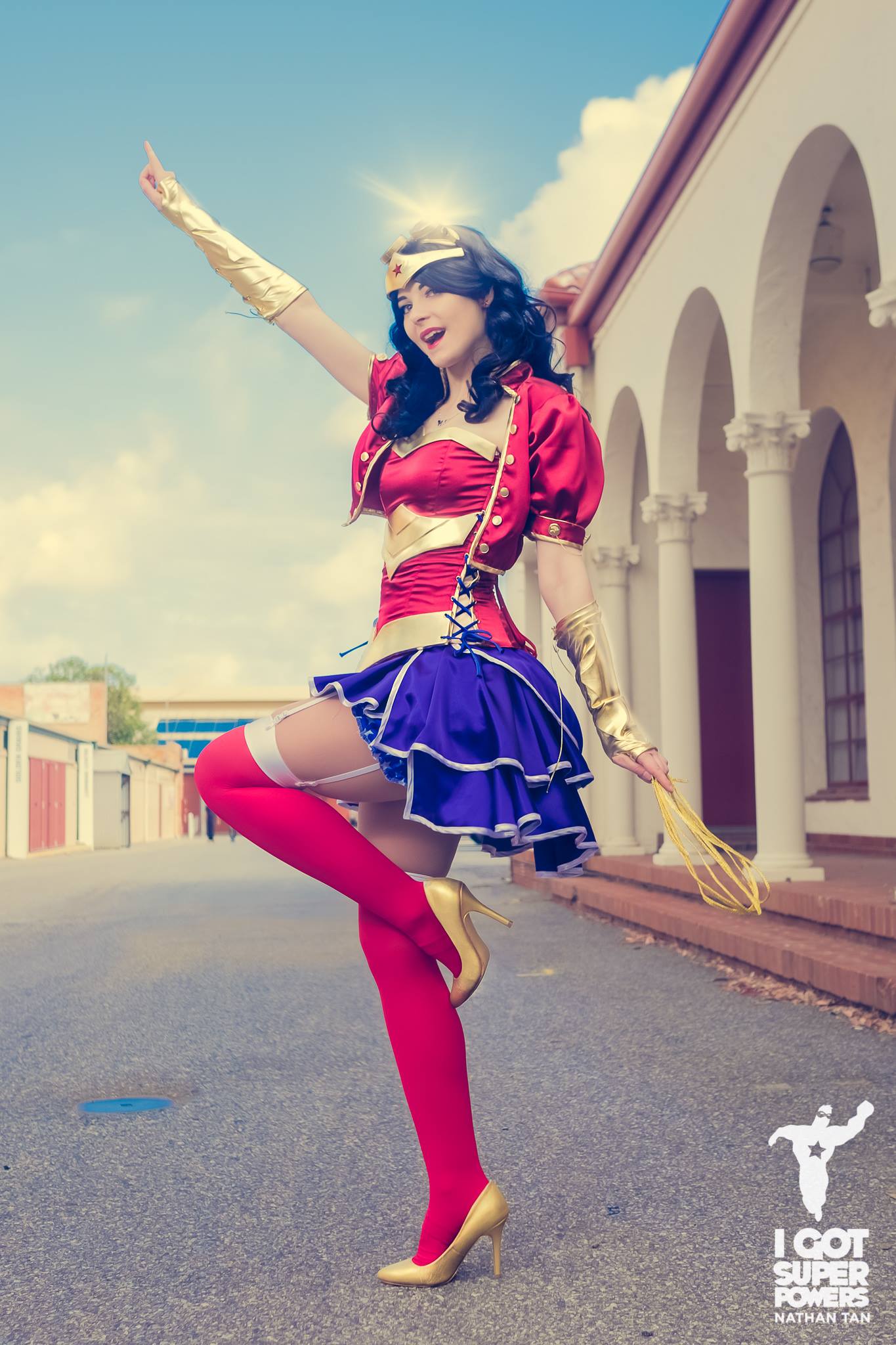 AAGG:  What is your favorite costume so far?

JZ:  It changes so much based on new costumes, but my comic Black Widow is always a favorite – it’s so sleek and I love the wig, plus it usually has lots of guns. My new Steampunk Wonder Woman is the other favorite right now, because I’m so proud of it and how it looks. 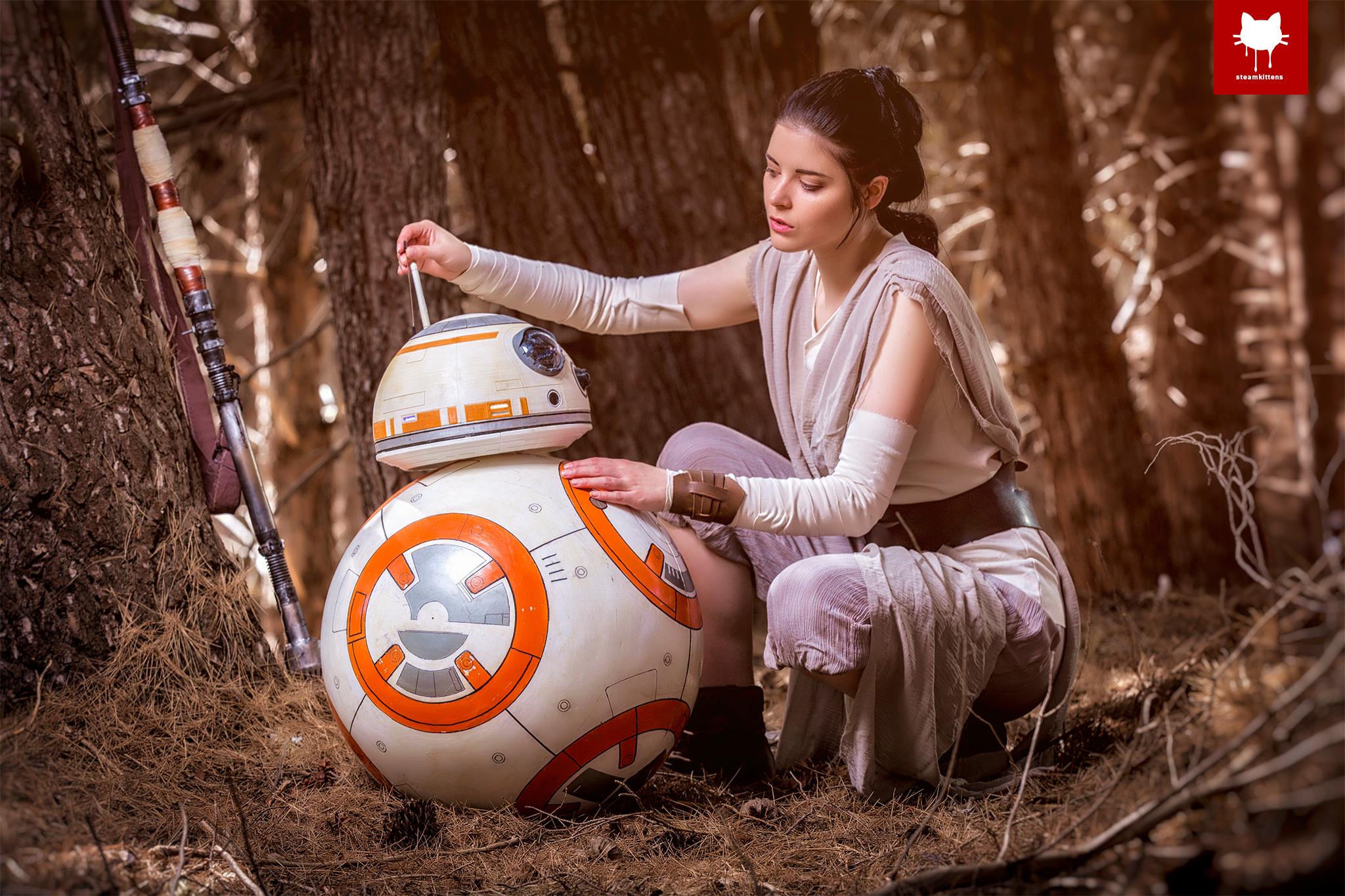 AAGG:  How long does it take you to make the average costume? What materials do you prefer working with?

JZ:  The time can vary so much depending on the number of pieces, how much needs to be made from scratch, etc. My claim to fame is making Rey from The Force Awakens in 6 days right before the premiere, but that’s not a terribly complex costume. Usually a few months, though, starting with sporadic sewing until it becomes more and more frantic the closer I get to the event.

I prefer to sew costumes versus making armour and giant props, so give me some spandex or anyday. I love stretch fabrics because they give you a bit of leeway with fit that can be comforting when you’re new. 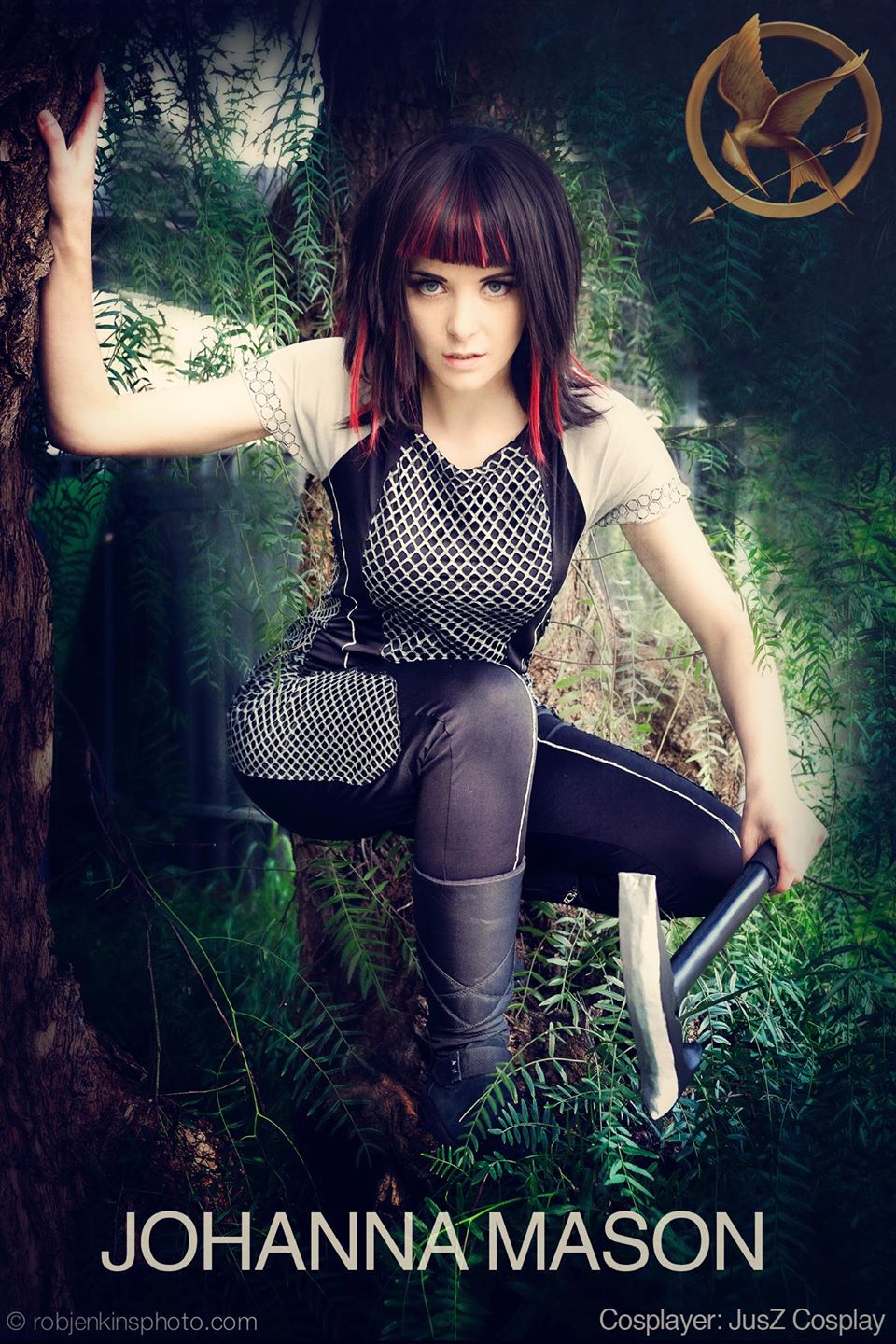 AAGG:  What are your favorite conventions?

JZ:  I love Oz Comic-Con, and not just because they invited me as a guest. I really like their set up, the way they treat they guests, the focus on cosplay as an attraction and something to be celebrated. Plus, I love that they offer dinners with some of the guests – I find that fun and different. 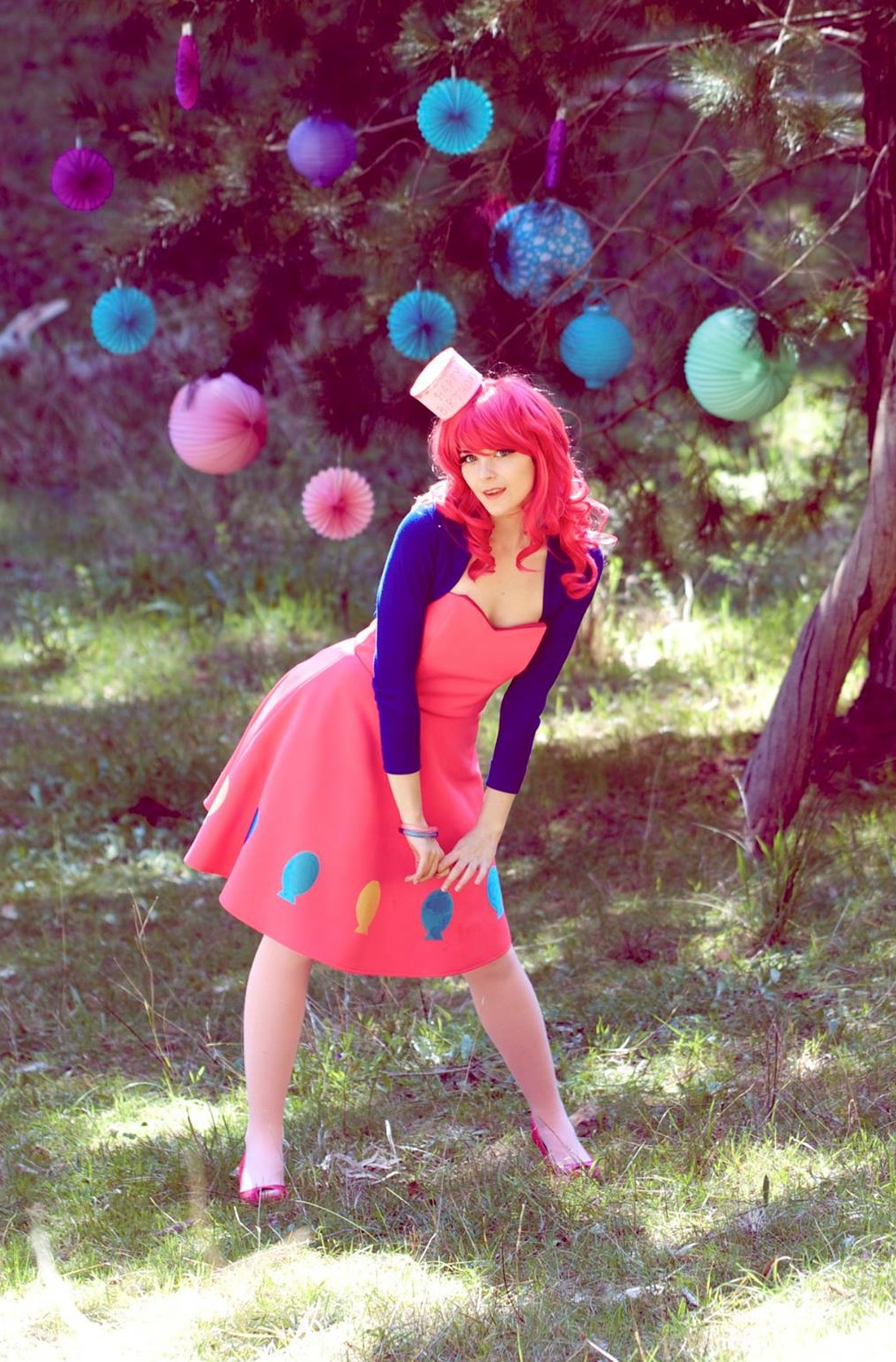 AAGG:  If someone asked you what cosplaying is about, what would you tell them? What drives you to do it?

JZ:   It’s a bunch of giant nerds dressing up and getting really excited at each other. Cosplay is really, in my opinion, the best way that I know how to show my love for a character or a fandom. Like a sports fan buying a jersey and making a sign and painting their face, this is how we show our dedication to what we love.

I’d say that passion drives me to do it. Passion and the feeling of accomplishment I get when I finish a costume and finally look at everything that I made. 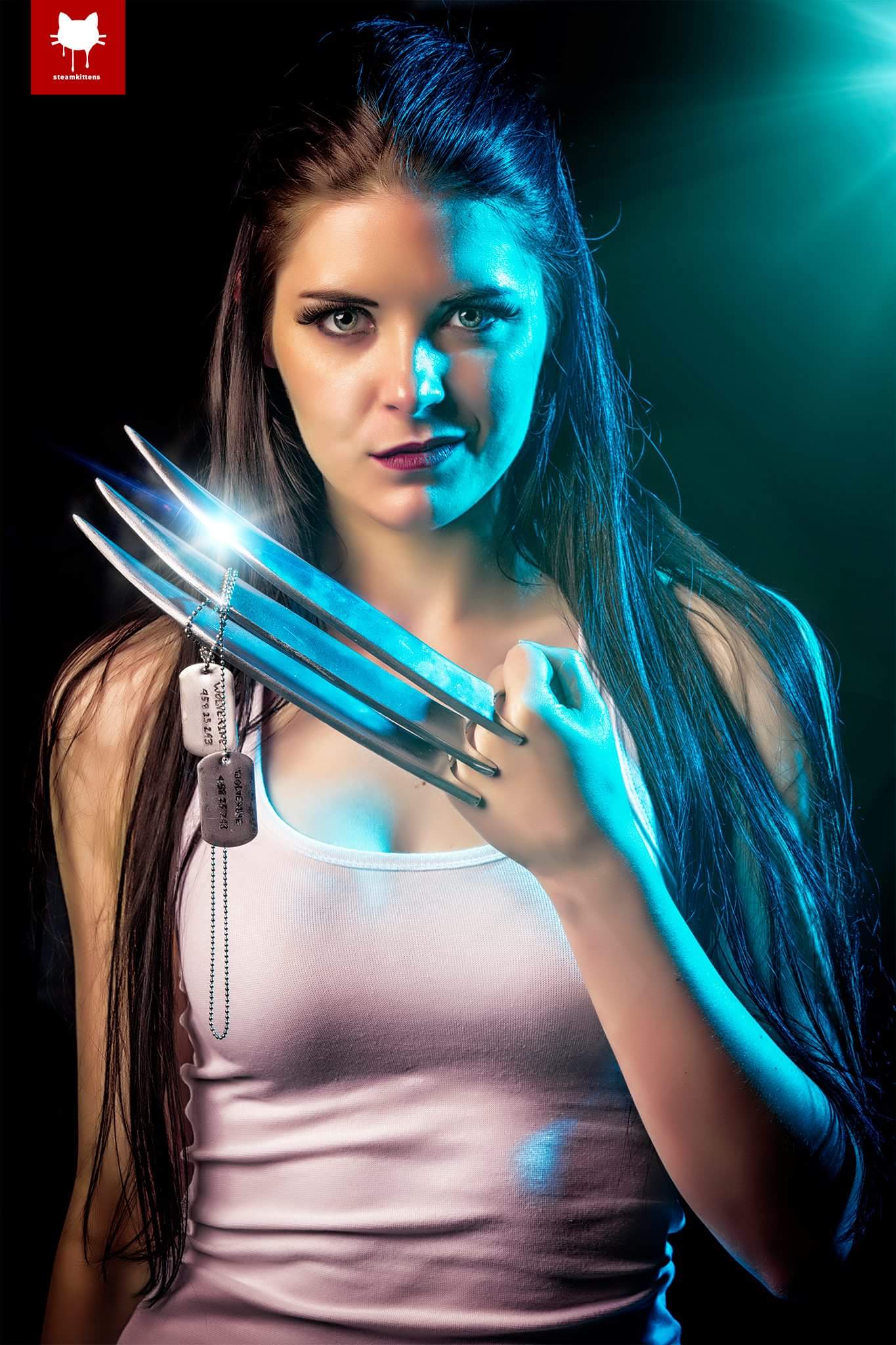 Photo of Wolverine by Steamkittens

AAGG:  What advice do you have for people that want to get into cosplay?

JZ:  I always recommend starting with something you’re committed to, because you’re going to need to hold on to that when things go wrong and you need to remember why you’re doing this. Also, Google. Google everything, because you will learn so much, some of it not even connected to what you’re looking for, but you’ll need it down the track somewhere. 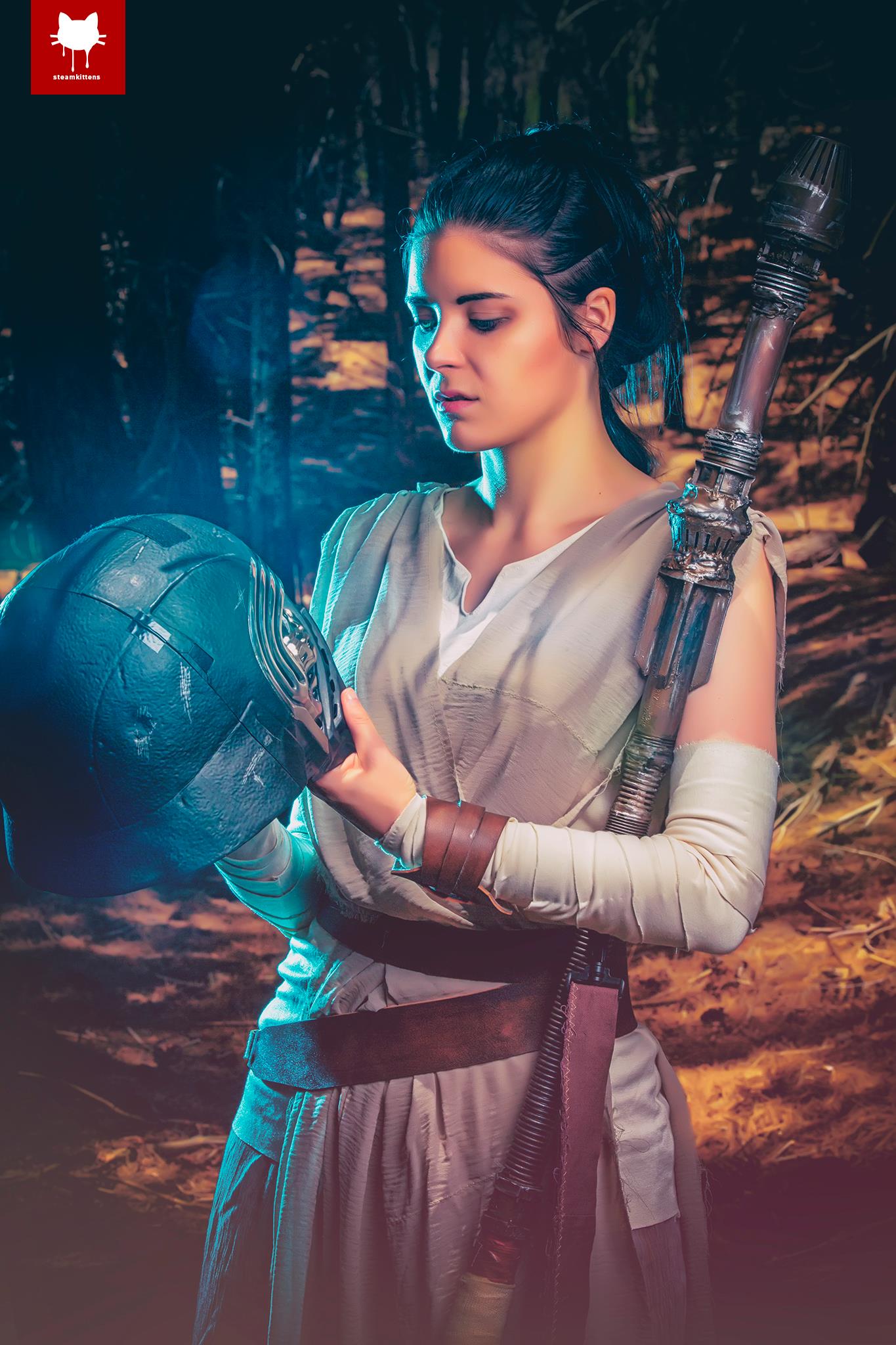 Photo of Rey courtesy of Steamkittens

AAGG:  Where should they start?

JZ:  Start simple. You don’t need to make 100% of everything to be a cosplayer. Buy pieces, alter them, thrift shop – these are all good ways to get started that don’t require owning a sewing machine and power tools. Set reasonable goals. The first costume I tried to make for myself was Lady Sif from ‘Thor’. Sewing and armour when I had never attempted armour before was a mess and it took me a full 18 mos and remaking almost everything twice before it was to a wearable state. Learn from my mistakes!

AAGG:  With the Fury Fingers videos (and others?) you have branched out into acting. Is acting something you have done before or was this your first experience?

JZ:  I love acting and I have a theatre background (actually musical theatre – I’m a trained singer). I wanted to be an actress most of my life but it never came together. I think this is why inhabiting the character is the part of cosplay that’s the most fun for me. I’ve done two short Black Widow videos with the JATSTV team and then the Fury Fingers video for Ubisoft. “The Diversion” was the most professional thing I’ve ever shot and I was blown away by their setup and work. I’ve already thrown my hand up for whenever they want me again. 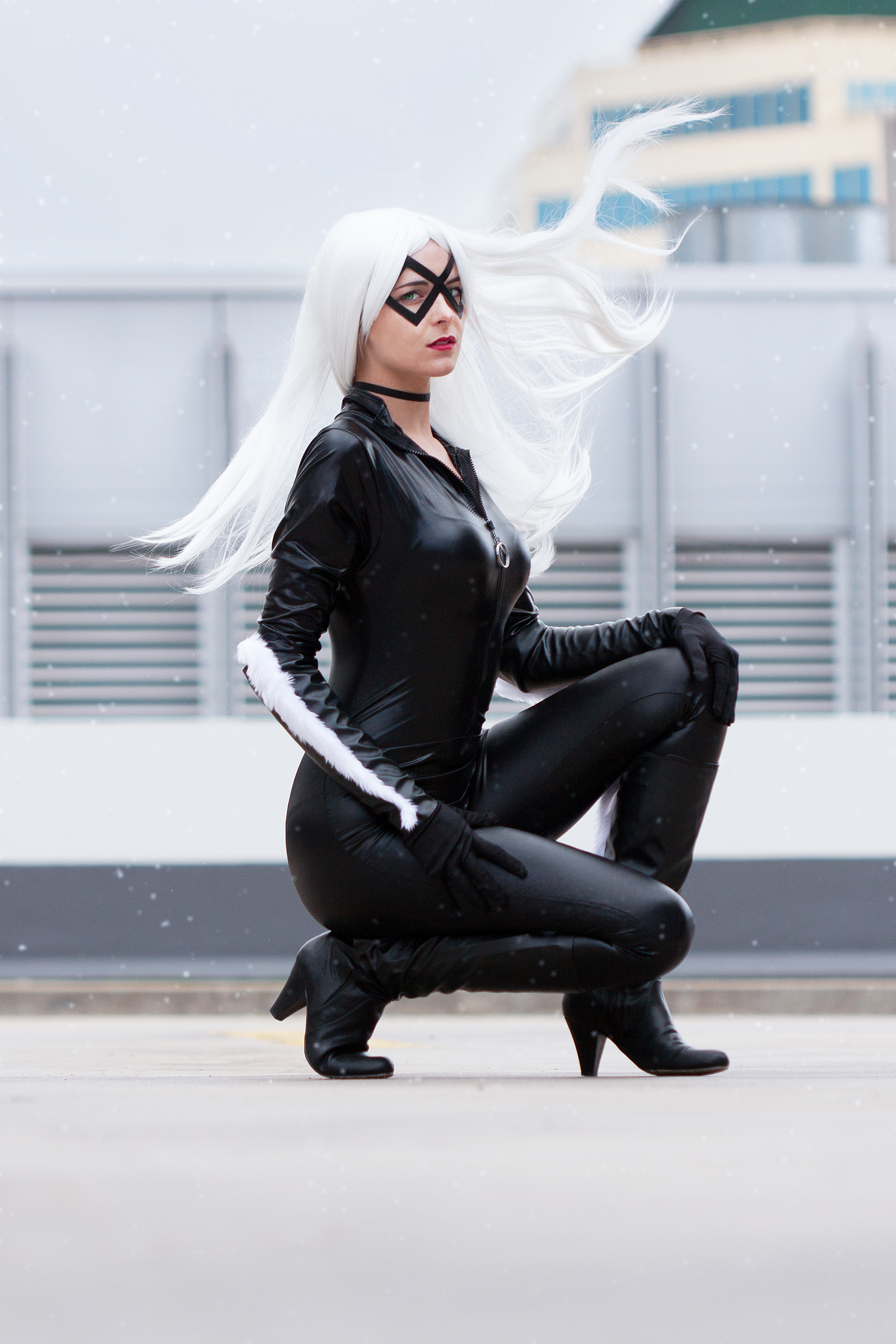 AAGG:  We always like to ask what our interviewees think about the future. So what do you see coming down the pike? Is there anything (movie, manga, or comic) we should look out for? Any trends in cosplay we should keep an eye on?

JZ:  I think Marvel is going to stay huge. From a purely cosplay point of view, the attention to detail on their costumes is outstanding and gives so much inspiration. Plus, their movies and Netflix shows are consistently knocking it out of the park. I think the trend of doing ‘other’ versions of characters – eg Steampunk, armoured, gender-swapped – is still gaining momentum, especially as so many talented artists are turning their pens and stylus towards these designs.

ACTION A GO GO would like to thank JusZ for taking the time to talk to us about her craft and what inspires her.

You can check out the full list of her social media accounts at the following links! Enjoy the gallery below. 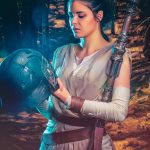 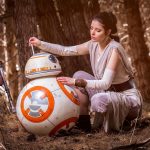 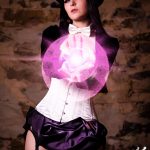 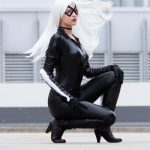 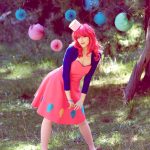 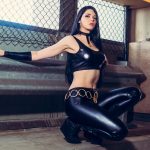 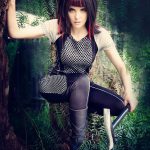 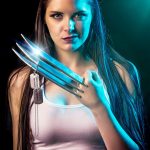 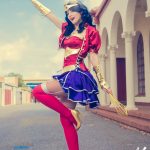