There’s a love-affair that artists have with super-heroes and mash-ups. Whether combined with old music albums or movies, the fusions are often quite a site. Minnesota-based artist Josh Lynch recently contributed his style of Marvel Comics combinations. Taking a cue from the 1987 film “Spaceballs”, he took Marvel characters and turned them into “mogs” (half-men, half-dogs). Fusing known Marvel characters with different breeds of dog, some of his art has an almost stealthy pun to it (the Doc Ock and Ghost Rider mash-ups come to mind). Of the 16 images, there’s only one female character he utilized: Jubilee. Even though writers can use the word “bitch” (with its most famous meaning) in the books now, I suppose Lynch wanted to avoid any potential controversy that would come with publishing any Marvel female character mash-ups. Here they are, along with my take on them: 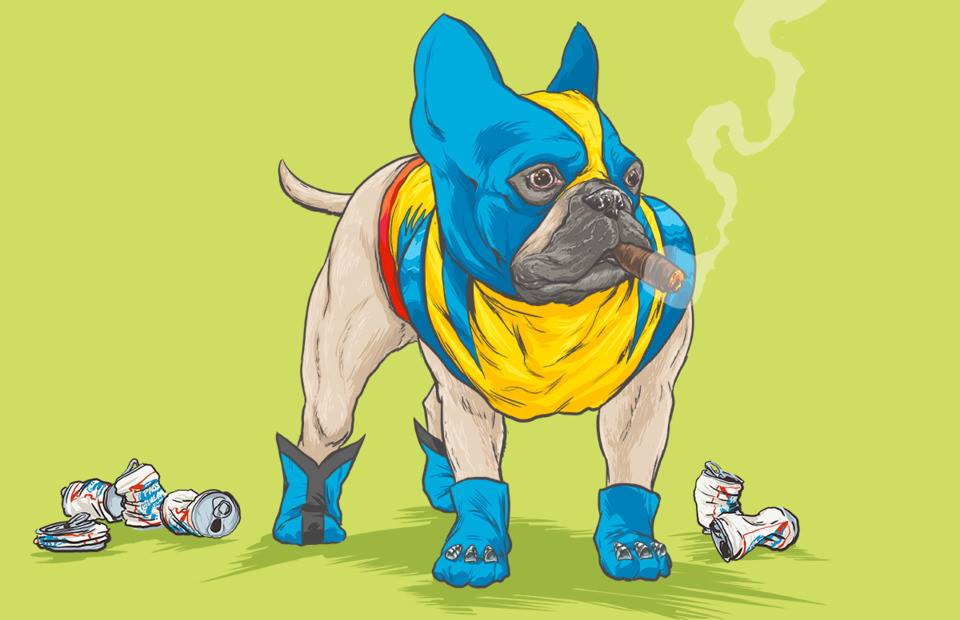 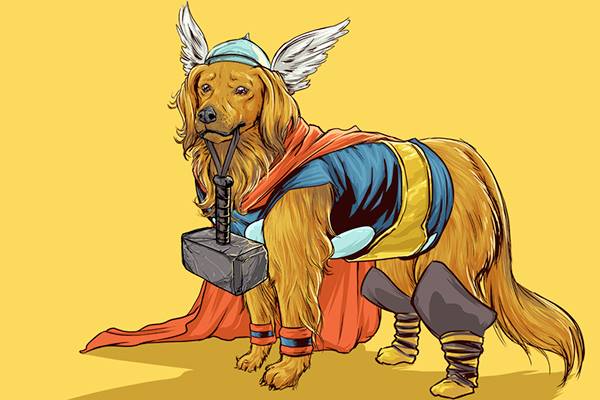 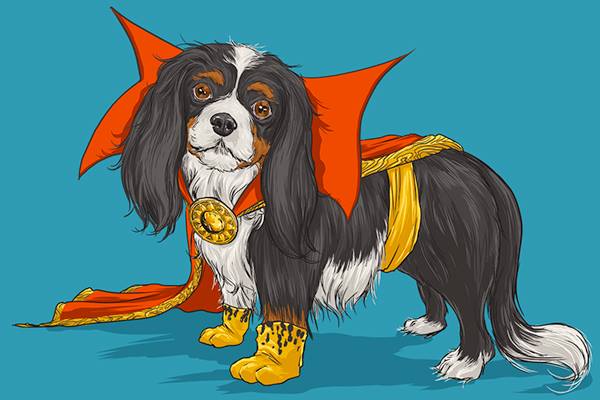 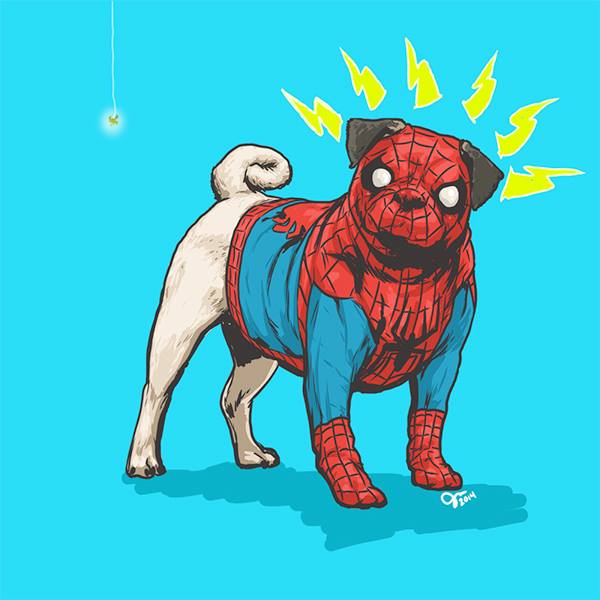 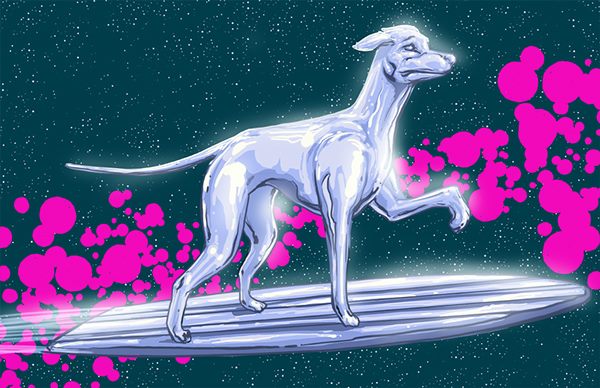 Surfer dog of the spaceways! 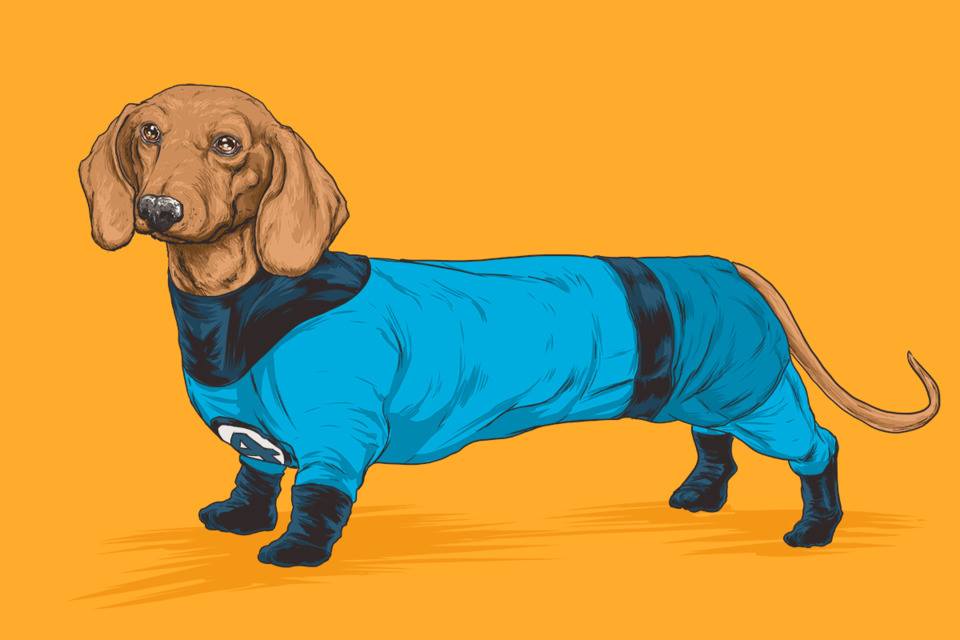 This dog breed’s a bit of a stretch. 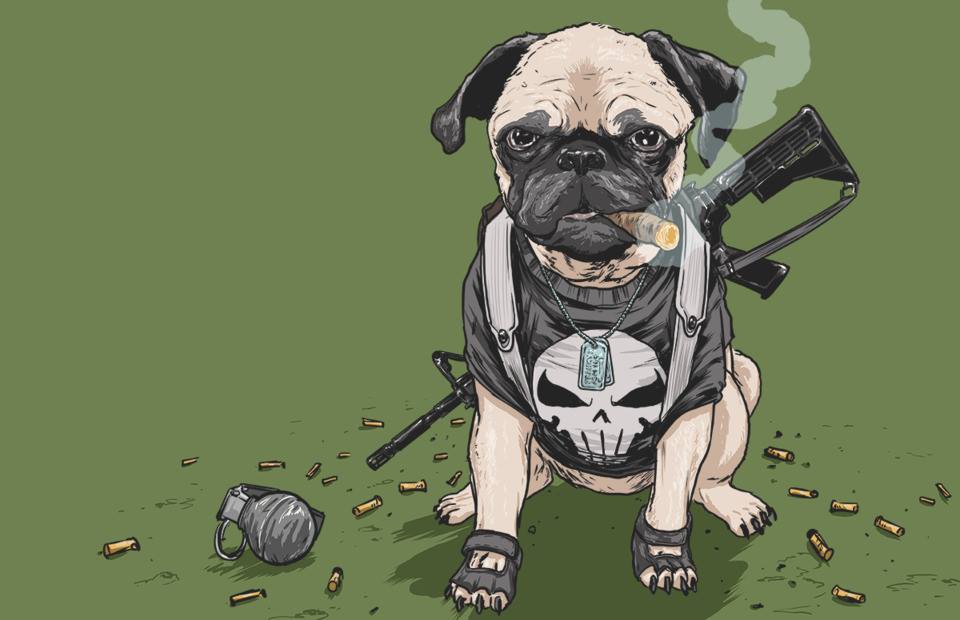 The dog from “The Adventures of Milo & Otis”…but with more testosterone. 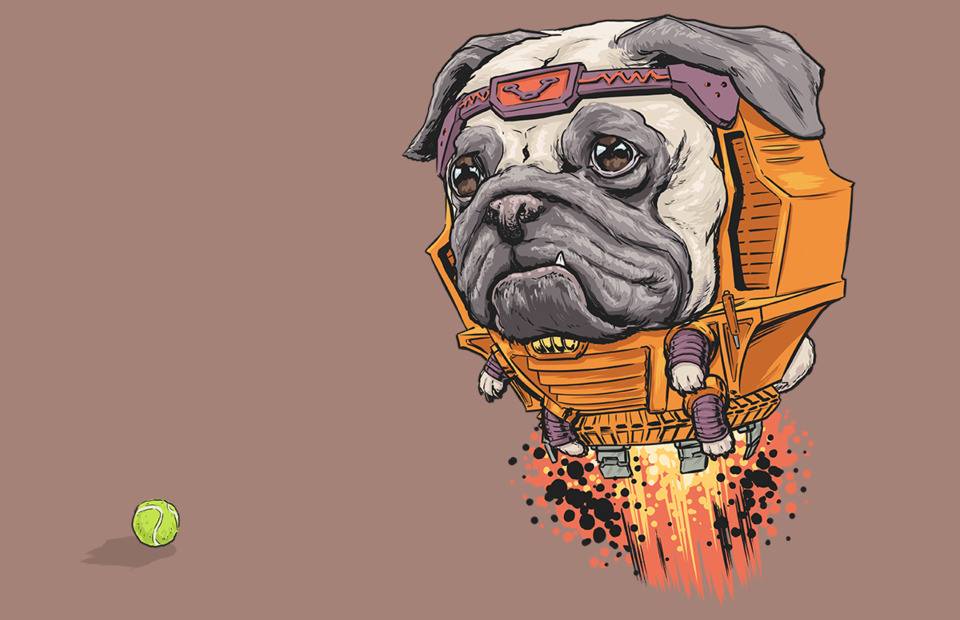 Sad-eyed pooch with a big head and a high-tech wheelchair. MODOK, pay attention! 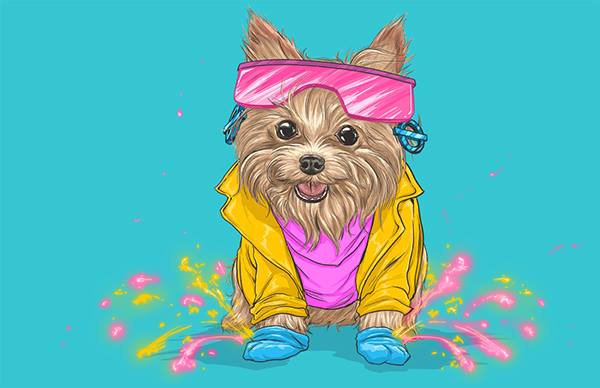 She’s a bit of a firecracker, ain’t she? 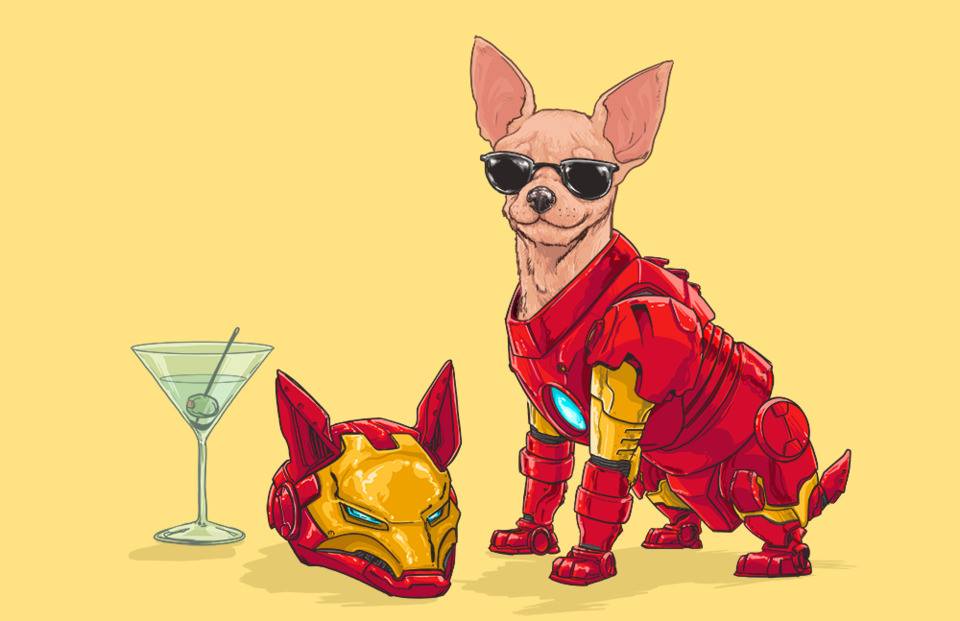 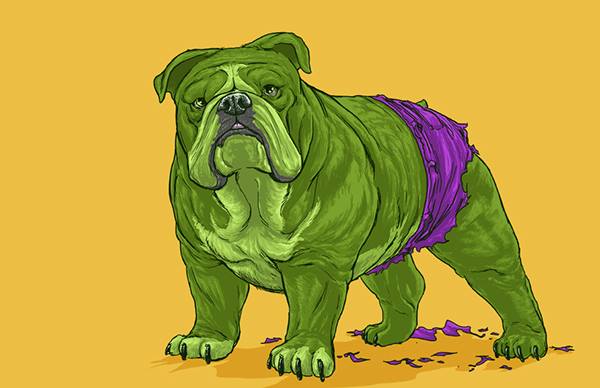 Was he a puppy before turning into a gamma-irradiated bulldog? 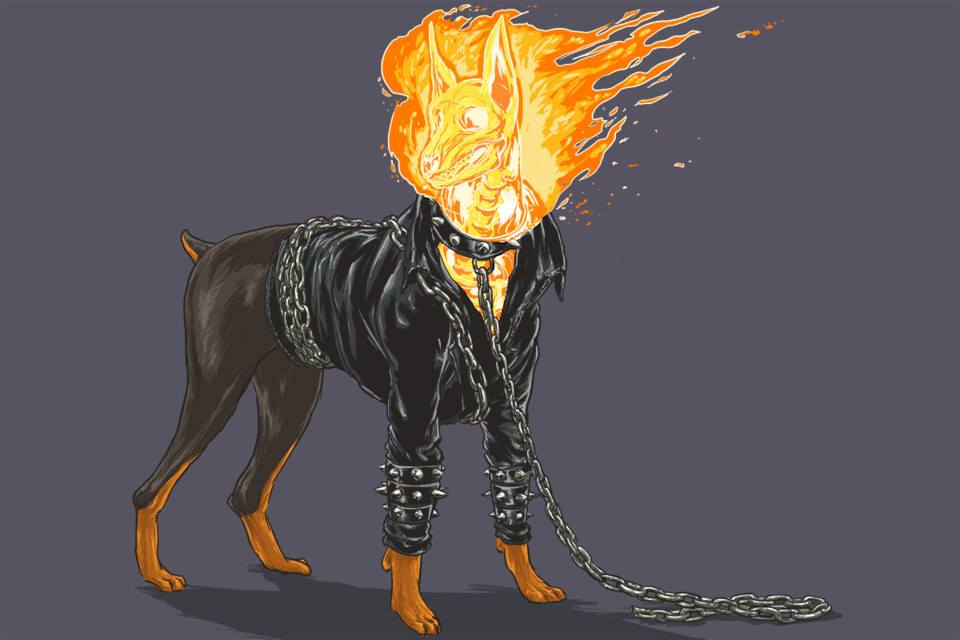 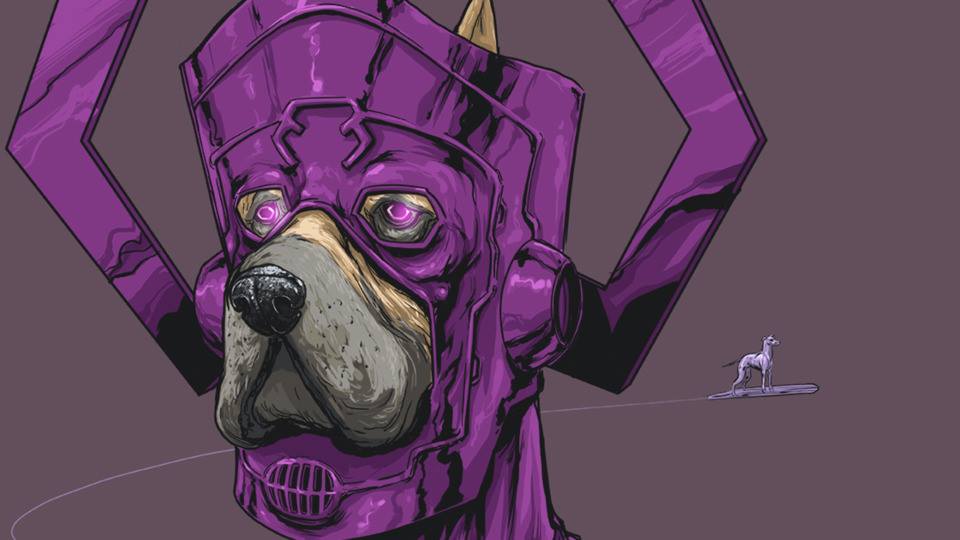 Giant bowls of dog food are his planets and the Surfer dog is his bit….yeah, you get the idea. 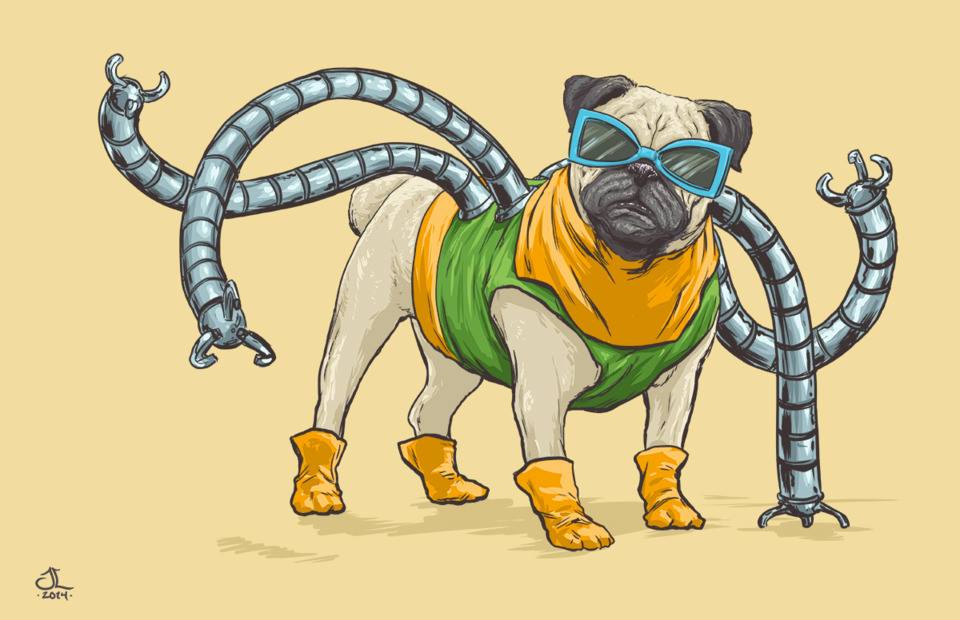 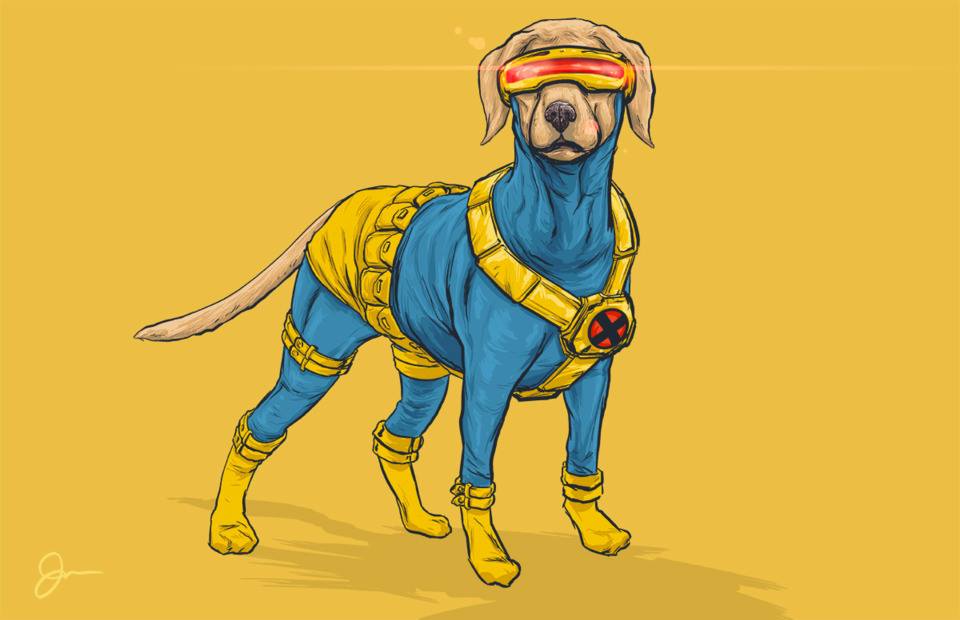 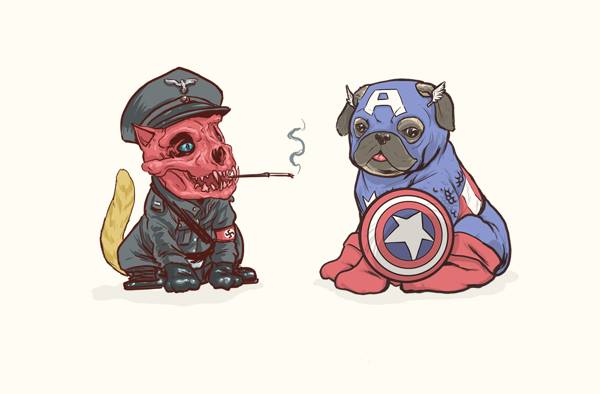 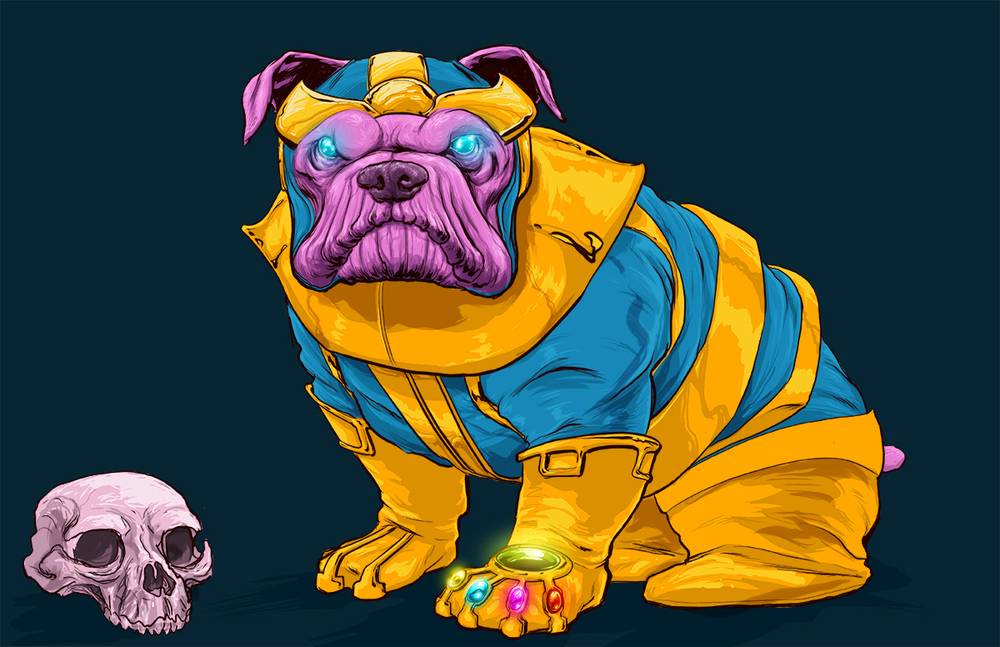 This dog’s got the Infinity Gauntlet and is obsessed with Death. Translation? BEWARE OF DOG!

Source: Neatorama | Action A Go Go on Twitter and Instagram |Be sure to leave your thoughts in the comments section!