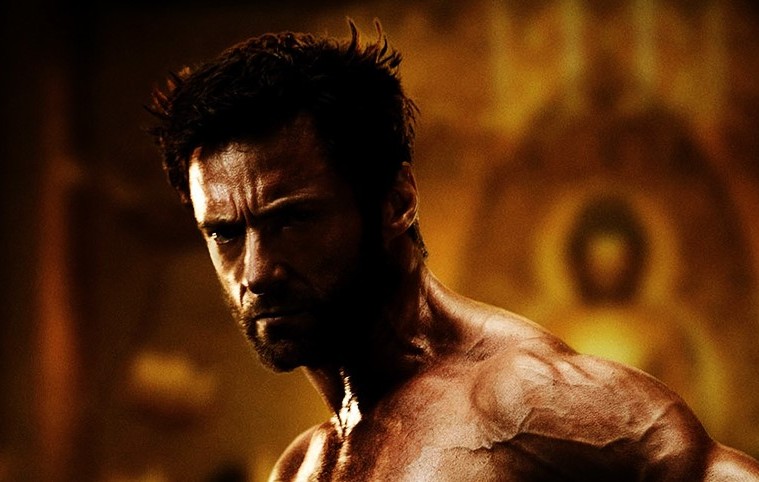 Editorial: Hugh Jackman Joins The 1000 lbs Club…And So Do I!

Everyone’s favorite X-Man is the best he is at what he does. Oh. Wait. No he isn’t.

To join this exclusive club you have to complete one rep each of bench press, squat, and deadlift what equals 1000lbs. For instance, Jackman bench pressed 235lbs, squatted 355lbs, and deadlifted 410lbs. That got him in and ACTION A GO GO salutes him!

He did this on May 11th and posted the Instagram Vids below in celebration.

The deadlift that brought me into the 1000lb Club.

So, this is awesome! But then I realized I was doing something similar without even knowing it. For a mix of reasons, including some scary health news, I started lifting weights consistently about a year ago. I’ve also been working on my diet, doing cardio, and getting into various sports. My inspiration along the way has been Arnold Schwarzenegger. It’s cliché to say at this point, but the more you learn about him and his methodology for attacking challenges it truly is inspiring. And using some of that motivation I have been increasing the amount of weight I’ve been lifting, working on my (terrible) physique, and trying (and I do mean “trying”) to make healthy diet choices.

While after a year I am nowhere near “cut” I have made “gainz” and ran the #’s. At the point of reading the Jackman article I was able to bench press 315lbs, squat 315lbs, and deadlift 315lbs.  That’s a personal goal I set just to give me some direction, but added up that’s 945lbs!

Knowing I was in striking distance … knowing I was so close … I became obsessed. I just had to make it happen.

While I usually do my lifts at Gold’s Gym I happened to be at a friends house, and he happened to have some weights lying around. I told him about my goal, and got to smiling.

The exercise would be deadlifts, the same that Jackman does in the vid, as that was the only one that was feasible with the equipment he had. We started loading up weights and worked up to 360lbs. I did a few reps and was feeling good. It was heavy, hard on my grip, but I wanted it. But he was out of plates to put on the barbell. He did have 30lbs kettle bell lying around. Ingeniously he strapped it to the barbell at the center to give me 390lbs.

And there I was. My goal staring me in the face. Laughing at me. Taunting me. But then I grabbed the barbell, picked it up cleanly, and put it down. Then I screamed and laughed! 1,020lbs dunzo!

It was tough, but I did it. Technically, Jackman did it all in the same day in a two hour period, from 8 AM to 11 AM. After doing some (very flimsy) research I did not find specific rules about timeframe but I am more than confident I can match this if need be.

The point of all this rambling about my weight lifting? It’s hard going after your goals, especially when you have a 9 to 5 job or family responsibilities or whatever else is getting in your way. Never mind seeing famous people or athletes do these incredible things and making it look easy. But if you stay committed and listen to Arnold you might just end up where you want to be, no matter how crazy the goal is or how long it takes you to get there. We work this into the “Action A Go Go Way” and encourage you to do so as well. My example was weightlifting, but you can apply it to any challenge.

But the most important lesson of all, even more important than the value of commitment, is that Hugh Jackman needs to step his bench press game up 😉

Source: The Star | Action A Go Go on Twitter and Instagram |Be sure to leave your thoughts in the comments section!