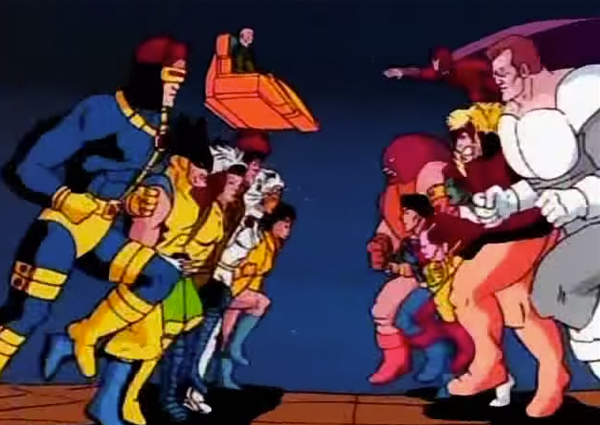 THE HONEST TRAILER FOR X-MEN: THE ANIMATED SERIES IS TOO REAL

Being a child of the 90’s was a fun, yet frustrating experience. For instance, I was a Marvel comics fan and there were precious few outlets to satisfy that jones outside of actually reading them. This was pre comic book movie domination, or “the dark ages” as they are commonly referred to.  While I was hanging on to rumors of an X-MEN movie coming out in 1993 (!) in the meantime I had shows like X-MEN: The Animated Series to keep me satisfied.

While it may have suffered from clumsiness at times it was able to show off an incredible amount of characters, dive into their individual stories without pandering (too much) to the audience, and (gasp) actually take all of the batsh** elements of the X-MEN comics and weave them into a show that was wildly entertaining and colorful. In most cases the stories were ripped from the comics themselves, which was even more impressive considering that studios still struggle with such things.

All of this and more came back to me when I saw the Honest Trailer below. It skewers that show the best it can while still trumpeting it’s praises. It’s fun to watch if you haven’t seen the show. If you’re like me and remember sitting in front of the tv waiting for X-MEN: TAS to come on and rock your world then sit back and prepare to take a ride on the nastalgia train.

It’s going to be a fun ride.

Let us know some of your favorite moments from the show in the comments.