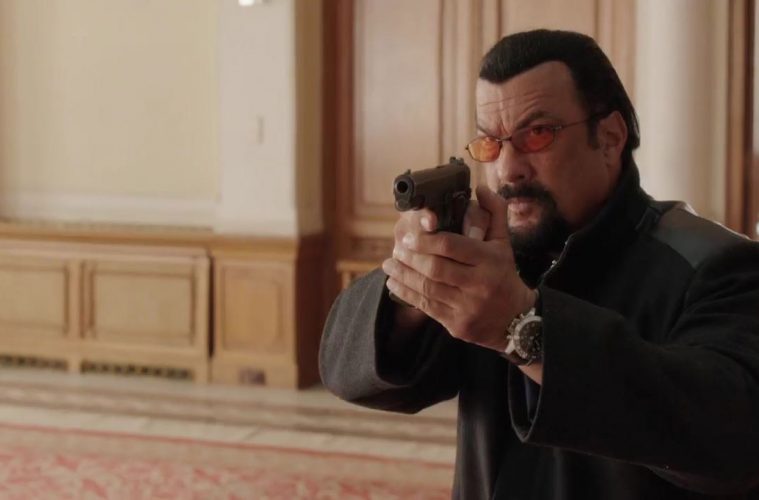 TRAILER: STEVEN SEAGAL HAS A CONTRACT TO KILL

Steven Seagal is back…. to speak slower than he ever has before.

That’s right. The aikido arm-waver returns to the on-demand video market and something that’s euphemistically called ‘select theaters’ in Contract To Kill.

In a plot that sounds like it was scripted by Donald Trump, Islamic terrorists team-up with Mexican drug lords to cause chaos in the United States.

Oddly, the America government seems powerless to prevent this (probably Obama’s fault) so recruit everyone’s favourite pony-tail enthusiast to travel round the world and talk to a few people.

“If we like them,” says Seagal. “We give them a box a chocolates. If we don’t we kill them.” (Which makes the film sound like a peculiarly violent Milk Tray advert).

The film looks a pretty typical example of Big Steve’s recent output with lots of shooting and close-quarter hand-slapping. But from the clips in the trailer Seagal seems to be speaking slower than he ever has before (then again, given how much over-dubbing we’ve put up with in recent films perhaps we should just be grateful he is actually delivering his own dialogue himself).

Contract To Kill is the fourth in Seagal’s continuing ‘To Kill’ series of films (it follows previous entries Hard To Kill, Out For A Kill and Driven To Kill). It’s directed by Seagal’s regular collaborator Keoni Waxman and apart from Old Totem Face stars no-one I’ve ever heard of before.

Contract To Kill is released on December 9.