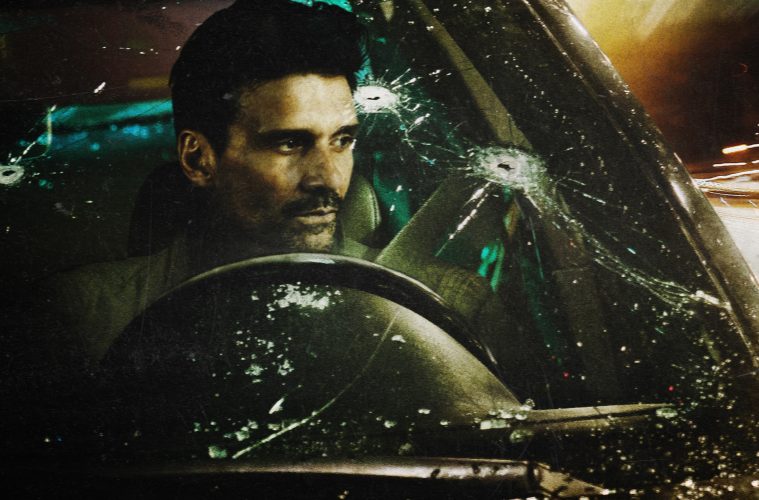 With his intense eyes and chiselled face, Frank Grillo has spent a decade as one of the most compelling character actors in a host of thrillers and action movies.

Recently he’s stepped up into leading man roles, most notably in The Purge series, and Wheelman – which has just been released on Netflix – provides him with another opportunity to prove he can carry a film.

The movie opens with Grillo’s nameless character acting as the getaway driver for a pair of bank robbers. The heist goes sideways when the eponymous wheelman receives a mysterious phonecall warning him that he’s about to be killed.

Grillo then finds himself hunted by a variety of mysterious forces who all want the money that’s now in his possession.

Wheelman is at its strongest during the disorientating first half. We’re quickly thrown, along with Grillo, into a murky world of double-crosses and mistrust. And Shea Wigham’s makes a brief but colourful appearance as an unhinged and unpredictable bank robber.

With the tight plotting and the action confined to the interior of a car there’s an intensity that sadly doesn’t last.

As the plot strands resolve the action takes increasingly predictable turns. This could have been ameliorated had there been a little more action to take up the dramatic slack.

But apart from a couple of perfunctory shoot-outs there’s very little to report. And it’s bizarre that in a film about a top notch getaway driver, there isn’t one good car chase.

Still, that shouldn’t detract from what is a very good B-movie. First time director Jeremy Rush slickly photographs the deserted night time streets. And Grillo proves once again that, in addition to a characterful face, he’s got proper acting chops.

In the Seventies, Clint Eastwood and Charles Bronson used the same skillset to become major stars. Hollywood is a different place today, but you hope that Grillo will get other opportunities to show what he can do.

Until then, we’ll just have to enjoy Wheelman. It’s a tough, serious, thriller. Get-in and take it for a spin.

Wheelman is streaming now on Netflix