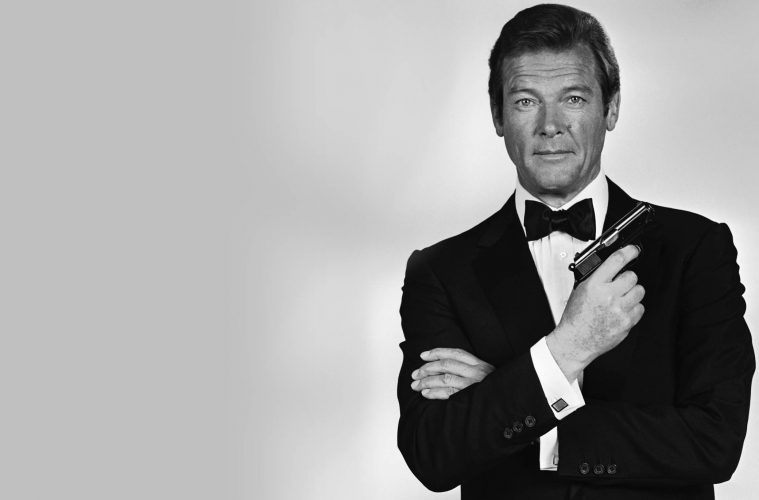 Roger Moore will always be best known to action fans as James Bond. But the much loved, and now much missed, 007 also starred in many other great adventure filled films.

On the surface this is just another of those WWII action flicks that Hollywood used to churn out. But anyone who’s watched will know that it’s one of the most bizarre entries in the war movie canon.

First, there’s the cast which appears to have been put together by selecting names at random: David Niven, Richard Roundtree, Telly Savalas, Claudia Cardinale, Stefanie Powers, Elliot Gould and, if all that wasn’t eclectic enough, Sonny Bono.

Then there’s the plot. Sir Roger the commandant of a German POW camp in Greece, where the prisoners are being forced to dig for archaeological treasures. Local resistance leader (Savalas) is ordered to break the prisoners out so they attack a U-boat base, before raiding a monastery for more antiques. Only to find that the monks are concealing a Nazi super weapon. Confused? I’m not surprised.

Despite the insanity of the plot, there’s no shortage of action and the cast seem to be having a rollicking good time. Their relaxed, amiable vibe infects the viewer and you can’t help but enjoy what’s otherwise a preposterous piece of guff.

Before The Expendables there was The Wild Geese. And if you’ve seen the recent Sylvester Stallone films you’ll recognise the premise: a bunch of ageing mercenaries are given a dangerous mission to complete whilst dealing with inter-team grumbling and a little light double-crossing.

Here Moore gets to star alongside legendary Hollywood hellraisers Richard Burton and Richard Harris. Elements of the film have not dated well (Hardy Kruger’s journey from foul mouthed racist to anti-apartheid campaigner in the space of one piggy back ride is toe-curling), but there is plenty of fun to be had from watching British acting royalty running around with machineguns. And there’s some genuinely hard-hitting action in the film’s final act.

When terrorists seize an oil rig and demand a ransom, the British government sends for a maverick former SAS soldier played by Sir Roger of Moore.

While ostensibly an action film, North Sea Hijack utilises Moore’s often underrated skills as comedian. Relishing the opportunity to send up his Bond persona, Roger plays the delightfully named Rufus Excalibur Ffolkes – an irascible, hard drinking, eccentric who despises woman. Among the many highlights is a hilarious scene where his character colourfully reveals the source of his misogyny.

Moore could do light, easy-going charm in his sleep, but in North Sea Hijack he gets to crankily irritate everyone around him and cold bloodedly despatch Anthony Perkins villain.

Roger Moore and Jean Claude Van Damme star together in The Quest. Yes, you did read that right. Quite how this cinematic combination came together remains a mystery. But by some odd act of alchemy, it works.

Set in the Far East during 1920s, this is essentially another Bloodsport-style punchfighter. So far so similar, but what elevates the film is the back-and-forth between JCVD’s martial artist and the crusty, upper class adventurer played by Moore. The double act is so enjoyable it’s a shame that they never reprised their roles in a sequel.

Another curious onscreen partnership sees Moore paired with leathery tough guy Lee Marvin. Set during World War I, this piece of adventure hokum sees our two heroes bounce around Zanzibar getting into a variety of scrapes. There’s a genuine chemistry between the two leads not to mention a terrific fist fight.