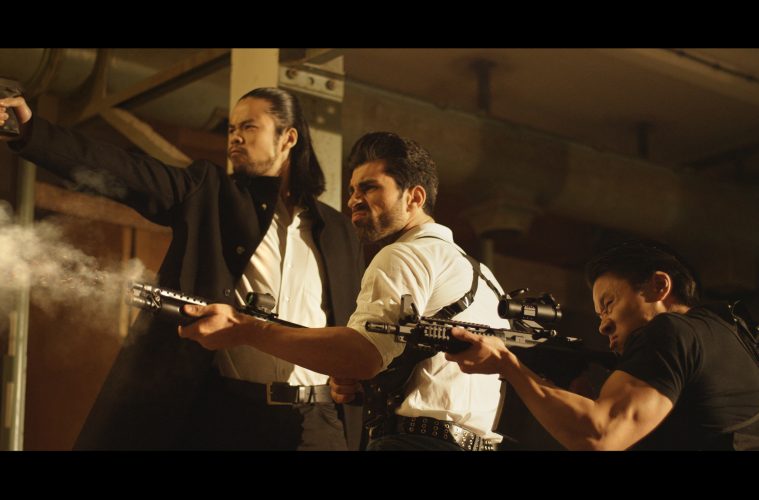 ‘PLAN B’: YOU DON’T NEED TO UNDERSTAND GERMAN TO ENJOY THIS ALIEN SHORT

We really haven’t talked much about the upcoming PLAN B. That ends now.

The following short film is purely promotional but gives you a good idea of what to expect when PLAN B comes to theaters June 8th. Well…German theaters, at least. The rest of us will have to cross our fingers and hope that Fox gets with the program and gives this one a U.S.A. release sooner than later.

About PLAN B: SCHEISS AUF PLAN A (official trailer follows):

Three martial arts experts embark upon a search for a treasure that will allow them to save a friend from the clutches of a scrupulous gangster. They will soon find themselves immersed in a complex conspiracy that’s aimed at putting an end to the boss of Berlin’s underworld. A bash ‘em up comedy that pays tribute to the eighties and nineties American action flicks.