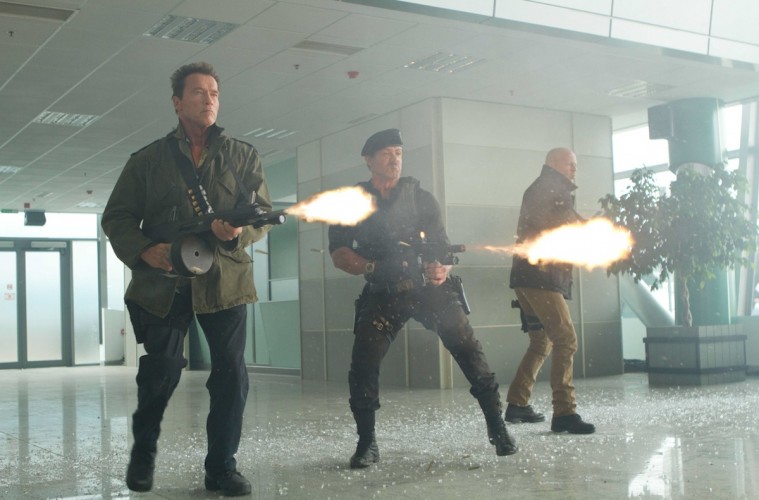 After The Expendables proved the old adage that it was never too late to put old dogs through exactly the same tricks, it was inevitable that Sylvester Stallone would round up the boys for a sequel.

So, on this episode of the Exploding Helicopter podcast, the team are looking at The Expendables 2 (2012). They look at the series evolving tone, ponder what today’s teenagers make of seventy-something action stars, and speculate who will appear in a future Expendables reboot.

They also look at the film’s classic exploding helicopter which sees a motorbike used as an improvised surface to air missile.

You can find Exploding Helicopter on iTunes, Stitcher, Acast and Spotify. Or listen to it right here….