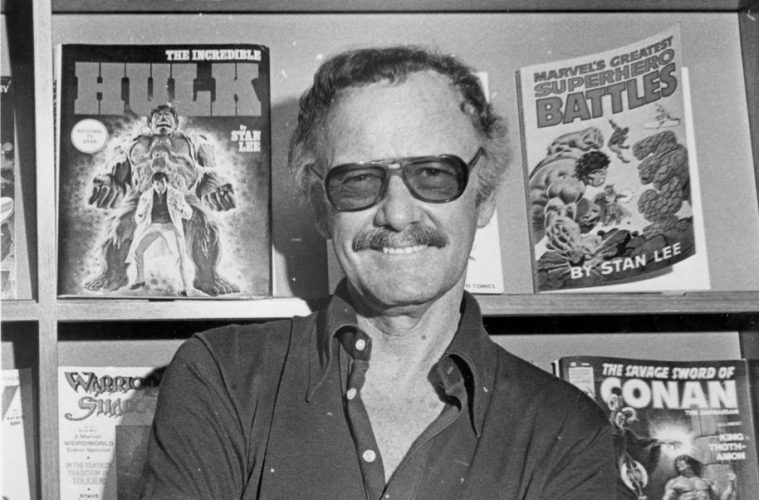 STAN LEE, A TRIBUTE TO THE LEGEND

Stan Lee, entertainment legend and comic book icon, passed away yesterday at the age of 95. He is survived by his daughter, J.C Lee.

In regards to his legacy and his amazing career, it is hard to know where to start. We all know him as this amazing “presence” in the comic book industry and by extension the movie industry, where his ideas conquered in an environment that still tries to look down on the medium. It’s fitting that he got to see his ideas rit large, with hundreds of millions, probably billions, of people enjoying the work he created with a whole host of industry legends like Jack Kirby and Steve Ditko.

While towards the end of his life he did face criticism for how those associates were treated, it’s important to remember just what the comic book industry was when he started. Small publishers were making a mint selling comic books to kids in the 1950’s and 1960’s, and this success waxed and waned, and all the while Lee steered the ship that was Marvel comics the best he could. While DC comics mostly overshadowed Marvel for much is his career he still made smart business moves and reared hot talent after hot talent that was able to keep the characters he created, as we as completely new ones, relevant and entertaining for generation after generation.  The heroes he was directly involved in creating, such as Spider-Man, the Fantastic Four, the Incredible Hulk, and the X-Men have come to dominate pop culture in a way that is unprecedented. It’s not hyperbole to say that Lee has a place next to Shakespeare in terms of sheer cultural impact. While he was not a solo artist, his business savvy and salesmanship kept him relevant for decade after decade, and his willingness to NOT take himself seriously made him charming and possibly the most down to earth person in the business.

Then there was what he did for the kids. I grew up in the late 80’s and early 90’s, a.k.a the “dark” times for Marvel Comics. But through it all Lee was there, encouraging kids like myself to dream, to be “true believers”. It’s hard to describe what that meant to a boy who wasn’t one of the cool kids and felt like an outsider. But he created a whole universe for us to enjoy. One where heroes were able to pull through no matter how flawed or ostracized they were. It was revolutionary in its own way and tapped into a mythology that courses through our veins.

All through the many era’s and challenges were his trademark sayings. Excelsior. ‘Nuff Said. Face Front, True Believer. These were his calling cards, and when you saw these written in a Marvel comic or heard him utter them with near shamanic power you knew what you were getting. Solid, lovingly created entertainment that lifted the spirit and helped you dream. This is his legacy, and it’s a pretty damn good one for a Jewish kid from New York named Stanley Martin Lieber who was just looking for a job.