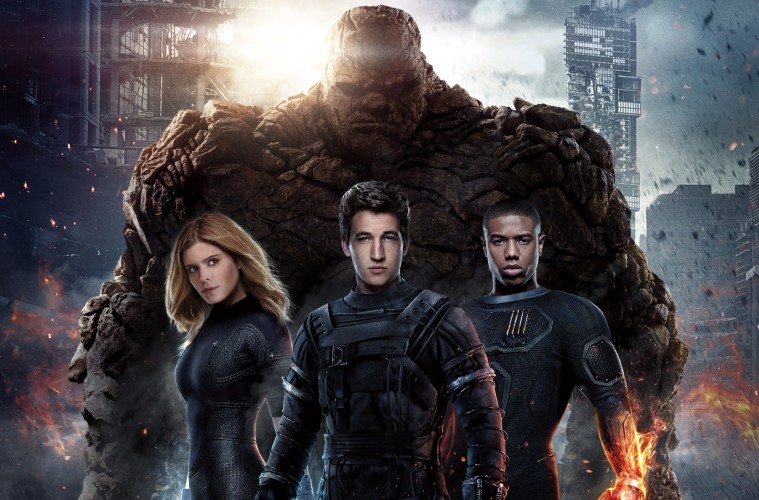 The Fantastic Four reboot was let loose on the world and the Internet has spoken … and it is not pretty.

As a quick recap, Fox owns the rights to Fantastic Four and the X-Men and if they don’t have movies in production for those characters the rights to those properties goes back to Marvel Studios. So this film, at least partly, was made to make sure Fox retains those movie rights. Oh, and to somehow make money off of the film.

But Marvel (and by extension Disney) has not been playing nice. They stopped printing the Fantastic Four comic and refused rights to lucrative tie-ins like toys, posters, and other ancillary materials that can help boost profits on the back end.

In the end it looks like Marvel had plenty to be angry about. All of the worst fears about a non-Marvel movie made about Marvel characters have come true with the Josh Trank directed (or was it?) Fantastic Four film. It totally misses the tone of the comic, is a dour and befuddled mess, and frankly isn’t fun to watch. You want proof? Ok, well let my close friend, the Internet, explain.

Fox, as usual, unleashed the marketing dogs of war to trumpet this movie on Twitter and Facebook. But the wonderful thing about social media is that the fans, or just disappointed moviegoers, can talk back.

Below are some examples of what the battle worn marketing team went through. Shield the eyes of your children. This is going to get brutal … 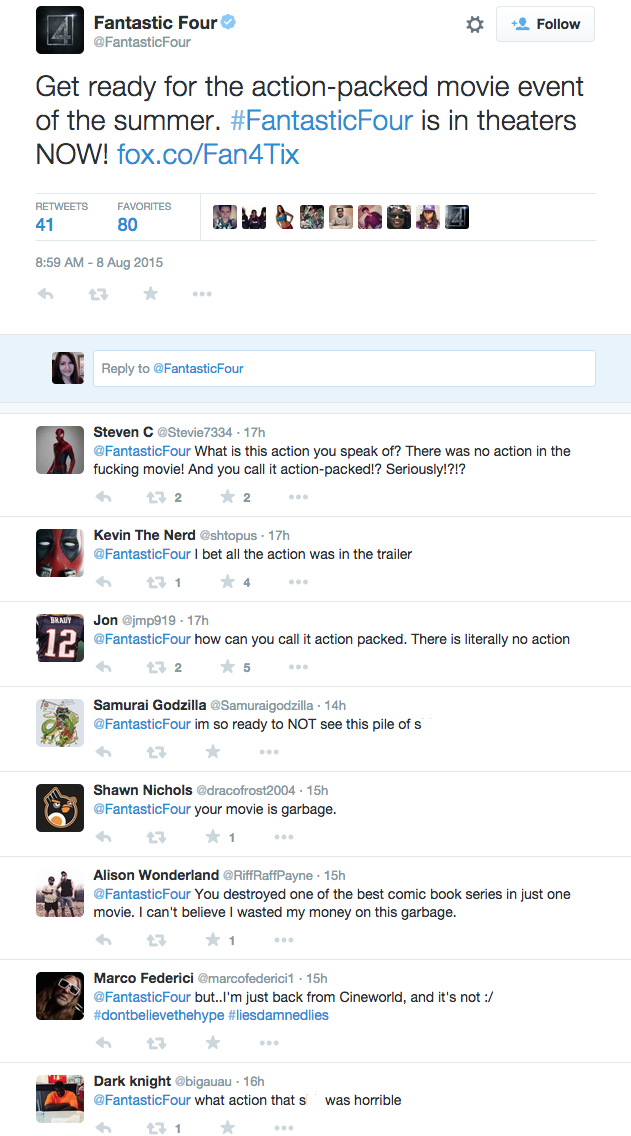 … and it keeps going. 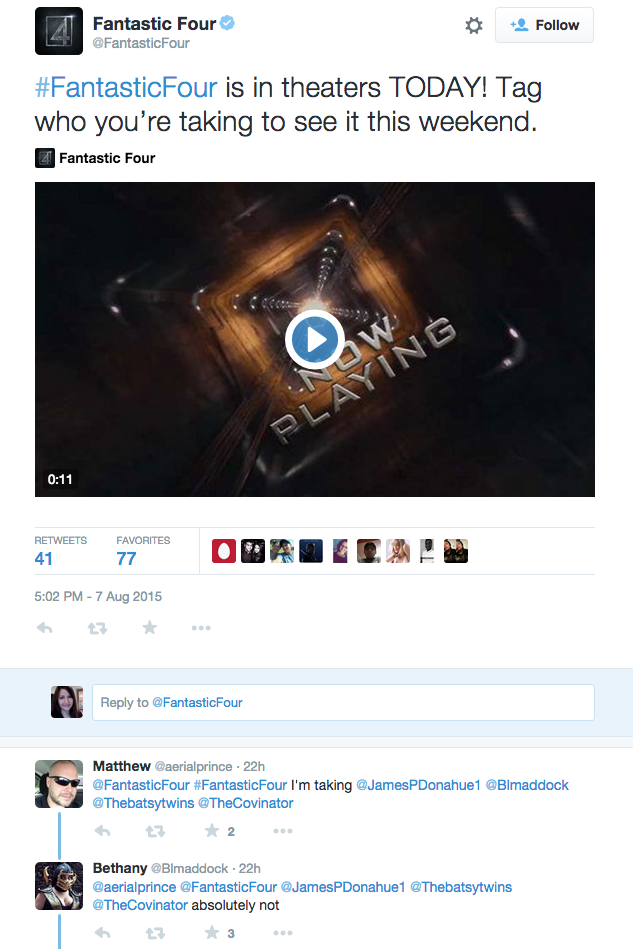 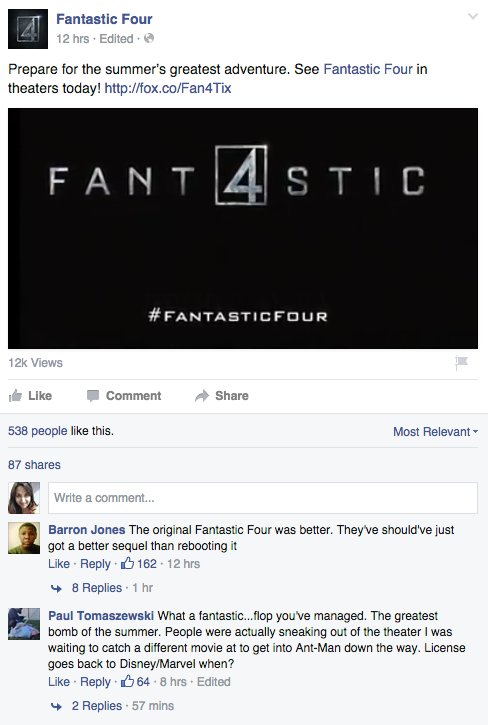 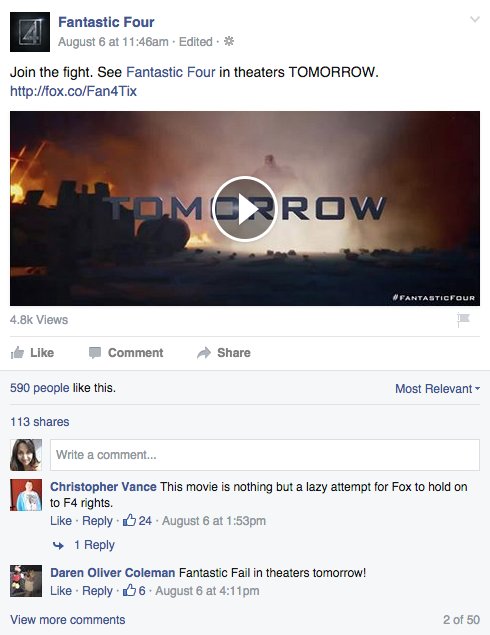 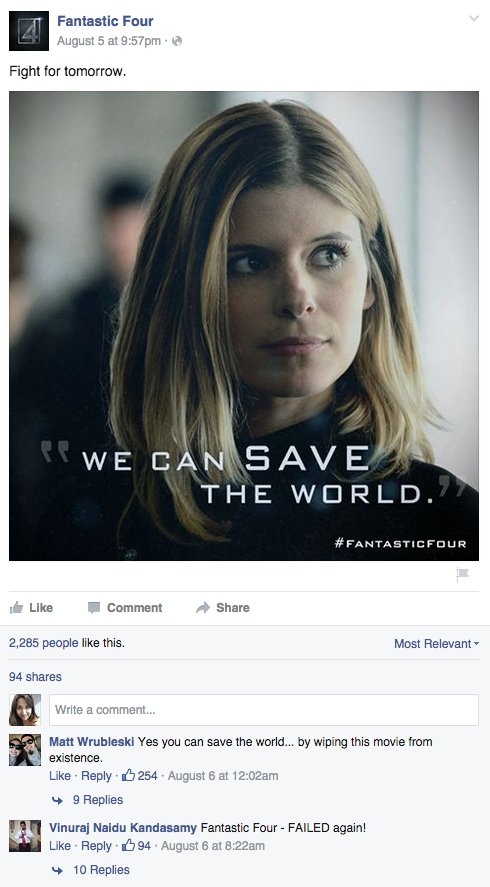 All kidding aside, yes, this movie is a huge disaster. It’s a black eye for Fox Studios and Josh Trank. Fantastic Four 2 is on the schedule, but it’s going to come off as even more of a cash grab/rights protection move that begs the question: What is the use of keeping the rights to the Fantastic Four from Marvel if the property is close to useless for you? How many times is FOX going to want to swallow this poison pill?

As per usual, the international receipts may save this film from being a total disaster, but if they don’t then this is set to be an epic bomb that Fox will have to write off — much like Disney did with The Lone Ranger. To add insult to injury the film is set to do worse than Green Lantern, one of the most hated superhero films of recent memory and a film largely regarded as a failure.

The takeaway from all this? For me, it just goes to show you that while the Marvel method of making movies may be repetitive, they know what works and know how to repeat it. For other studios, going on close to two decades since the comic to movie bandwagon kicked off with Spawn, these skills are still too tough to learn.

Source: Business Insider | Action A Go Go on Twitter and Instagram | Be sure to leave your thoughts in the comments section!