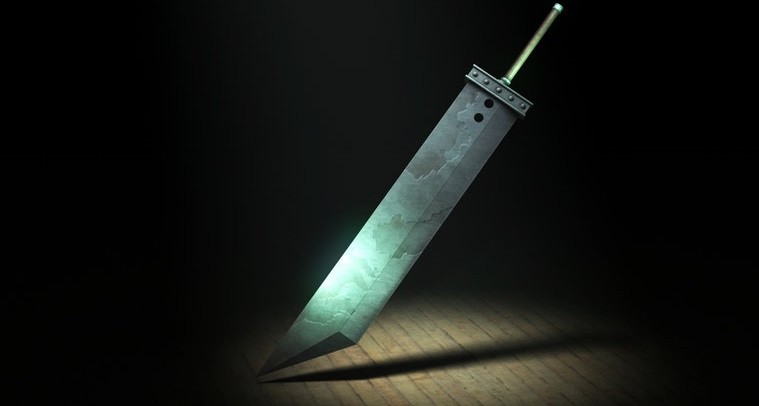 The role that weapons have played in video games has been integral. There have been some video games that have included some of the most imaginative and intriguing weapons I’ve ever seen, and I wanted to publish some of my favourites. So, this article takes a look at my top ten list of weapons in video games. 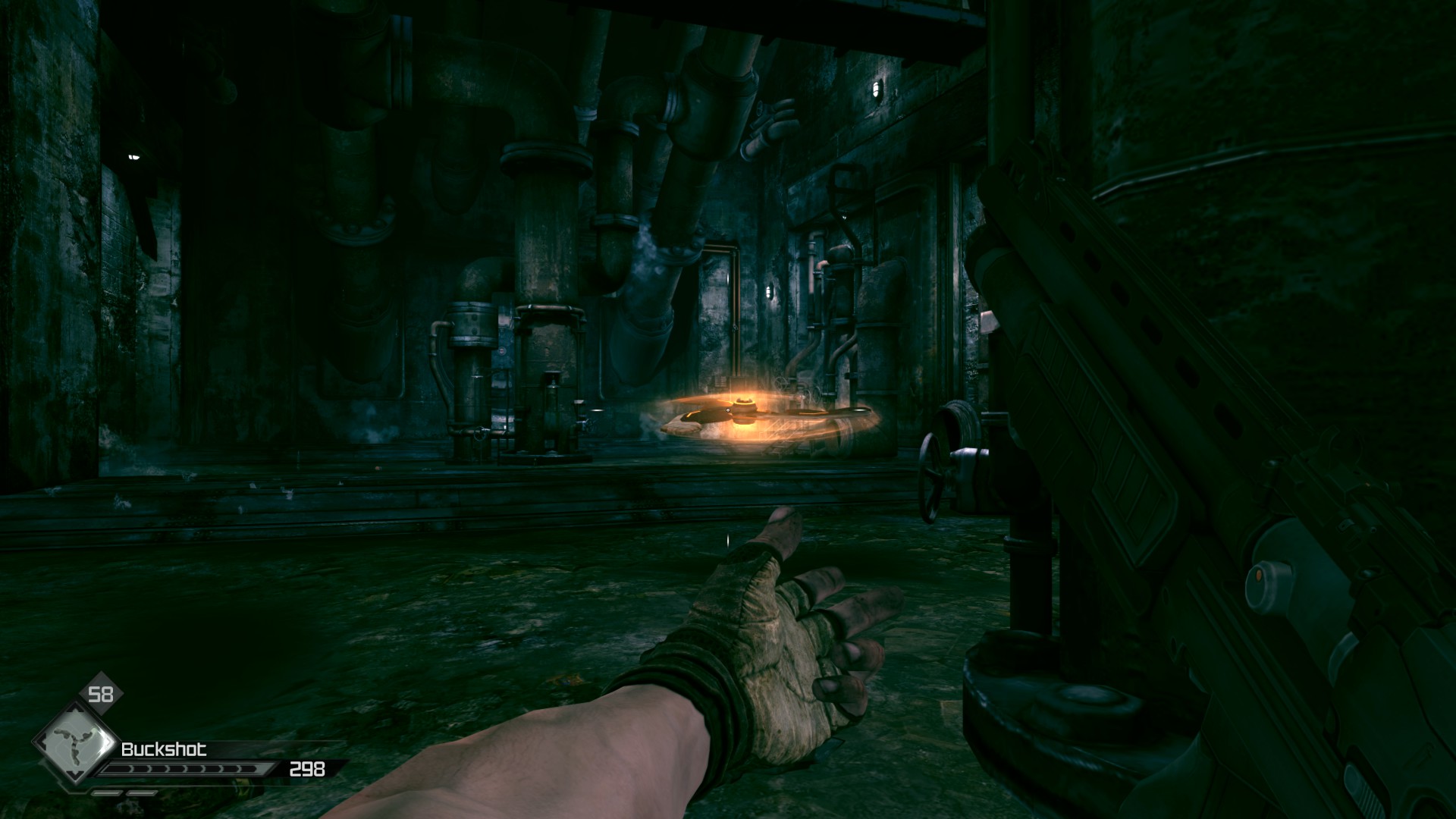 Unique in design and a very useful tactical option whilst playing the game, wingsticks are primarily used to perform stealth kills so as not to attract the attention of other enemies and to conserve ammo. The best way to describe them would be to liken them to bladed boomerangs; they are thrown at enemies to deal damage, and can sometimes come back to the player to be reused. The wingsticks reminded me that it could be unnecessary to rely solely on guns in a first-person shooter. Halo first taught me that lesson, given how much use the melee attack is, but using the wingsticks is far more tactful, exceptional and satisfying. 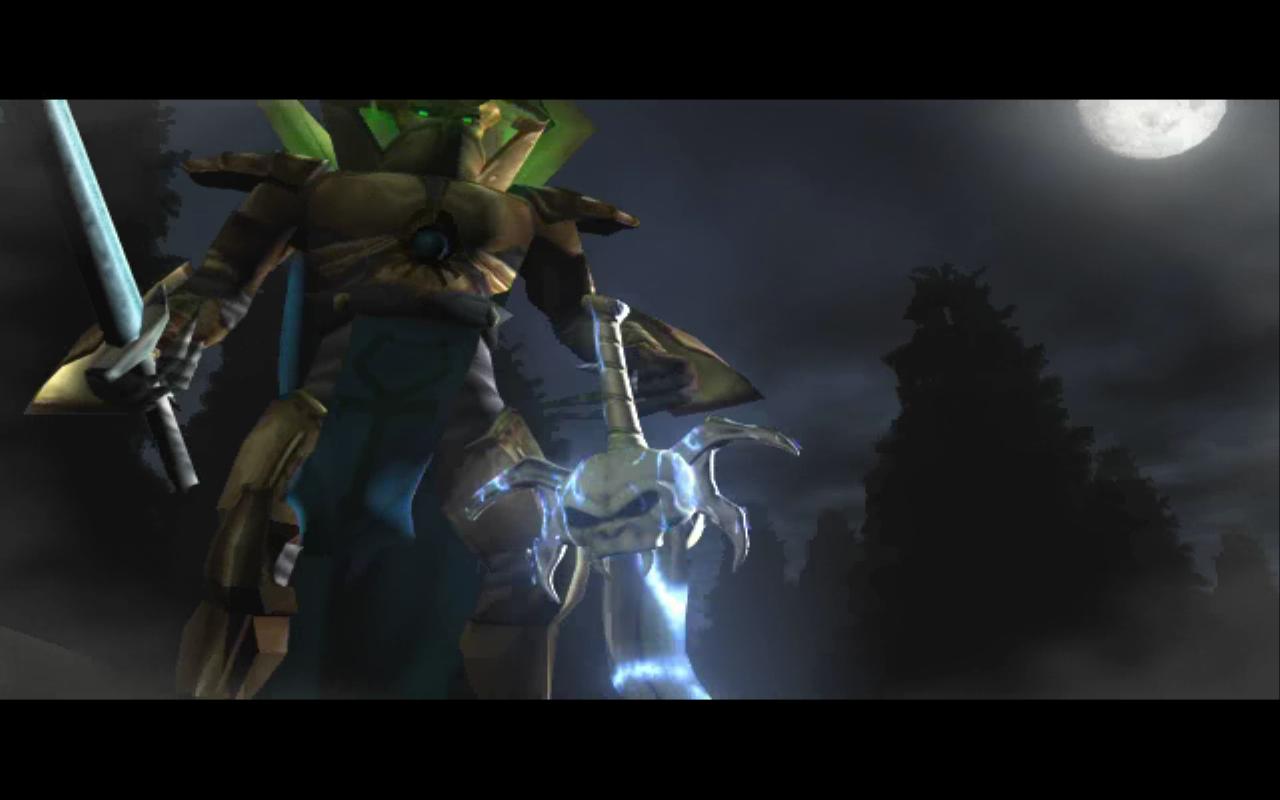 “The Soul Reaver; Kain’s ancient blade. Older than any of us and a thousand times more deadly. The legends claim that the blade was possessed; endowed with the ability to drain the lifeblood of its victims. For all out bravado, we knew what it meant when Kain drew the Reaver in anger… it meant you were dead.”

– Raziel’s monologue on the Soul Reaver in Legacy of Kain: Soul Reaver

My favourite type of weapon in general is the sword. That’s why when I play adventure games or fighting games, I always look out for cool-looking swords that stand out among others. The Soul Reaver is one of my favourites. The way it looks is outstanding, and the fact that it has such an extensive back-story is quite remarkable. I’ve already made the point that the Legacy of Kain has easily the best story ever told in a video game (albeit a thus far unfinished one), but it was elements like the Soul Reaver that made both the story and the game itself the phenomenon that it is. 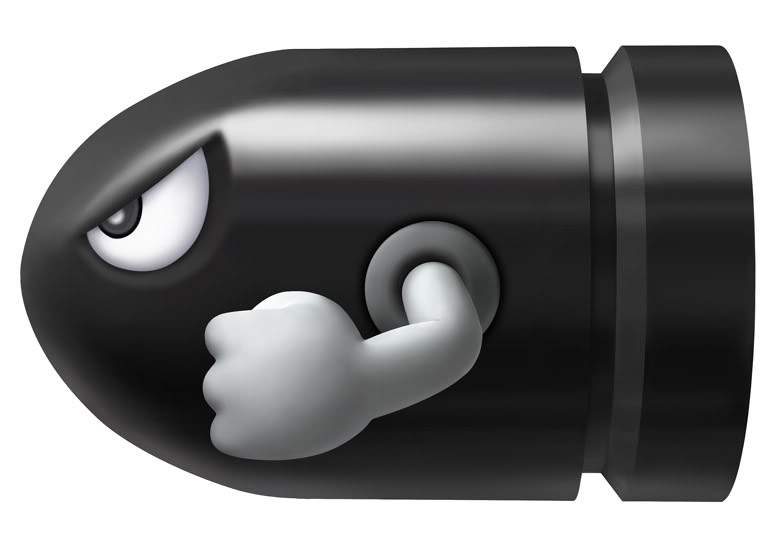 Mario Kart Wii is by some distance my favourite racing game of all time; and it was elements like Bullet Bill, which made it so. When a player collects one of these items and activates it, their racer turns into the historic Super Mario villain and gives the player a boost across the racecourse for a limited time. The player also has the chance to knock out any other racer caught in the crossfire. What I love about this weapon is that it gives players the chance to turn the outcome of the race around immediately. The player could be dead last in the race, and just at the last couple of terms could get themselves back in contention to win. Also, when me and my brother played this game all the time, we would always used to shout “BULLET ME!!!!!!” whenever we picked one up and used it, which used to make us laugh a lot. 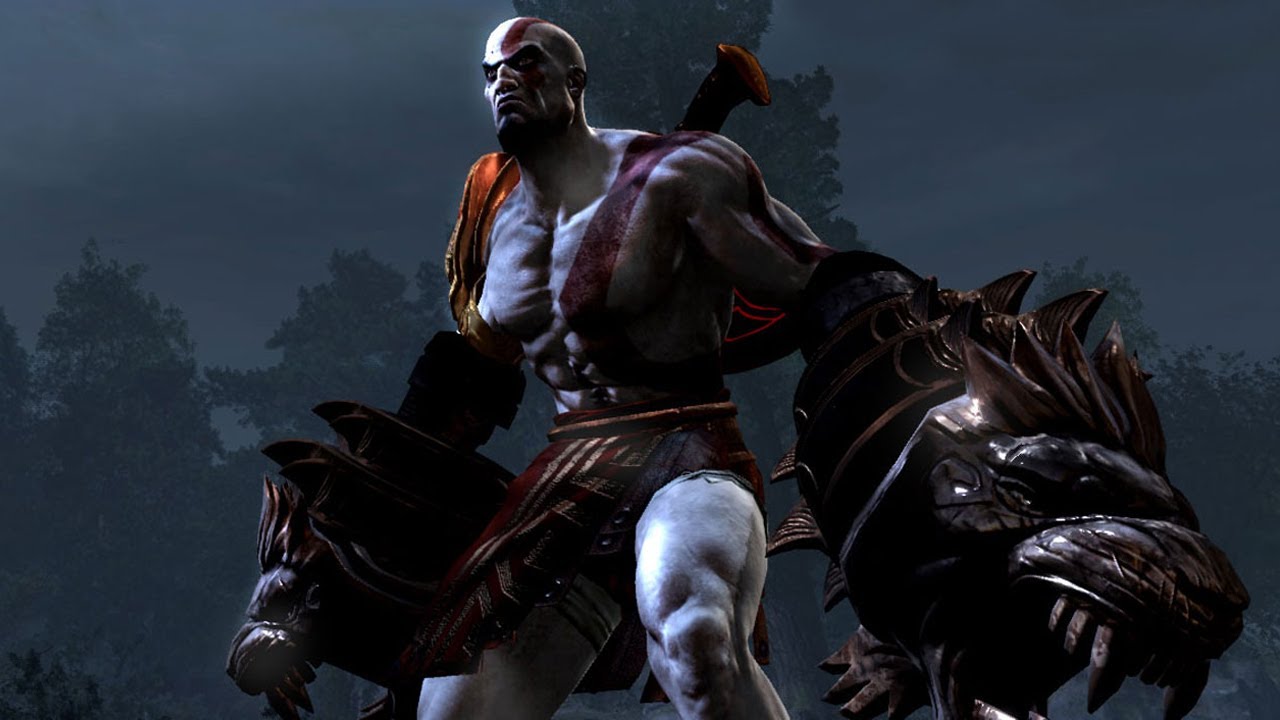 The God of War games, whilst somewhat short-lived, have an amazing level of variety in enemies to fight, settings, bosses, puzzles, and also weapons. My favourite weapons in the franchise are the Nemean Cestus. They are a pair of metal gauntlets in the shape of lion’s heads. Kratos takes them from Hercules in their fight mid-way through God of War III. Supposedly, Hercules obtained them after killing the Nemean lion. The first time Kratos puts these to use is both brilliant and downright brutal at the same time. What happens is that Hercules, using his inhuman strength, tries to lift the stage on which the fight is taking place over a mountainside below with Kratos still on it. However, Kratos, using the gauntlets, manages to hang on, beat the stage back down onto Hercules, supposedly crippling him under it, and smashes Hercules’ face in with one of the Nemean Cestus until Hercules is dead. Before I started playing God of War III, I watched a teaser trailer where Kratos uses the weapons, but I never could’ve predicted that they’d be used to depict that level of brutality; but God of War is God of War. Brutality is a watchword for the developers. 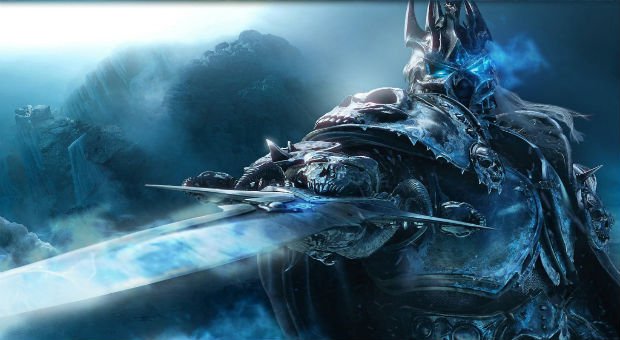 Frostmourne is yet another cool-looking sword from a very exceptional game. In design and ability, it’s very similar to Soul Reaver, but Frostmourne looks so much better; especially in one of cutscenes in Warcraft III, whereby Arthas returns to Lordaeron and kills his father with it. Part of the cutscene is shot with the camera scrolling up Arthas as he kneels to his father with Frostmourne in hand. The blade has runes on it, there are more blades on the cross-guard, the rain guard is in the design of an animal’s skull with purple smoke emanating from it, which makes it look incredibly frightening and the pommel has skulls and spikes strewn all over it, as if to say this sword was designed to more than merely delivering an incomprehensible amount of death; it was designed to leave a scar in the mind as well as on the body. 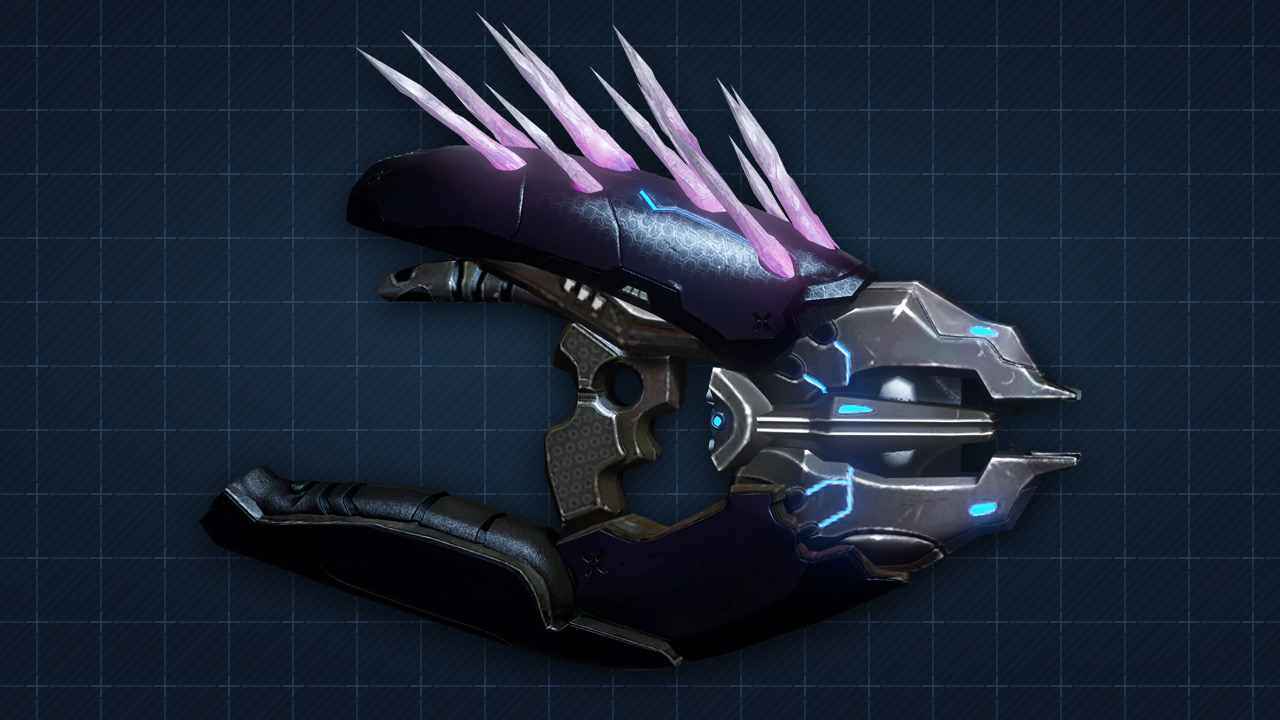 There have been so many outlandish and exceptional weapons in the Halo series, but I believe the Needler has made an appearance in every instalment for a reason; it is one of he greatest guns in gaming history for a great number of reasons. The design of the weapon is ingenious. It’s a machine gun, which fires needle-like bullets into enemies. If an excessive amount of rounds is fired at a single enemy, it creates an explosion, which is pretty cool to see. Compared with all the other alien guns in Halo (and there are a lot of nice looking and powerful alien weapons in the series), they’re all nothing. The only disappointment is that it doesn’t deal more damage when used as a melee weapon, which is quite unrealistic, given that it does look like it could do a lot more damage than an ordinary fist. 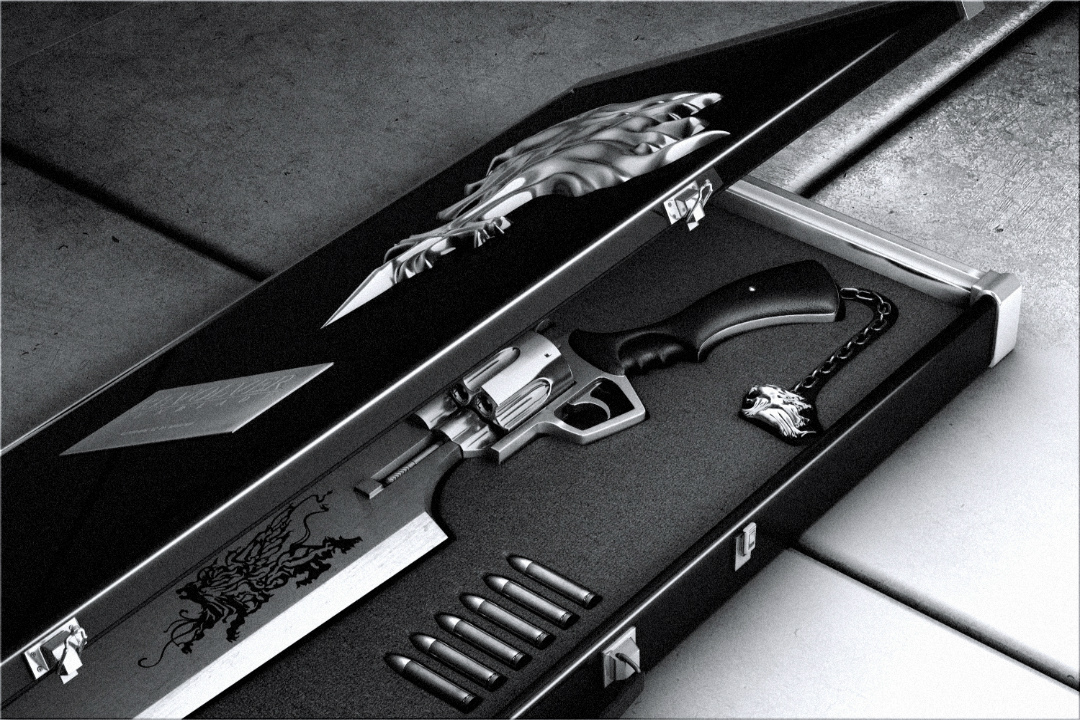 When I first played Final Fantasy VIII, I was fascinated with the idea of putting both a sword and a gun together to make such a cool-looking weapon (not that I’m no longer fascinated with it), but as I got older, I thought to myself that it was a mystery that nothing like it had been seen in any form of media. It seems to be such an easy idea to conceive, and that seemingly no one thought of it before this was phenomenal. But as far as I know, Squaresoft did it, and the end result is truly marvellous. Squall is my favourite Final Fantasy protagonist, and his weapon is partially the reason why. Some of the variations of the weapon throughout the game don’t look as attractive as the default version, but it’s still one of the best elements ever designed inside the Final Fantasy universe in my opinion. 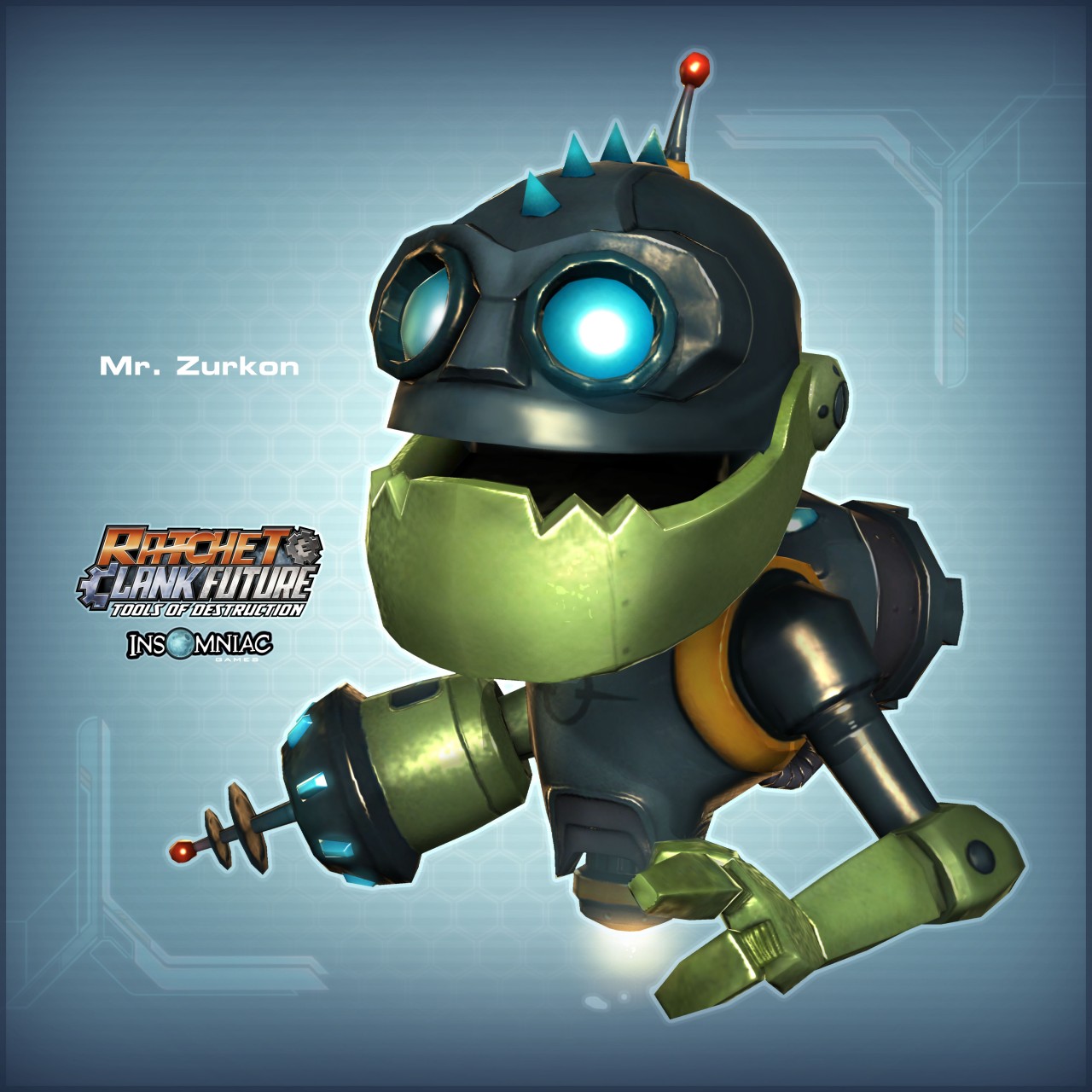 In a game where guns play such an incredibly prominent role, it’s always good to have at least one weapon, which stands out among not just every other weapon in the game, but in most other video games. Mr. Zurkon does so flawlessly. Mr. Zurkon is a hovering robot who provides support fire for a limited time. Although the weapon isn’t particularly powerful, where Mr. Zurkon strengths lie is in his catchphrases and one-liners he spouts out when deployed. He says very funny things about his desires and abilities to kill and about how he doesn’t even really care about the character he is protecting. I even go so far as to sometimes check shops in town on the off chance that a Mr. Zurkon figurine will be on the shelf. 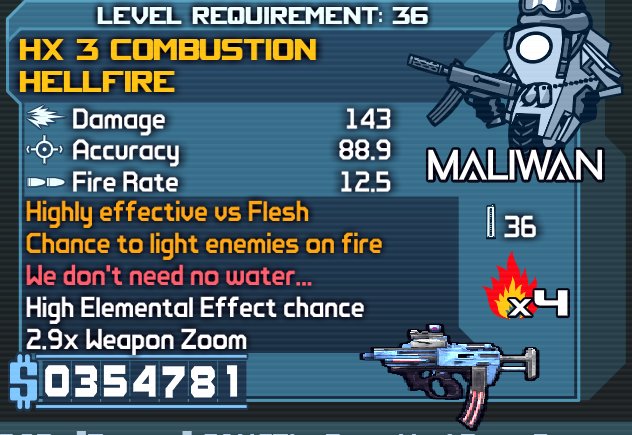 Out of all the great weapons in Borderlands, I found this one to be not only the most stylish, but the most useful. This weapon saw me through to my second playthrough of the game. I don’t think I would’ve been able to complete it again without it; it was that reliable. It’s an SMG, which has a very high chance of lighting enemies on fire, dealing additional damage. It’s extremely helpful in a game in which massive hordes of enemies constantly charge at players at either long or short range. Along with the sniper rifle, it was also instrumental in my fight against Crawmerax the Invincible. 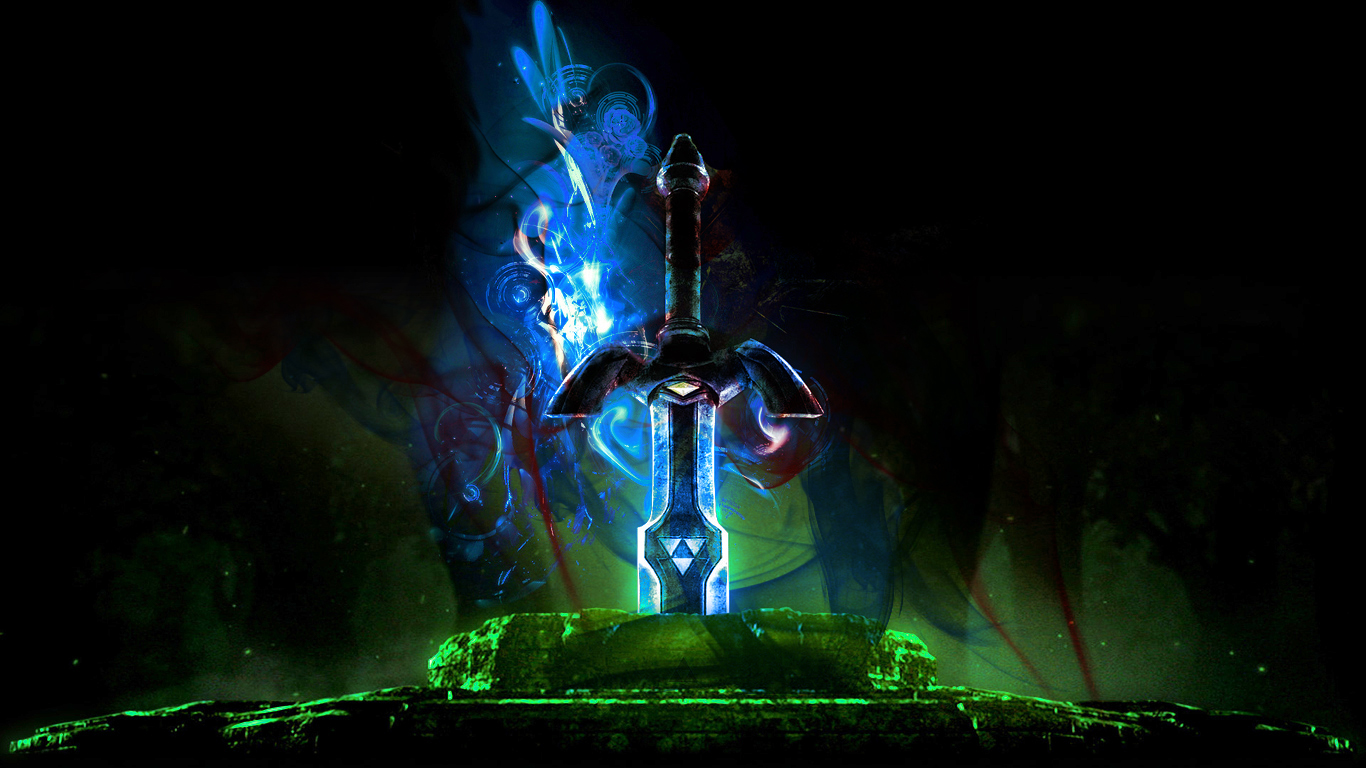 In my opinion, it is the most iconic weapon in video gaming history; taking into account things like the mushrooms in Mario games, the hammer of dawn in Gears of War and the vampire killer in Castlevania. Whenever I sit down to play a Legend of Zelda game, I always think to myself “when am I supposed to get the Master Sword?” Ever since A Link to the Past, I’ve loved this weapon with a passion. As a gamer, I’ve always felt a sense of dominance in any Zelda game when I have it equipped. It’s also one of the main reasons why Ganon in Ocarina of Time is my favourite boss fight out of so many other greats. The scene in which Link delivers the final blow to him using the sword will always live on in my memories.