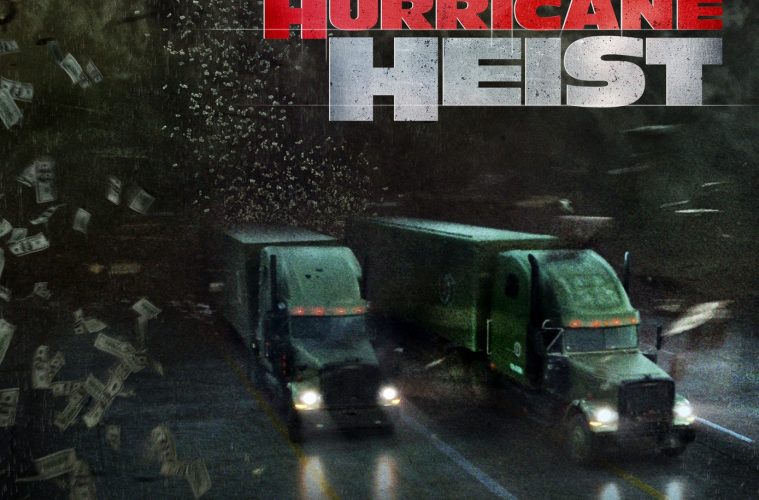 REVIEW: THE HURRICANE HEIST IS AN ENJOYABLE THEFT OF YOUR TIME

Doubtless pitched as The Fast and Furious meets Twister, The Hurricane Heist is so high concept it could orbit in space.

Under the cover of a category 5 storm, thieves plot to steal $600m of old banknotes scheduled to be destroyed at a Federal facility. But the criminals’ plan trips on an unexpected wrinkle when a treasury agent teams up with a meteorologist to stop the raiders. So, there’s a hurricane, and there’s a heist: I wonder where they got that title from?

What follows – a hybrid heist and disaster movie mash-up – is as every bit as daft as you’d expect. But then this isn’t a film that’s aiming for gritty verisimilitude. It’s one that needs to be watched having fully suspended your disbelief.

Directed by Hollywood veteran Rob Cohen (The Fast and the Furious, Daylight), the film briskly sketches the plot and characters before quickly throwing us into the robbery and windy weather.

That sharp pace is maintained as the film is blown from one entertaining, albeit improbable, set-piece to another (the pick of which sees our heroes dispense of some pursuing villains by explosively decompressing an entire shopping mall).

With the CGI and special effects chewing up the majority of the film’s modest $40m budget, the lead actors have clearly been chosen from the ‘value’ aisle of the casting supermarket.

Maggie Grace plays the treasury agent trying to thwart the theft. Best known as Liam Neeson’s kidnap prone daughter in the Taken series, it’s refreshing to see her as a ballsy protagonist rather than the panicked victim.

The thieves’ mastermind is played by Ralph Ineson who, despite amassing a wealth of television and film credits, is forever doomed to be known – at least to British audiences – as ‘Finchy’ from The Office.

Given the sleight nature of the material, some bigger names who could lent the flimsy parts some of their star personas would have improved the film. But there are no bad performances.

All told, The Hurricane Heist is a piece of pure popcorn entertainment. So, if you’re in the mood for a bit fun why not give it a bash.

The Hurricane Heist is available in cinemas and on Sky Movies now.