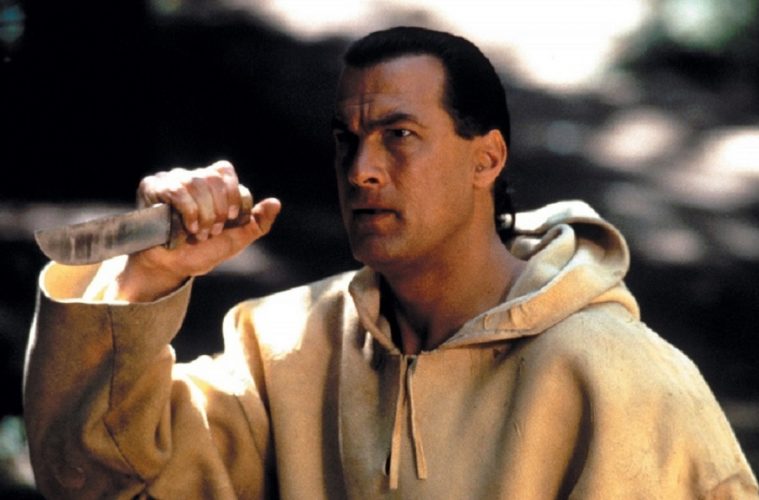 EXPLODING HELICOPTER: IS ON DEADLY GROUND THE WEIRDEST ACTION MOVIE EVER MADE?

After making his name with a string of B-movie martial arts thrillers, Steven Seagal turned himself into an A-list star with his breakthrough hit Under Siege.

He looked all set to join Schwarzenegger, Stallone and Van Damme as one of the biggest action stars of the Nineties.

But rather than follow-up his blockbuster hit with a sequel or another violent beat ’em up, the pony-tailed aikido artist had other ideas. And instead chose to try and save the planet from environmental destruction.

The result is one of the weirdest action movies ever made.

Equal parts thriller and environmental polemic, On Deadly Ground (1994) goes in a myriad of strange directions. It sees Old Totem Face take on the evils of the oil industry after being reincarnated as the spiritual champion of the Inuit Eskimos. And alongside the film’s environmental message it explores a number of unexpected philosophical questions.

All this and more is the subject of the latest Exploding Helicopter podcast episode which looks at Hollywood’s only attempt to save the environment through the medium of action cinema.

Listen to the show on iTunes, Podomatic, Stitcher, YourListen, acast or right here.