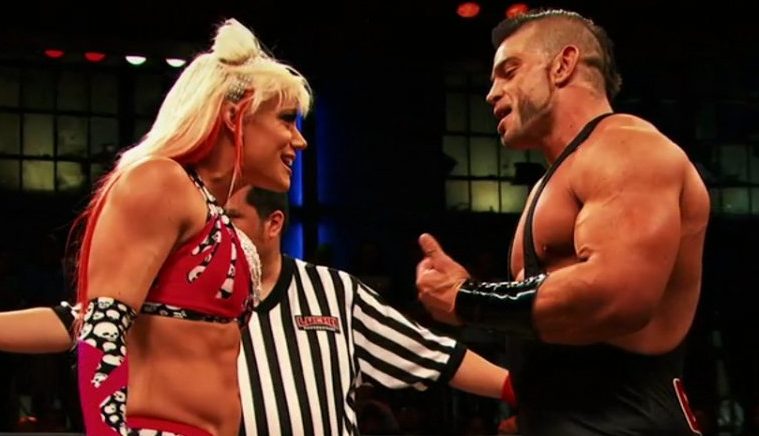 In the year 2016 we live in an age where women are in high ranking positions in many facets of the workplace and in our society. Women are continuously having to fight, crawl and scrap to break through the many sexist barriers that have been standing in front of them since the beginning of time. Feminists….this is not going to be an article about me joining the front-lines and helping to blaze the trail for the women’s rights movement. No offense, but you bitch enough about your “lack of gender equality.” Boy am I going to get some amazing heel heat for that line or what?

My reasoning for bringing up the women’s rights movement is to draw parallels to the pro wrestling scene in 2016. If you’re a pro wrestling fan you know how much of a sensitive topic this has been for the better part of a year now. If you’re not a fan, well let me drop some knowledge on you.

Much like our society, pro wrestling has not been too kind as far as gender equality. Before the recent movement to better spotlight the female performers in WWE, women in wrestling, for the most part, were nothing more than tits and ass. A side show act to satisfy the fantasies of backstage agents, prepubescent teenagers and creepy basement dwellers alike. If you watched wrestling during The Attitude Era (Mid 1990s-Early 2000s) you were privy to the regularly featured bra & panties matches, chocolate pudding bikini catfights and angles that shined women in a negative light. 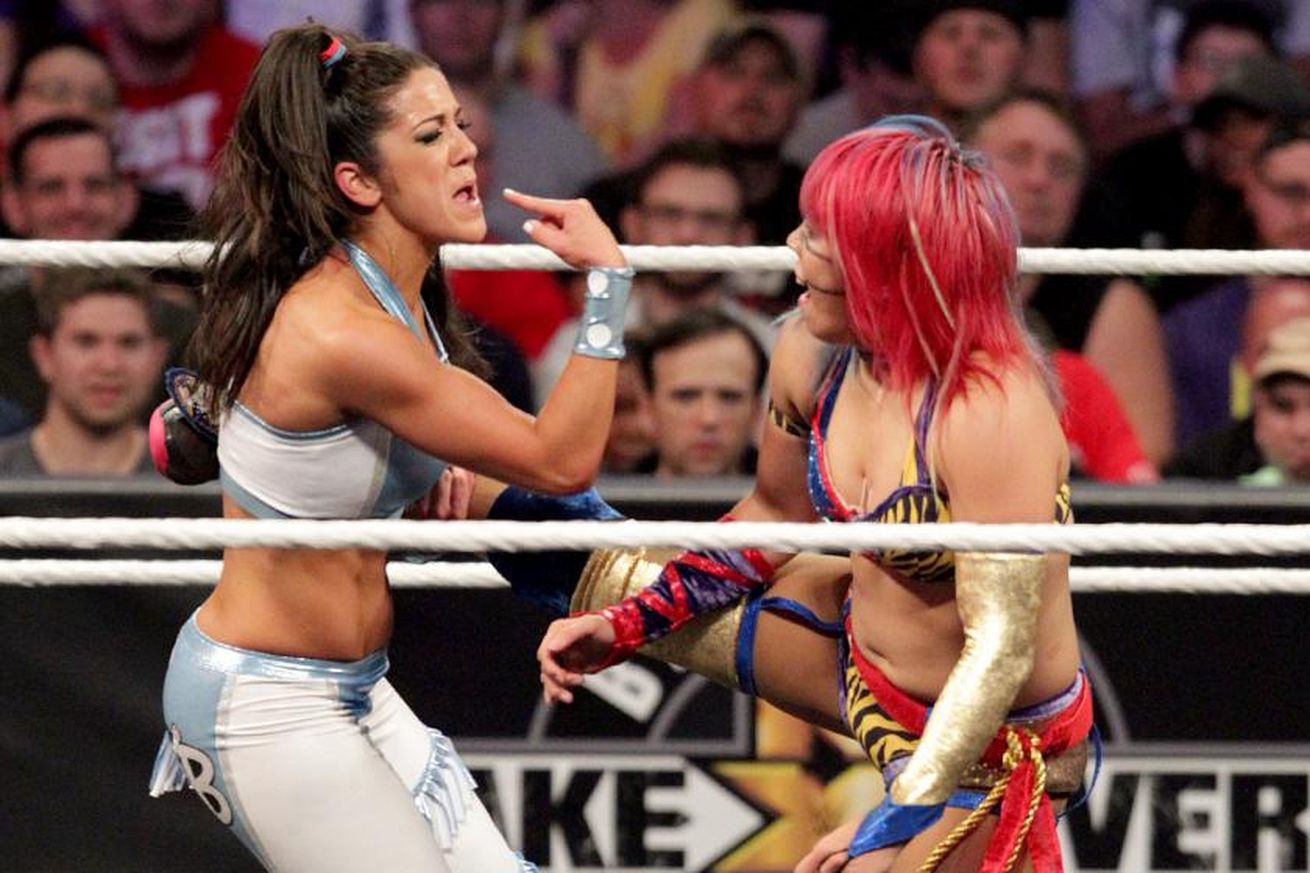 Today thanks to how politically correct our society has become, women, especially in mainstream WWE, are being taken more seriously by being booked in long meaningful matches and programs on television. Look no further than the program between Bayley and Asuka going into their NXT Women’s Championship Match at NXT Takeover: Back to Brooklyn where the match and the build was treated like a serious bout between two legit female competitors (performers).

Now to the bigger issue. Now that women are supposedly breaking barriers in wrestling and are performing at a level almost as high as their male counterparts, what is the issue with featuring inter-gender matches? I mean, what’s the big friggin’ deal? Inter-gender matches have been featured for many years in pro wrestling across many continents in various wrestling promotions around the world. Why? Well, it’s an attraction.

Sure, you’ll have some folks uncomfortable with the idea of a man being able to put his hands on a woman but we can’t forget that this is under a pro wrestling narrative.

Recently, the New York State Athletic Commission shut down an Inter-gender wrestling match at an independent show due to rules that state that a man cannot engage in physical combat with a woman. I mean, they literally SHUT IT DOWN before the match even got started. It’s like Teddy Long came out right when they were about to lock up and said, “now hold on a minute playa! Things ain’t going to go down like this.”

I’ll tell you why this whole incident was just absurd and why the representative of the commission does not know the rules of his own Athletic Commission. You see, the representative was not aware that this rule prohibiting men vs. women in a physical combat sporting event does not apply to pro wrestling but rather Boxing/MMA.

A lot of people get upset with Vince McMahon and the WWE when they constantly push their “sports entertainment” propaganda under the hospices of pro wrestling. Pushing the WWE as a brand of “sports entertainment” is the reason why WWE does not have to adhere to the strict rules of any State Athletic Commission including the one in New York.

This is not just WWE, pro wrestling as a whole does not have to adhere to these rules because pro wrestling does not fall under the bracket of real physical combat sports.

Pro wrestling is a show. When you see a man vs. woman on a pro wrestling platform, as a fan and as a viewer you are to look at it through the same lens as you would a combat scene between a man and a woman from your favorite TV action series. The reality is that the same politically correct society that helped progress women and present them as serious competitors is the same society that is hindering them. 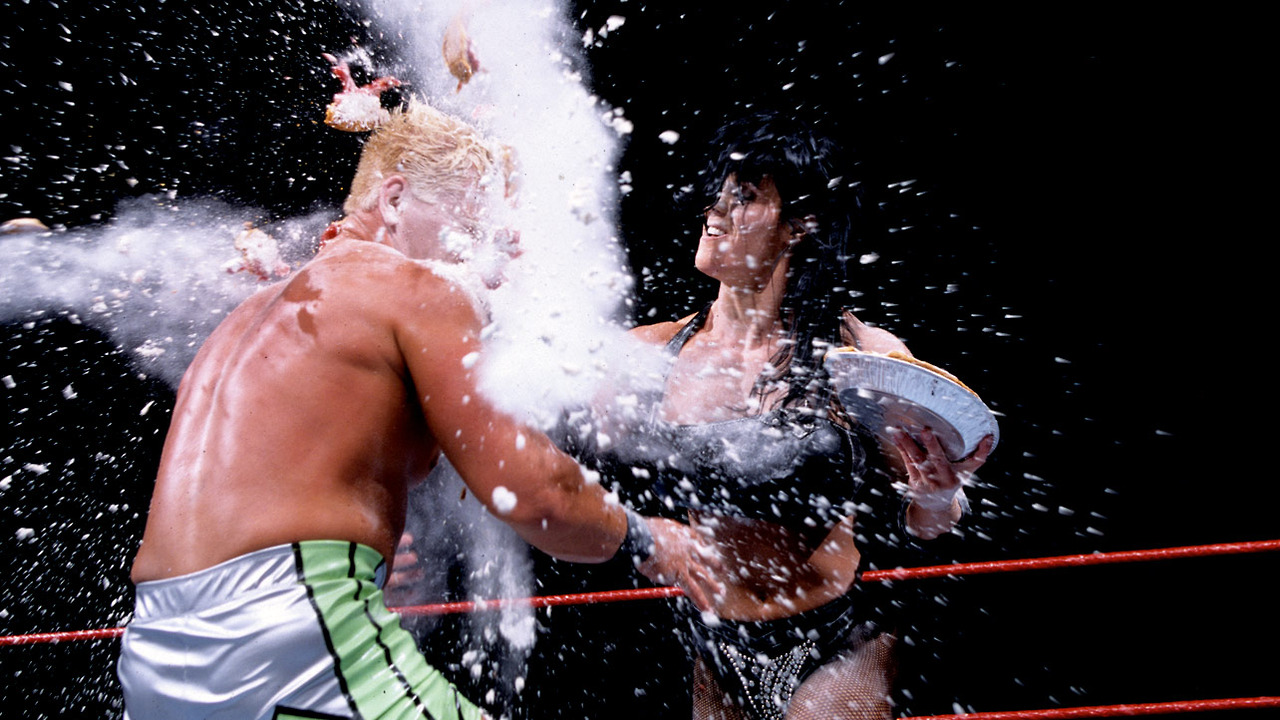 I understand not having women face men in the narrative of a boxing match or an MMA fight but pro wrestling is just not the same thing. Back in the day when the late Joanie Laurer aka Chyna was breaking barriers by competing primarily against men weekly on Raw is War, I don’t recall any fan having an issue suspending their disbelief  because people bought into the fact that Chyna could hold her own against the men. Why was that? Because in a pro wrestling narrative, because it is a show, she was able to be booked and presented as a legitimate threat to guys like Jeff Jarrett, Chris Jericho, and X-Pac.

Even today when you see a product like Lucha Underground where Inter-gender wrestling is featured prominently, there are people that are uncomfortable with the idea of inter-gender matches. In no way shape or form should inter-gender wrestling be restricted because realistically a woman can’t handle her own against a man and a man putting his hands on a woman is universally frowned upon…unless you’re from somewhere in the Middle East.

I remember the No Holds Barred match between Taya Valkyrie and “The Machine” Cage in an episode of Season 2 of Lucha Underground was an extremely brutal Inter-gender match. It was so brutal that if it aired on WWE TV I guarantee it would have gotten some negative mainstream backlash due to the barbaric nature of the match where weapons are involved and blood is spilled. As a fan looking at it through the pro wrestling lens I saw Taya as tough and gutsy even though she portrays this villainous vixen. The fact that Cage is this huge musclebound freak of nature does make the idea of the contest look a bit uncomfortable but we should suspend our disbelief because we’re smartened up to the fact that this is the context of pro wrestling.

Really all of this is just a hangup that society has not really against women but against pro wrestling. There will always be sexism in the real world and in the wrestling world. The fact that there are inter-gender matches in wrestling is not a big deal to wrestling fans and shouldn’t be a big deal to anyone watching wrestling if you understand what the narrative of pro wrestling is. It’s really not that big of a deal.

The PC police can ruin everything else but God damn it if they could just stop ruining my beloved pro wrestling I’d be eternally grateful. These state athletic commissioners and soccer moms with these sissy punk ass kids need to stop taking life so damn seriously. Stop ruining pro wrestling for everybody else when you don’t watch it or even attempt to understand it and why people enjoy it. 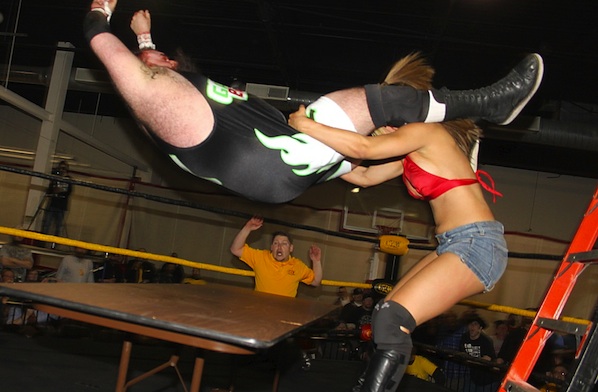 If CZW wants to book a damn inter-gender match in Philly between Mia Yim and Greg Excellent on a Friday Night in a 100 seater High School gym because it will sell tickets, then they should be able to do so without consequence.

It’s all bullshit. In the year 2016, it should be perfectly acceptable for a woman to look credible against a man in the context of a pro wrestling match if it is booked that way.

The only thing that will not be accepted as far as women in wrestling is concerned is a women’s match main eventing the big stage at WrestleMania. Now that’s another topic for another day…