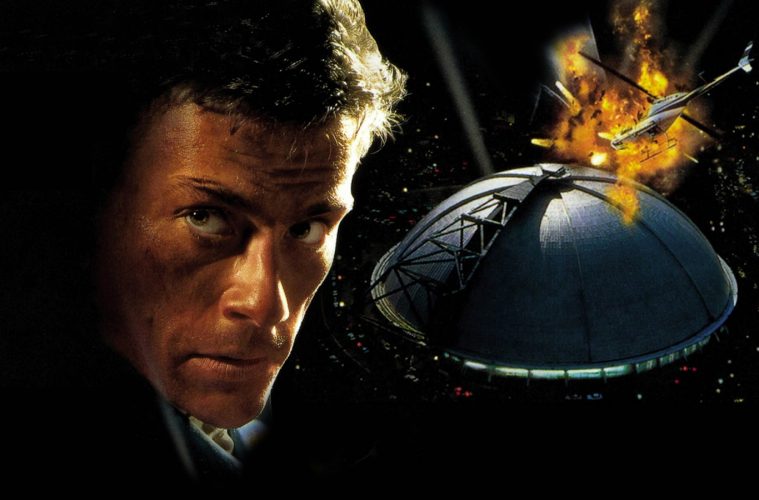 The 1990’s was an incredible time for action cinema. With the legends of action, such as Arnold Schwarzenegger, Sylvester Stallone Stallone, Steven Seagal, Bruce Willis, Mel Gibson and Jean-Claude Van Damme, carrying on to major success throughout the decade, it was also the birth of many an actor’s career into the genre, namely Nicolas Cage. Cage, who was mostly known for his offbeat romantic and comic roles through the 80’s, experienced a major surge in his career when he took on ‘The Rock’ with Michael Bay and Jerry Bruckheimer, and starring alongside the legendary Sean Connery. From then on, he appeared in many classic action movies such as ‘Face/Off’ and ‘Con Air’.

The biggest fairy tale of all in the 1990’s is the career of Michael Bay, the genius with an eye for the ladies and for epic visuals, directing video shoots and specials for Playboy and Victoria’s Secret, along with countless music videos including the fantastic promo for Meatloaf’s ‘I’d Do Anything For Love (But I Won’t Do That)’. Launching his movie career with the incomparable ‘Bad Boys’ in 1995, he went on to give us ‘The Rock’, ‘Armageddon’, ‘Pearl Harbor’ and the mind blowing ‘Transformers’ movie franchise. He even returned to his first smash hit movie with the magnificent ‘Bad Boys II’. Recently, he blew up the screen with the wonderful ’13 Hours: The Secret Soldiers Of Benghazi’. He is currently working on ‘Transformers: The Last Knight’, set for release next summer. The greatest director in action cinema history, in my opinion.

The 1990’s gave so much to the genre of action movies, along with the rise of Bay and Cage. And to prove it, here is a major tribute to the countless massive action blockbusters and adventures to hit screens in the decade, featuring many titles from the classic greats and the then-new movie stars that would define the decade. In this supercut compilation, you will see many theatrical trailers for those big movies, giving you a glimpse at what an amazing decade it was. There are some movies excluded, especially ‘The Rock’, which is my personal favorite action movie. But Schwarzenegger’s  ‘Eraser’ and Van Damme’s ‘Sudden Death’ round out my triple whammy of action faves, with many of the greatest movies I’ve ever seen also included, such as the other Bay movies I mentioned and Cage’s action masterpieces, so I can’t complain. ‘Sudden Death’ is certainly a movie crying out for some truly deserved love, an absolute pleasure of a movie, pure perfection and Van Damme at his very finest. Better than a hundred ‘Die Hard’ movies. Watch out for a piece on that in the future. For now, enjoy this journey through the 1990’s, and see just how incredible that decade was! Then jump over and check out our celebration pieces of the best action movies from 1996, celebrating their 20th anniversary this year, starting with ‘Eraser’.

And let us never forget…