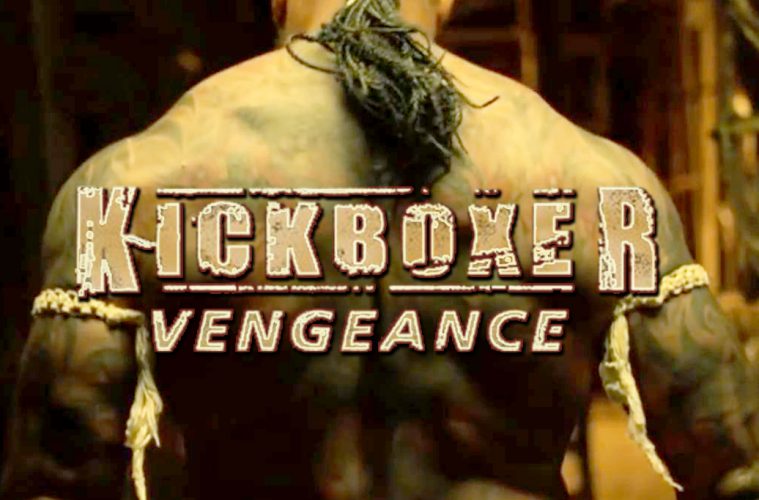 2016 may have been a mostly horrific year for reboots so far, but sometimes redemption comes from the unlikeliest of places.

Enter Kickboxer: Vengeance, a remake of the 1989 Jean-Claude Van Damme vehicle, starring a slew of real life MMA/UFC fighters and featuring Alain Moussi, a Canadian stuntman, in his breakout role as Kurt Sloane.

The plot is similar to the original. After his brother Eric is killed in an illegal Muay Thai fight by the vicious champion Tong Po (Dave Bautista), Kurt travels to Thailand to train Muay Thai with Durand (Van Damme) and seek his revenge.

The movie is being released through RLJ Entertainment, who were courteous enough to provide us humble actioneers here at AAGG with a screener copy.

In the words of Tong Po’s fight MC: Check It Out, and let us know what you think about the new Kickboxer movie in the comments below.