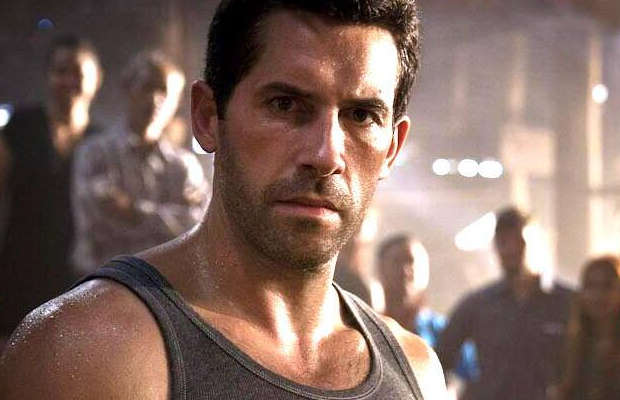 Studios have been fond of revisiting classic action movies with cheap straight-to-video cash in sequels for years. Whether it’s Fox with the likes of ’12 Rounds 2′ and ‘Behind Enemy Lines 2/3/4’, or Sony with their many sequels to the likes of ‘Jarhead’. Disney are possibly most guilty of all, cashing in on their many direct-to-DVD/TV movies based on original beloved classics. Universal have now thrown their hat in to that ring with this sequel to the Jean-Claude Van Damme action classic ‘Hard Target’ (1993).

While most of those cheap movies actually have nothing to offer rather than pinch from the pockets of fans, ‘Hard Target 2’ really does look like a very fun action movie. Starring one of Van Damme’s friends and frequent co-stars Scott Adkins (Bad-ass kickboxing champion and all-round cool dude!) as the new ‘Hard Target’, this sequel coming 23 years after the awesome John Woo/ Van Damme movie follows a kickboxing champion who is kidnapped and forced to fight for his life in a deadly game of cat and mouse, being hunted across the Southeast Asian jungles along with a team of other people deemed a challenge to their hunters. But just like Van Damme proved to be a challenge far to great for his captors, Adkins is also sure to bring the fight back to his enemies.

As a big fan of both Jean-Claude Van Damme and the original ‘Hard Target’, I was disappointed to learn that the Muscles From Brussels would play no part in this sequel, and that original director John Woo (‘Hard Target’ was his first American-made movie) would have no hand in production (despite being rumored early on to be a producer). But it having the brilliant Scott Adkins and what looks like a great amount of awesome action will surely make it a great watch.

Directed by Roel Reine (Who directed many of these straight-to-video sequels, including movies in the ‘Death Race’ and ‘Scorpion King’ franchises), and co-starring Rhona Mitra (‘Doomsday’, ‘Underworld: Rise Of The Lycans’) and Robert Knepper (TV’s ‘Prison Break’ and ‘Transporter 3’), ‘Hard Target 2’ will be released on Blu-ray/DVD/On-Demand 6th of September 2016.