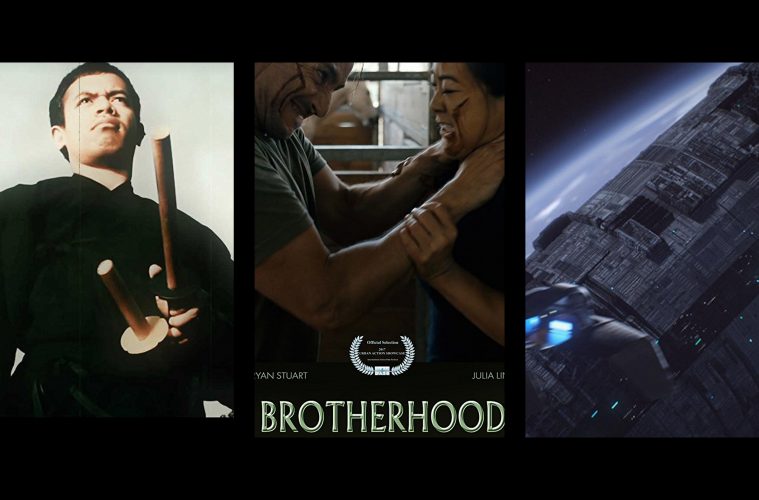 Urban Action Showcase & Expo had a whole load of short films programmed across their 4 screens.  So many, in fact, it was difficult to curate exactly what I wanted to watch.  There were so many titles playing at the same time that I was simply watching whatever was at the most convenient theatre for me at the time I was near it.  The lack of pressure allows the attendees to enter and leave at their leisure and get a good gander at the vendor booths in the meantime.

My first short of the day was less of a short film and in fact two clips from a feature length action movie called The Set Up.  The first one is called Car Shop and takes place in a garage while the second was called Trouble in the Alley and wouldn’t you know it, takes place in a narrow passageway between two buildings.  The clips themselves are only about a minute long and seemed to be most concerned with showing off the director’s ability to frame an action sequence.  It was strange at first, and while not bad, nothing here was good enough to be devoid of context.  An actual short film with a story might have done a better job of proving out the action scenes, but from what I saw of the acting I’m not so sure.

Unlike the clips from The Set Up, this fight scene between a man and a woman in a stable is a standalone piece, but felt like it was intended as a larger work.  It hinted at a story and relationship that we weren’t privy to as audience members.  But the stunts are pretty good and both performers sell the stage punches, kicks, and chain swings.  After the incongruent clips in the previous shorts, this is what finally drew me in; a scene that feels like it’s part of a movie I would want to see one day.

There were a few fan films here and unfortunately I wasn’t able to see a lot of them.  Black Lightning: Tobias’ Revenge and John Wick Origins: Kirill were two especially intriguing pieces that looked like they could have been confused for the real thing.  What I did see is a sizzle reel of Wonder Woman’s nemesis, Cheetah, jumping off of buildings and kicking dudes in the face.  Also the Joker shows up for some reason.  Mostly an excuse to be just as leery as the comics, there’s a pretty cool rooftop location utilized here and a well-edited stunt where the actress jumps onto an unsuspecting baddie.  However the fighting itself wasn’t the top tier of the fest. 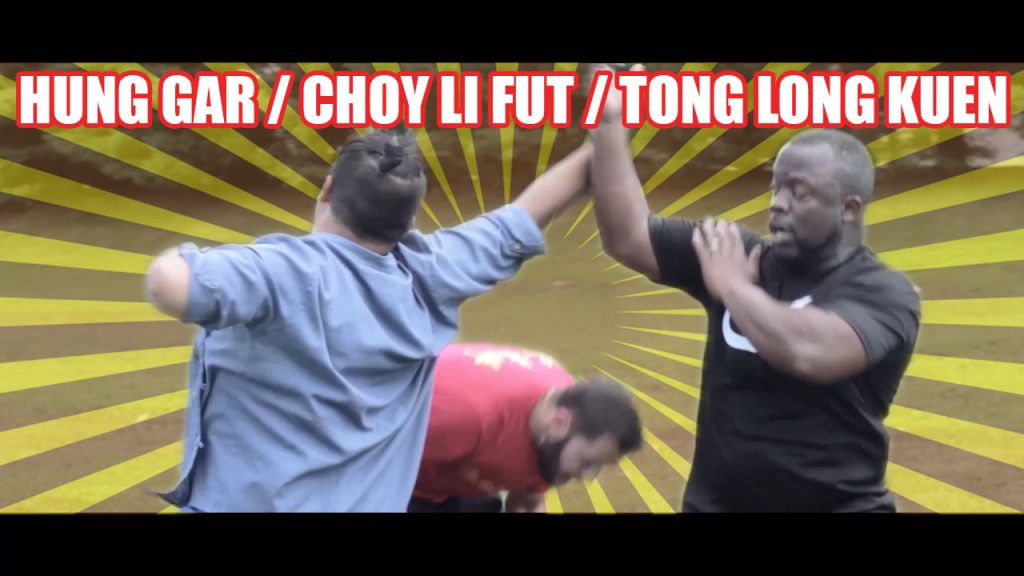 This is more of a martial arts presentation in a field that evolved into a more substantial fight with a well-staged, old school kung fu feel.  This clip (along with a few others I saw later) doesn’t rely on pretending there’s a story.  Even more than some of the showcases, this felt like an open cover letter to the indie action industry.

Check out what we can do.  Hire us.

This might have been my favorite short.  A simple digital effects and fight choreography showcase, this unsurprisingly features a guy with a pistol that has a bayonet on it.  It’s made up of a string of several sequences where he kills someone with it.  Repeat.  A lot of bayonets being shoved into someone’s face and seeing a bullet send a blood spray out the back of his head.  It was shocking and visceral and highlighted some intense close-quarters martial arts.  The digital effect of the blood is very weak, but it almost didn’t matter because the violence felt so immediate and perfectly over-the-top. 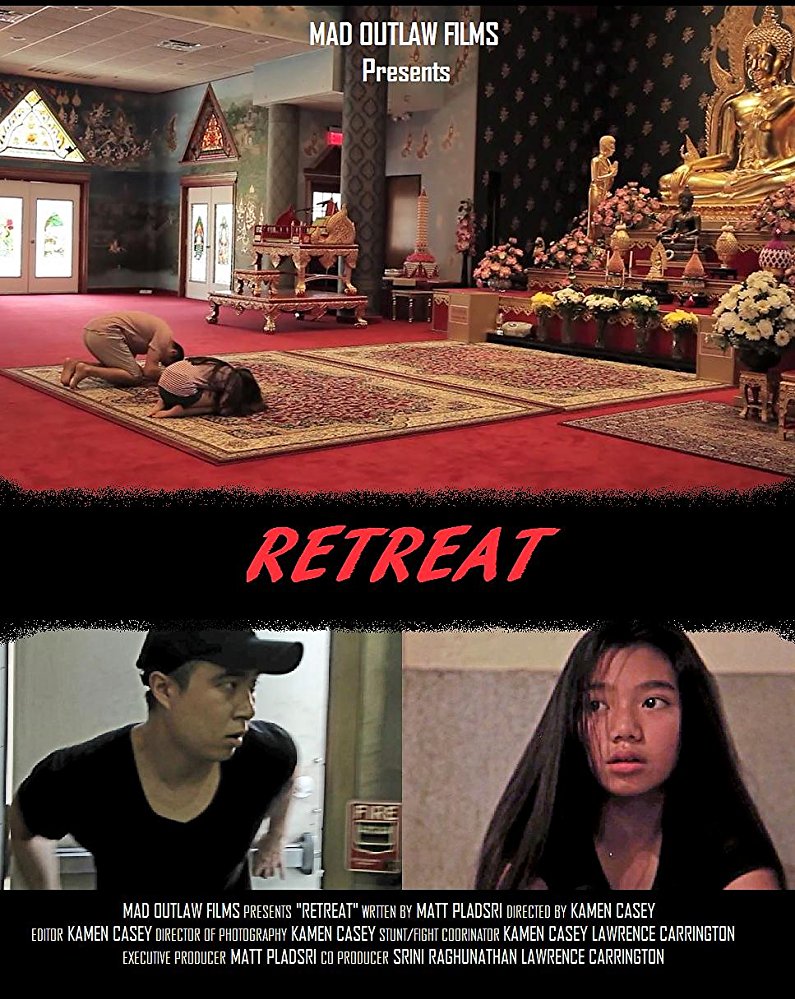 Retreat wears its Gareth Edwards/The Raid influences on its sleeve.  Which is awesome as hell.  It’s great to see filmmakers utilizing what is my favorite “new” trend in action… clearly tracking movement with the camera and making sure the editor doesn’t get in the way of the carefully choreographed action.  The barebones plot features an unnamed man running into a warehouse and just wrecking fools, eventually rescuing a group of children that have apparently been kidnapped.  This had the most professional-looking fighting of the day and was a highlight of the fest.

This sleek, sci-fi noir had some incredibly impressive looking effects and production/costume design.  And then I saw Shutterstock in the credits… the fact that I couldn’t tell (I’m also kind of naive) is a testament to a unity of vision and some solid filmmaking.  However, this felt more like a proof of concept for the characters and ideas than a standalone piece.  The script and performances might have been lacking a bit, but the promise and vision of the gritty, hyper-neon future was compelling enough. 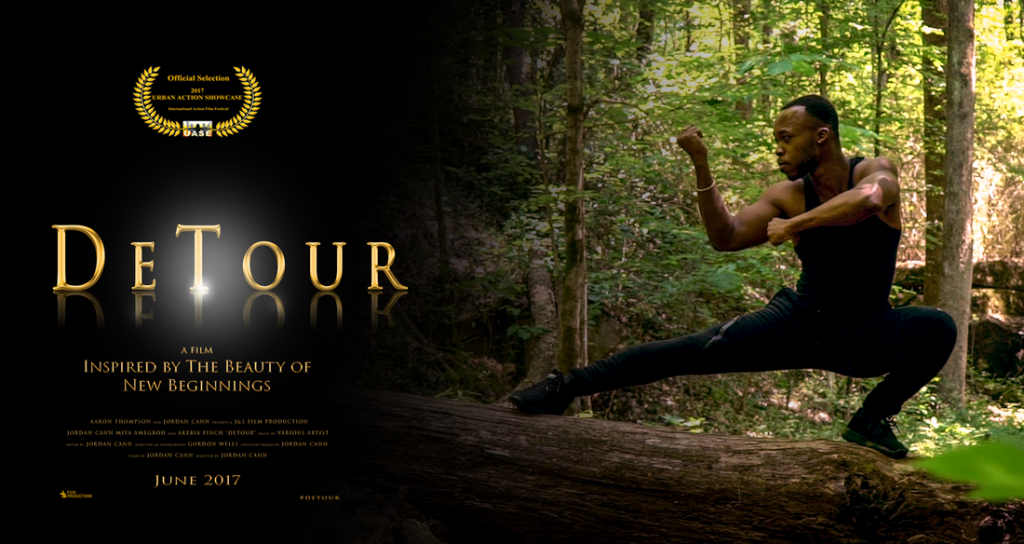 This was gorgeously shot and featured some remarkable moves.  It was also very short (within 2 minutes or so), and another attempt at simply featuring a young filmmaker/actor’s ability to perform some physical feats.  This was one of the more interesting ones, but got some unintentional laughs with the soundtrack choice.  The R&B song scoring this belted out a “SEXY LADY!” right after a cut.

For some reason this started with the trailer above and followed up with Part 1 of the film.  That was frustrating, because this was interesting enough that I wished they had just played the whole short (of course, if that was the case, I may have had to skip it for a feature).  This also stars and was created by Jordan Cann, the guy from Detour above.  Had some good low light filming and provided an interesting story of a young man who is turned into a vampire and has to fight to resist the more evil nature of it.  Good martial arts and a some serviceable special effects.  Cann himself gave one of the best performances of the fest here. 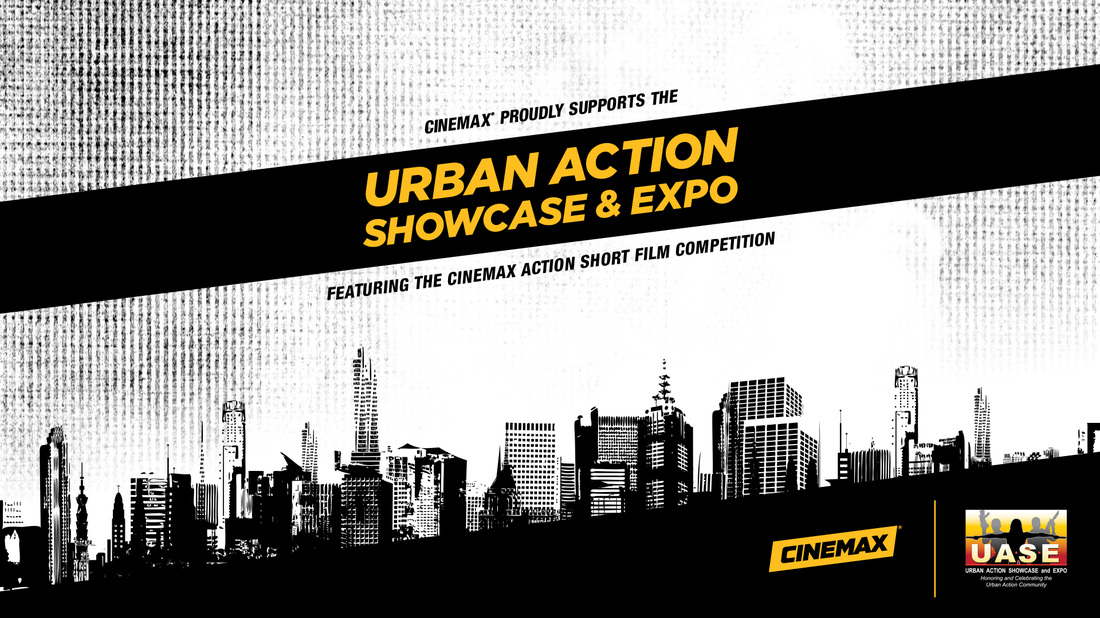 What makes the Urban Action Showcase & Expo especially cool is the peek you get into those who have broken into the film industry and those who are still trying.  Many of the shorts function more as sizzle reels and proofs of concept.  The shorts above are a mix of sleek genre flicks with great production values and handheld footage of someone doing martial arts outside.  It’s exciting to not know what you’re going to get next at these types of events.  The surprise of films you wouldn’t have otherwise heard of is at least my favorite part.