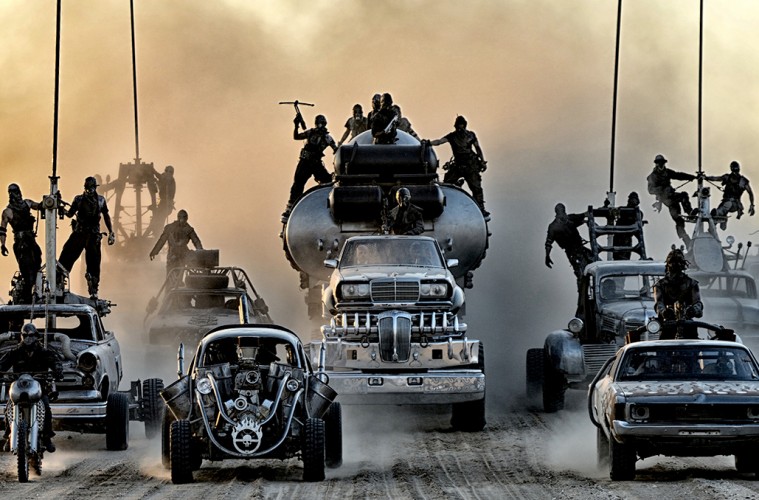 A conversation with the “mad” man behind Fury Road’s cars…

You didn’t think we were done talking about Mad Max: Fury Road did you?  Of course not… if I had my druthers it’s the only movie Action A Go Go would talk about from today until the end of the Internet.  In Jalopnik’s interview with production designer Colin Gibson, they discuss the fully functional designs of some of the standout cars and some of the inspirations throughout Gibson’s career.

“We wanted to find things that were iconic,” Gibson says. “Cars that had a particular resonance in Australia, and then design them as the boys would’ve.”

That meant cars brimming with personality and with an absolute minimum of technology. They had to be shells to impose and convey each of the character’s motivations – stars unto themselves that could stand alone, and also stand up to the sheer lunacy of what Miller had planned.

It’s fascinating to find out the thought that went into the design of some of the more striking automobiles of the film (especially the instantly iconic Doof Wagon).  Both practicality and individual personality were integral to the kinetic world-building of George Miller’s magnum opus.

Gibson explains how much care went into the junkyard scrounging and construction of the myriad varieties of vehicles which all had the sole purpose of hunting down Max and Furiosa.  These high-concept vehicles also do a lot of exploding while providing some premium spectacle.  Read (and watch) the whole shebang for yourself HERE.