While I sometimes find myself falling for the occasional whiny, click-bait on Vice.com, their sister site Fightland really is a treasure trove of bad assery.

Case in point, writer Jack Slack wrote a piece for the site that serves as a sort of sumo wrestling for dummies. In the piece he openly muses about why the competitive sport hasn’t taken life outside of Japan. In doing so, he describes the traditions that surround sumo, vividly explaining what makes it unique.

No time is wasted in sumo, and the most important phase of the bout is the tachi-ai, the initial charge. Bothrikishi assume their stance, squatting down low with their feet turned outwards. As soon as both wrestlers have both fists on the ground, the bout commences. This leads to plenty of mind games as each man tries to assure he’s the last to touch both down.

You should do yourself a favor and read the full story. It is a fascinating look at one of the few sports that hasn’t been impacted by globalization. 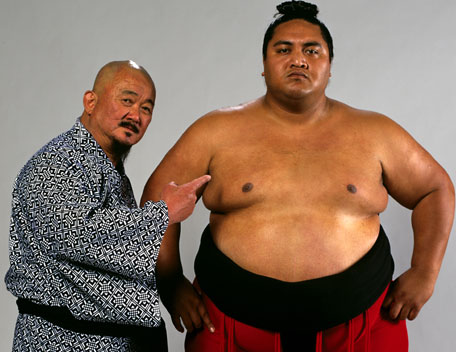