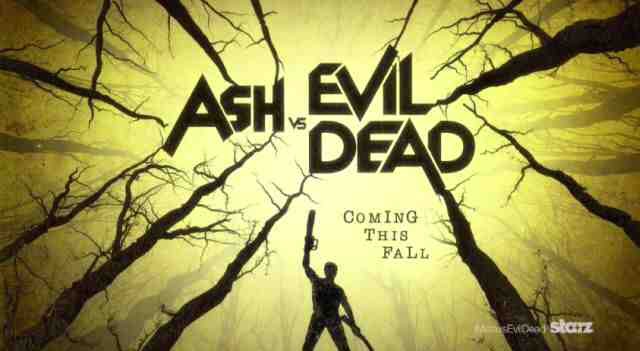 Late last night the Starz network gave Evil Dead fans a special sneek preview of Ash Vs Evil Dead after airing the original Evil Dead trilogy, & I got to watch it. 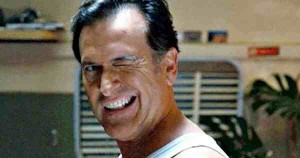 The pilot, directed by Sam Raimi, is everything an Evil Dead fan could ask for. Bruce Campbell is back as Ash Williams. Our setup: 20 some odd years after Army of Darkness going by the theatrical ending Ash is still working at the S-Mart, when he manages to comically unleash the evil spirit that haunted him all those years ago. The Deadites return & Ash is forced back into action, chainsaw in hand. 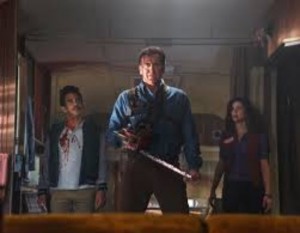 The tone mostly feels like Evil Dead 2 with horror elements that are from the original and the series brings the gore for sure. One great thing about Ash vs Evil Dead being on Starz & not being a theatrical film, is that Raimi & crew can go as far as they want with the blood and gore & not have to worry about the dreaded MPAA. There’s definitely some stuff that would make them a little queasy. There’s also a little bit of slapstick which I appreciated. Raimi also managed to include the classic, the force & a few other surprises that fans of his & the Evil Dead series will certainly recognize.

Overall the pilot is as good as it gets & I can’t wait for more! Ash Vs Evil Dead officially premieres tonight at 9pm on Starz & the Starz Play app. Replays are throughout the week & will be airing Saturdays @ 9pm for the next 10 weeks