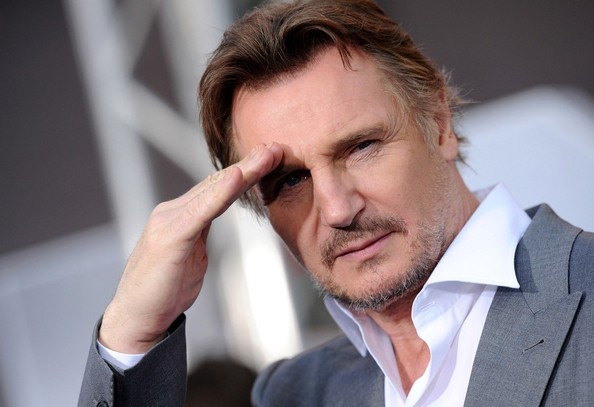 Liam Neeson will be starring in a another action thriller this weekend. This time as a hard-nosed investigator in A Walk Among The Tombstones. But long before Neeson was a Jedi Master or the worst girlfriends father ever he was…DARKMAN (1990).

Darkman was directed by Sam Raimi and starred Neeson as Peyton Westlake, a researcher who gets horribly disfigured by the mob while trying shake down his lawyer girlfriend Julie Hastings (played by Oscar winner Francis McDormand). Cursed with a whole lot of ugly, he is forced into hiding. While in the shadows, he is able to use his prior research to make incredibly lifelike masks, but they can only last so long in natural light. Using these unique disguises he seeks revenge on those who destroyed his life as…Darkman.

The movie itself went on to become a financial success and remains a cult classic. I’ve seen it, and it’s good, but suffers from some late-80s/early-90s cheesiness (but not as bad as this movie). More to the point, the movie gave Neeson a solid starring role that highlighted his acting chops as well as his potential as an action star.

Below is a awesome scene where Westlake, in a mask that hides his disfigurement, has reunited with Hastings and they are at a carnival enjoying themselves. That is until a carney gives Westlake some attitude and then some of Darkman comes through. In a bad way.