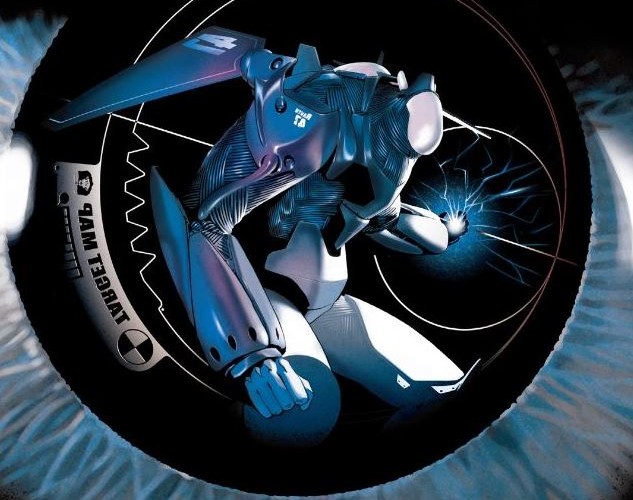 FRANCE GETS THEIR VERY OWN MECH IN ‘HUSK’

Husk is a sci-fi oddity courtesy of the fine European comic book creators at Delcourt-Soleil (“in English!”). Written with filmic beats by Frederic L’Homme and Stephane Louis (to all you bilinguals and Francophones: Forgive my word document for not attaching proper accents) the series introduces readers to a futuristic France in which human-operated mechs are the key component to Parisian law enforcement. Manufactured by the inevitably evil Arnold Corporation, these “Husks” aren’t your typical “jump-in-my-torso-and-lets-blow-some-shit-up” mechs. No, these unsettling armored suits fuse physically and mentally with the operator. You control it and it controls you. 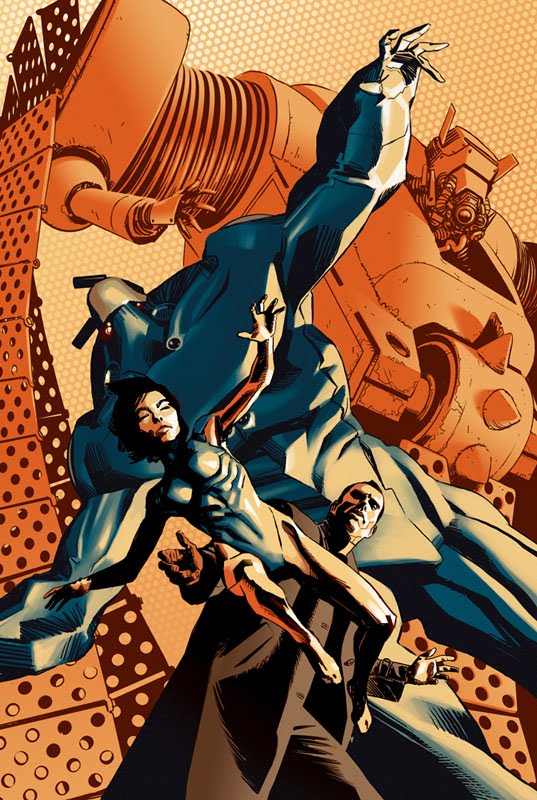 When machinist/officer starts to depend on the feeling of invincibility that her mobile suit provides, she begins to consume every upper she can get her delicate little hands on in order to recreate the feeling. Her addiction extends to her partner (sexually and professionally), who has been demoted and forbidden from manning another Husk ever again. Together, these two train wrecks are tasked to hunt down a rogue suit that may or may not be piloted. Their investigation exposes a string of corporate espionage that stretches from Earth to Mars. 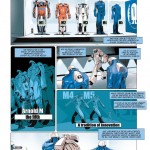 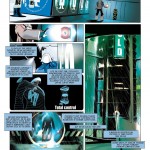 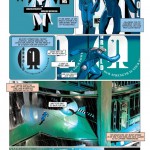 At the risk of having my action credentials revoked, I have to admit that stories about mecha/mechs/Gundams/EVAs/whatever, have always seemed pretty dull to me. Maybe it’s the aggravation that I experienced when I attempted to watch all of the original Neon Genesis Evangelion — or maybe it’s my documented skepticism of all things robot (possibly brought on during childhood by the unblinking creepiness of Vicky from Small Wonder). Regardless, I have ignored many an anime because of some “biomechanical humanoid” nonsense on the cover art. For that reason, I almost glossed over Husk, but I’m glad that I didn’t. 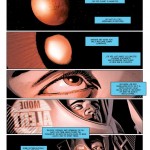 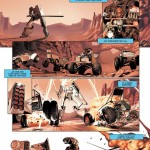 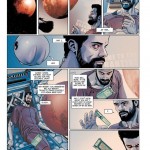 Gorgeously illustrated, the interior artwork to Husk is worth the purchase alone. Artist Arnaud Boudoiron seems to switch styles between vol. 1 and vol. 2 of the series, abandoning a digital style for pencil and ink (or as “pencil and ink” as comics get nowadays). Both techniques look beautiful but the latter does make the action scenes a little hard to decipher (the French-to-English translations don’t help either).

The formula of man + machine = bad would only feel new to the most pedestrian reader, and while Husk does re-tread on this formula, the potential of its characters gets you through the familiar sci-fi blahdy-blah. Yes, the artwork does stand out a bit more than the story itself, but as a whole it is a welcomed deviation from the over-extended Japanese mech genre and the superhero trappings of American comics.

Husk is currently on sale on Comixology. Get it while the getting’s good!