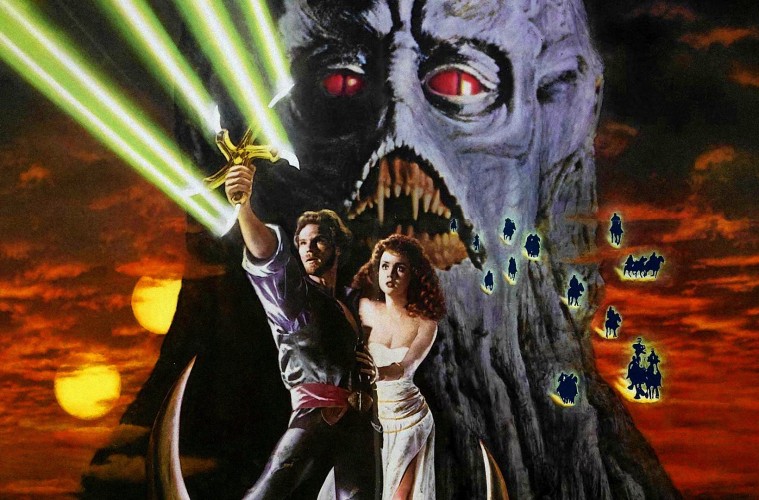 GREAT MOMENTS IN ACTION HISTORY: OUR HERO DISCOVERS THE GLAIVE IN KRULL

KRULL (1983) is perhaps one of the most unique films of the 1980’s. A strange combination of sci fi and fantasy, it still stands out in a decade of wild movies and, perhaps, a time when practical effects were on their way to being the best they would ever be. That uniqueness comes from the sum of it’s parts.

The film is directed by Peter Yates, who helmed the now legendary film Bullit (1968), that starred Steve McQueen and literally invented the modern car chase. It stars Ken Marshall as Colwyn, the main protagonist, who needs to save Lysa, (Lysette Anthony, who had a role in Dracula: Dead and Loving it). They were to be the king and queen of planet Krull until the aliens showed up and ruined everything. If this all sounds weird, don’t worry, it is.

Finally, the movie stars a young Liam Neeson at the beginning of his career in film, and it’s always fun seeing big name actors before they were famous.

Now, it’s time to get to the “great moment.” That would be when our hero discovers the weapon that will help him fight the bad guys. It’s called “The Glaive” and it is so freaking bad ass it’s unbelievable. The clip is below, and following that is a fight from the beginning of the movie to give better idea of the action/adventure.  Feel free to share your memories of this movie, or what you think of it now, in the comments below.