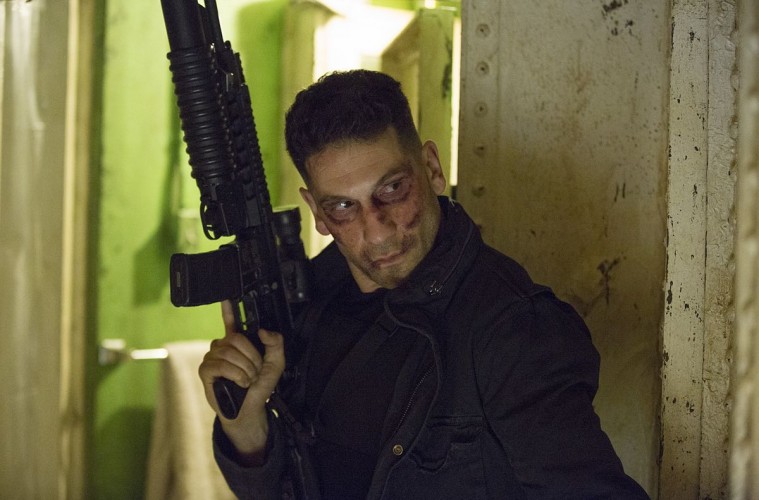 THE PUNISHER TV SERIES IS COMING TO NETFLIX!!!!

Entertainment Weekly has broken the news that the Punisher will be coming to Netflix with his own series. Jon Bernthal will be starring and Steve Lightfoot will be show running.

The Punisher is back. Locked and loaded.https://t.co/nGKCa2taEV

Bernthal played the Punisher on the Daredevil season 2, where the character was introduced into the Marvel TV universe. Action A Go Go readers may also recognize Bernthal from playing alongside Leonardo DiCaprio in The Wolf Of Wall Street (2013), as well as his roles in Fury and Sicario.However, Bernthal’s breakout occured playing Shane in the smash hit TV series The Walking Dead. Needles to say that comic book characters are being very good to Bernthal these days. Lightfoot has been the showrunner on the fan favorite tv series Hannibal, which was critically acclaimed and cancelled too soon.

All of this is equaling up to one fantastic announcement. There is no timeline as of yet, but with Marvel’s track record of fan-favorite shows like Agents Of Shield, Daredevil, and Jessica Jones, it looks like the studio’s domination of the big and small screen isn’t going to end anytime soon.

Of course, Bernthal isn’t the first person to play the Punisher, and you can check out the video below to see just who has been the best at it so far.