Devil For All Seasons: Why Dardevil Is The Greatest Superhero Ever

At one time, saying that Daredevil was your favorite superhero held with it an unspoken declaration that you were more than the casual reader, you were somewhat of a connoisseur. You probably even had a pull-list somewhere. He was not as pervasive as, say, Batman, Superman, or Spider-Man, but well-known enough to have, and maintain, his own title since his introduction in 1964. Sure, he’s been around, but how many people on the street could tell you anything about him? Not many. Conversely, it was not (and still isn’t) uncommon to encounter people with a stylized silhouette of a bat or a diamond-shaped S permanently etched into their flesh (often with excitable Warner Bros. lawyers in tow) without them having so much as ever looked at the interiors of a comic book with any intention of reading the story. The public knew Superman and Batman, and very few people would point to those symbols and ask what they meant. 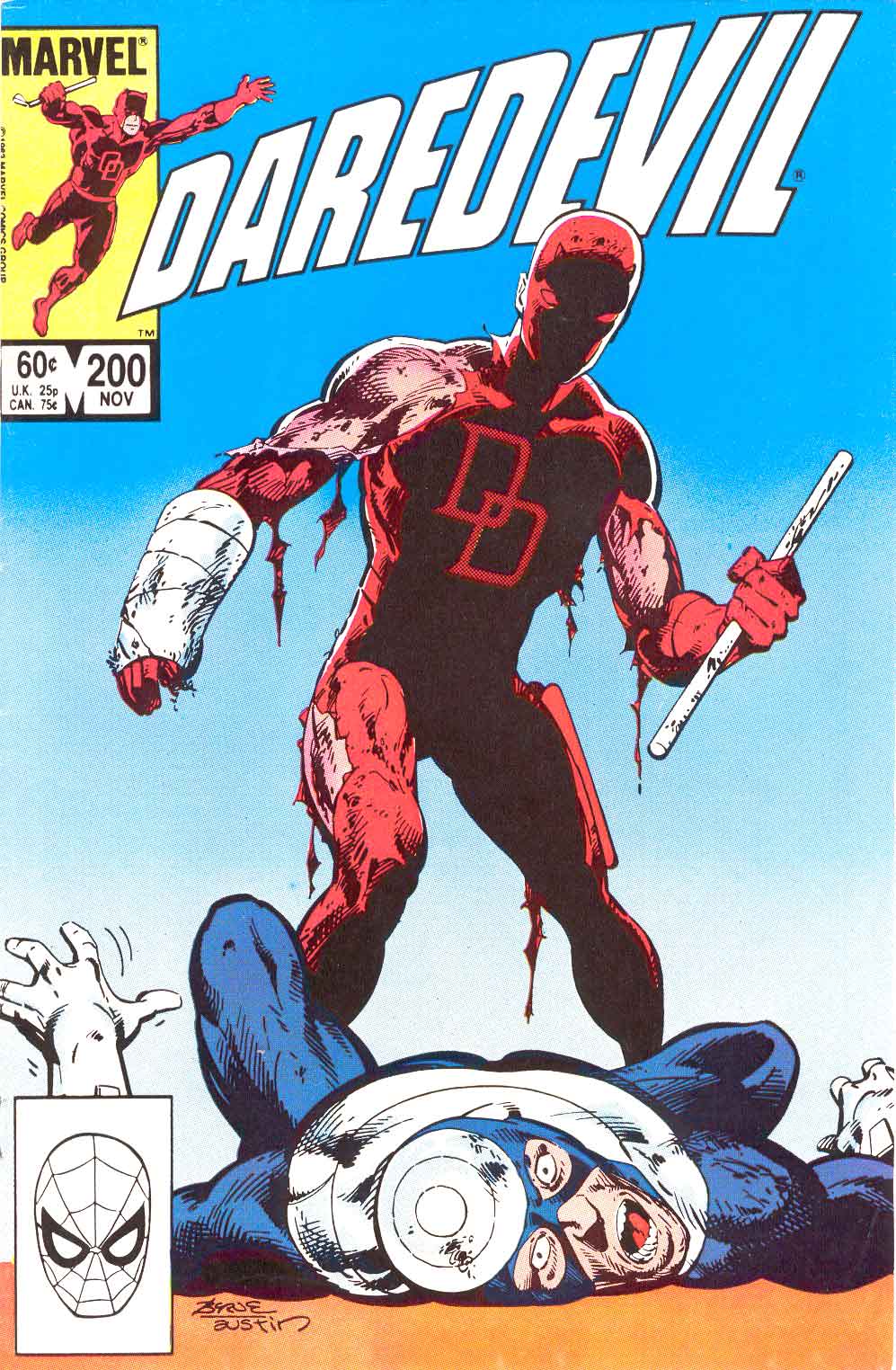 Daredevil, though . . . Daredevil was different. Ol’ Horn Head was, for good or ill, ours. A litmus test for the “True Believer.” If someone said they loved DD, one could reasonably assume that person actually read comics, because how else would they have encountered him enough to declare him a personal favorite? There was no shallow social benefit to it, as up until recently, save for questionably associating themselves with a very poorly received film, most civilians had no idea who he even was. Back then, he was ours, but not anymore, and that is perfectly fine. The devil is finally getting his due.

Now that veil of exclusivity that has surrounded Daredevil for so long has been pulled away and the world-at-large (or, at least, the subscribers of Netflix) can finally see why Matt Murdock deserves to be as much a member of the household pantheon as Peter Parker or Bruce Wayne. This is not to say that Daredevil is held at such high esteem by everyone who makes that weekly sojourn to their local comic shop (or app). I’ve heard my fair share of folks expressing ambivalence toward him and his place in the greater Marvel Universe, and some others that have dismissed him a second-rate Spider-Man. However irksome this assessment may be, much like a lawyer that is too close to his client to offer unbiased counsel, I am wholly unqualified to argue in his defense. My own affection for Daredevil is unapologetically subjective and emotional.

He was “there” for me during several times in my life when I needed to be reminded that obstacles, circumstances, and hardships are only disabling if you allow them to be. If you take control and discipline yourself, you can experience the world in ways you never thought possible. During my adult years, I have subsequently lost almost all of the fanboy fervor I once had for fictional characters but this “second-rate Spider-Man” has stuck with me and I couldn’t be happier that he is now getting his day in the larger spotlight. He was never meant to stay in my back pocket. He was never mine, to begin with. He is bigger than that and I hope, somewhere out there, someone new and in need is seeing him for the first time the way I did all those years ago. 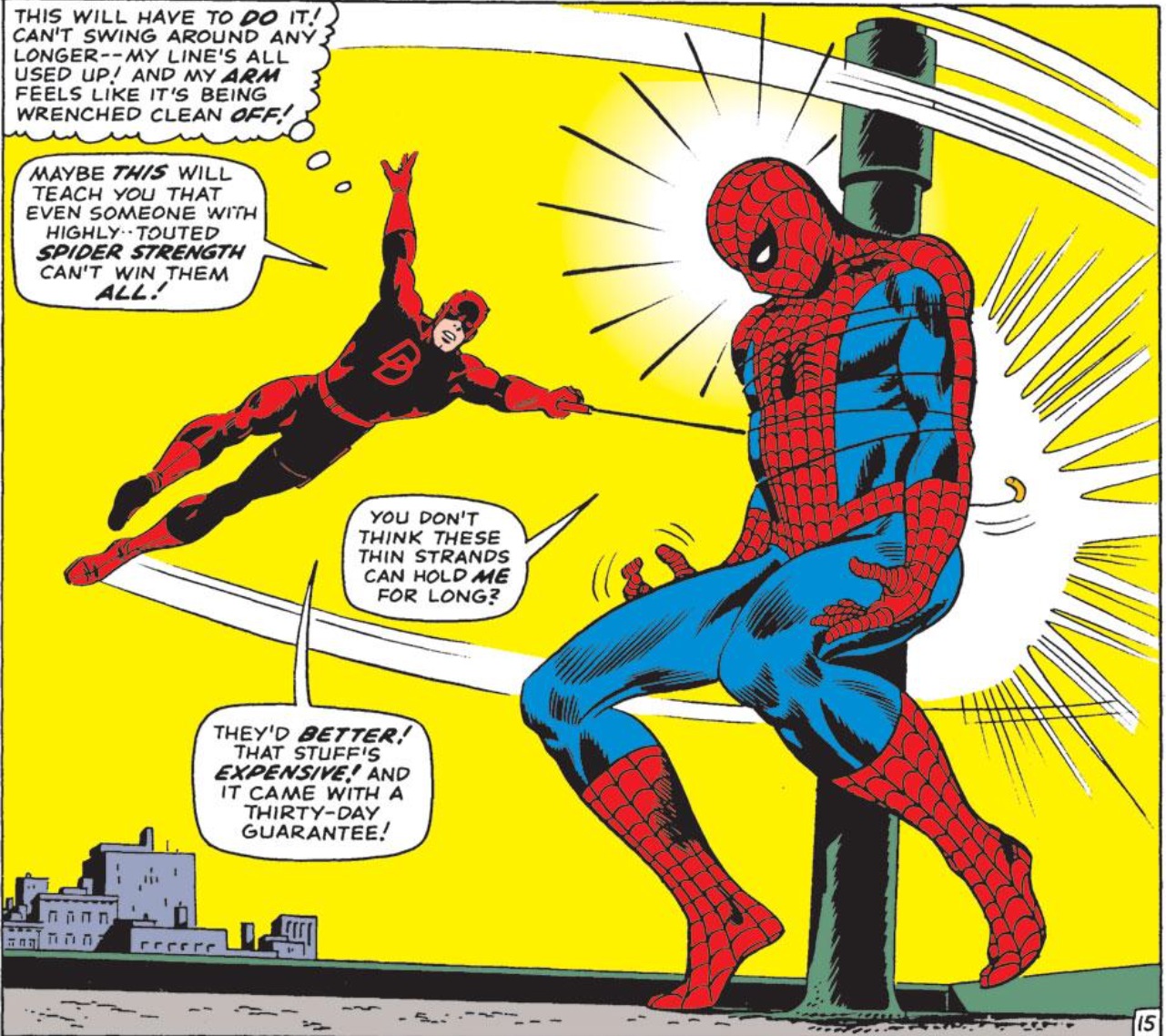 When I was thirteen years old, my father began to complain of severe headaches. This went on until one day, when it was just the two of us in the house, he had a stroke. A blur of action proceeded and, before I knew what was happening, we were all at the hospital sitting in uncomfortable orange plasticine chairs eagerly jumping at each doctor that walked hoping they  had news for us. Eventually, the news did come. My dad had cancer. And so began the next five, uncertain years.

Life goes on, though, and even with increased hardships, one has to find a way to weather it. This was when Daredevil, as more than just a cool superhero that sometimes guest-starred in other titles that I read, first came to my aid in the subtle, but profound form of Frank Miller and John Romita Jr.’s Daredevil: Man Without Fear, the now classic miniseries from which much of the Netflix show draws inspiration.

This masterful retelling of Murdock’s journey from victim to hero allowed me to both temporarily escape my circumstances and, concurrently, reassess them and remain grounded. My parents needed me to be strong. They never explicitly said that to me, but I knew they didn’t need an emotional teenager trying to make a tough situation all about himself. I’m not saying that I always succeeded in suppressing that hormonal demon, but I think, with Murdock’s example playing a definite role in my subconscious, I did all right. 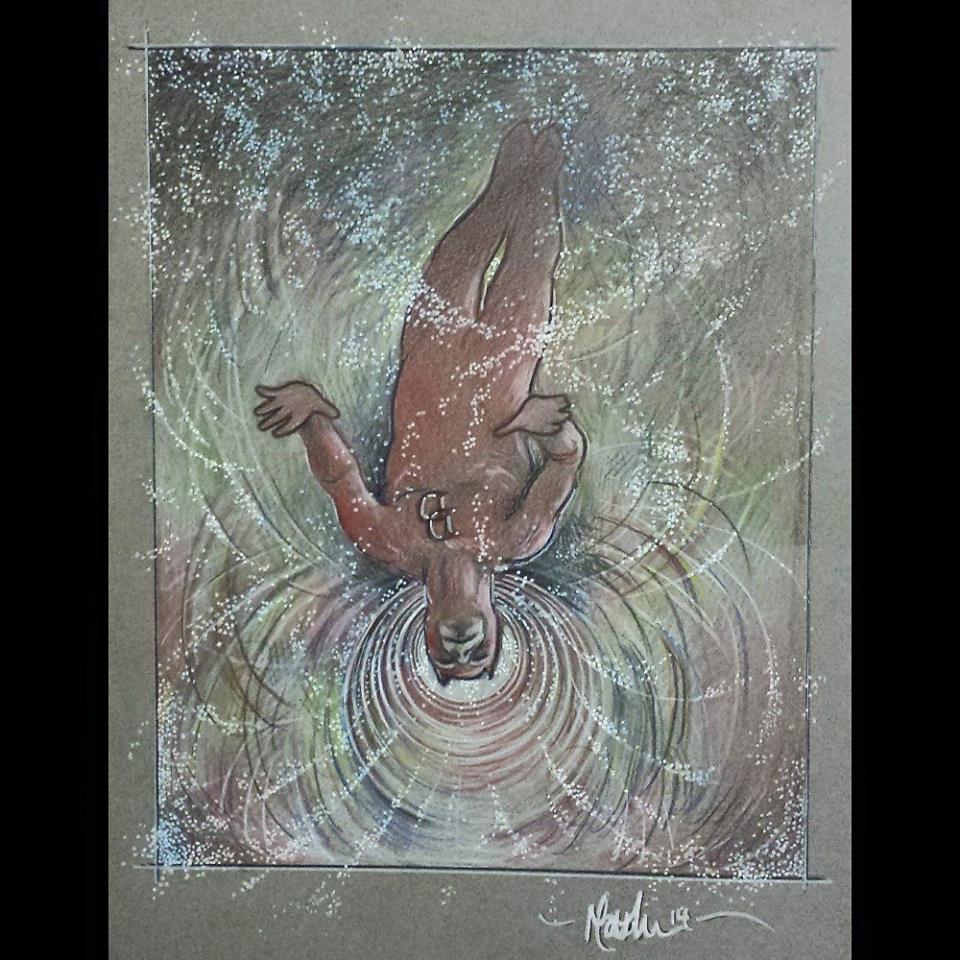 Murdock’s drive to become a lawyer made Civics Class that much less painful, as well. It was then that I determined that you are never to old to pretend you are your favorite superhero. In fact, if you can’t occasionally do precisely that when the chips are down and things are looking grim (like a staring down the barrel of a final Civics exam), what exactly is the point them? Good fictional characters resonate with us because they are reflections of ourselves; they teach us lessons about our own nature from outside of ourselves in shades of both darkness and light. Superheroes that stay with us across generations act in this same way. Not as reflections of the way we are, per se, but of the way we could be if we just nut-up, shut-up, and get to work. 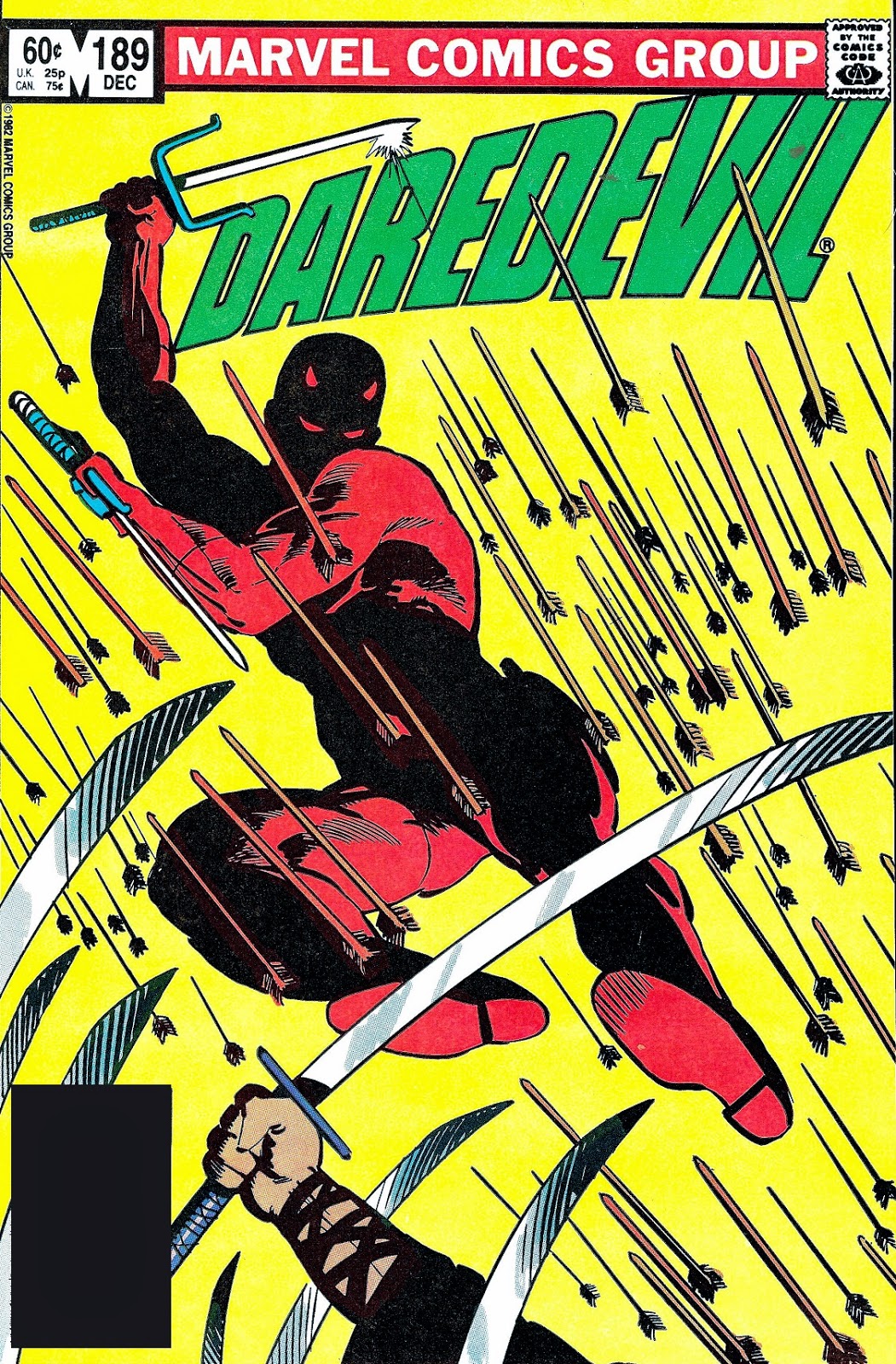 As an adult, this is what Daredevil now represents for me. Not as just a four-color pulp hero existing in monthly magazines, and now streaming in live action, (although both are fantastically entertaining) but as a paragon of self-determination. If it seems silly to view a comic book character through such lofty lenses, all I can say is that I warned you that my perspective on Daredevil is subjective and emotional, but more importantly, unapologetic.

Sometimes it’s best to just get over yourself and recognize inspiration and role-models in whatever form, real or otherwise, they may manifest themselves. You never know, you may learn something about yourself. You may see something that scares you, some aspect of yourself that you are afraid to admit could be better, and, if you get that far, you may come to  realize that the uncomfortable truth that the only way to achieve that better version of yourself is to be blind toward all reasons not to and leap at it, head first, without fear.

About Matt Rawson: I am dedicated to the creation of hand-made art, especially using traditional and innovative pen & ink techniques. I have had work displayed in both private and publicly-funded galleries in the Washington, D.C. area. May work can also be seen in COLONIAL COMICS and the underground all-comics broadsheet MAGIC BULLET. You can catch more of Matt’s work of his Deviant Art page.