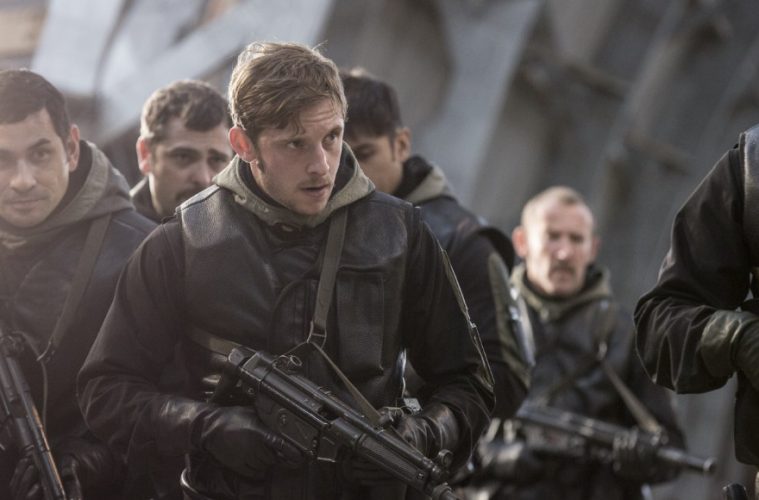 It’s nearly 20 years since a pre-pubescent Jamie Bell pirouetted his way to fame in Billy Elliot.
Nothing in his soft-cheeked innocence ever suggested that he would one day play a hairy-faced hard-ass. But that’s where he finds himself in the new Netflix thriller 6 Days (2017).

The film is a dramatization of the Iranian embassy siege which took place in London in 1980. Six armed gunmen from Democratic Revolutionary Front for the Liberation of Arabistan took over the building and demanded the release of prisoners held by the Iranian government.

A tense, six day stand-off followed as negotiations to resolve the stalemate took place with the terrorists. But after one of the hostages was shoot, soldiers from Britain’s elite SAS force stormed the embassy to free the prisoners.

It was a crisis that gripped the world, sadly 6 Days is unlikely to do the same. 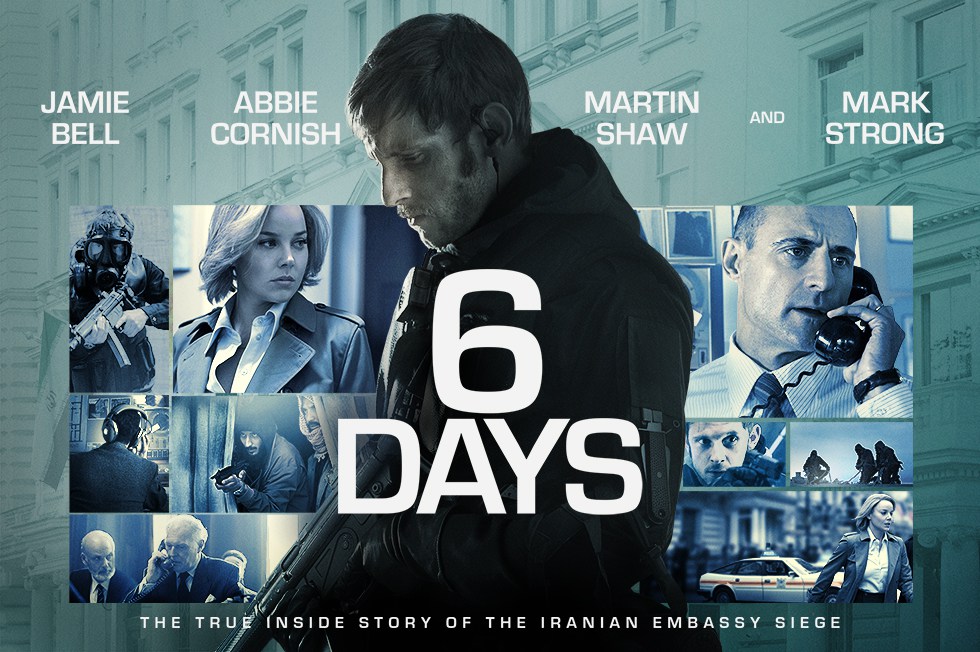 Instead of escalating tension, the film spends the majority of its runtime spinning its wheels. There are flavourless, drama-free scenes of government mandarins sitting around a table, and equally bland scenes of BBC journalist Kate Adie (Abbie Cornish) standing outside the embassy waiting for something to happen. (A position that anyone watching this film will soon sympathise with).

Marginally more interesting are the scenes where Mark Strong’s policeman negotiates with the terrorists, and where the SAS plot their assault. But director Toa Fraser is unable to even make them compelling.

He is perhaps hampered by the narrative structure which gives equal weight to these four perspectives (oddly, we see next to nothing of the terrorists, and the hostages inside the embassy). Crammed into a 90 minutes runtime, there’s insufficient time to flesh out the characters or the dilemmas they’re facing.

As a result, Jamie Bell – who is ostensibly the ‘star’ – only has about half a page of dialogue throughout the film. It probably took him longer to grow his moustache than learn his lines.

Ultimately, this is a competent but forgettable film. Six days is about as long as you’ll remember anything about it.

6 Days is streaming now on Netflix