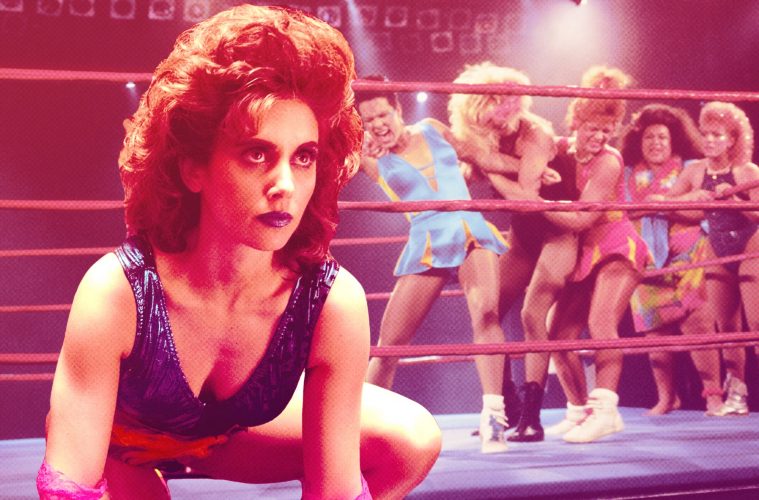 To my surprise (and to the surprise of just about everyone I’ve talked to about it), Netflix’s first season of GLOW wasn’t just good…but exceptionally good! And I’m not just saying that because of my affinity for women in leotards with big hair.* I’m saying this because I’ve watched my fair share of documentaries and have even written a fictional take on the world of pro wrestling, yet I’ve never come across anything that nailed what makes pro wrestling so captivating quite like GLOW.

Which is why the following season 2 announcement is definitely welcomed. The whole crew is here and, judging from the below trailer, their every bit the motley crew that they were when we left off last season.

The girls are back in town. Season 2 of GLOW returns June 29th – bring your leg warmers.

Season 2 follows the women of GLOW as they become local celebrities, confronting the good, the bad, and the ugly realities of their newfound fame. As Ruth (Alison Brie) and Debbie (Betty Gilpin) settle into the day-to-day of making a season of TV together, they confront lingering issues at the heart of their friendship. Sam (Marc Maron) is still Sam, but now he has a teenage daughter living with him and twenty episodes to churn out. The wrestling is harder, the stakes are higher, and the hair is even bigger.

GLOW returns to Netflix on June 29th. I’m not ashamed to admit that I will be there on day one.