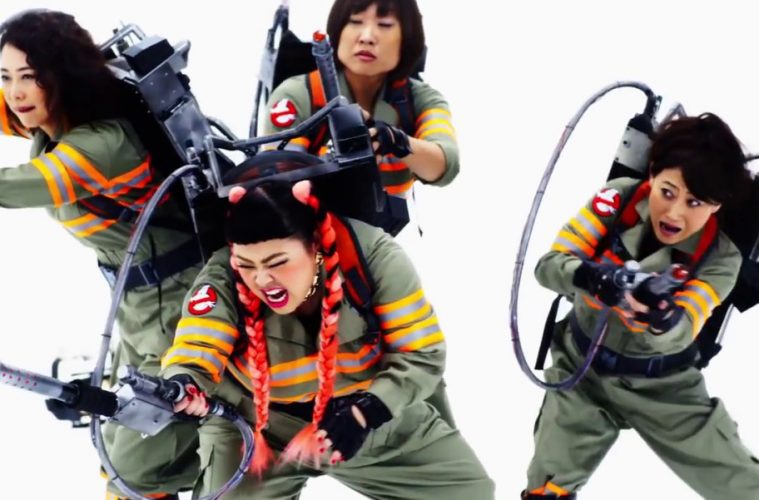 THERE IS AN OFFICIAL J-POP GHOSTBUSTERS MUSIC VIDEO…AND WE KIND OF LOVE IT!

It’s gotten way too easy top rag on the upcoming Ghostbusters remake/reboot/sequel/whatever. So in an attempt to go against the grain (if for just a second) we’re going to focus on something positive that has spun out of this whole thing. Namely, the Japanese music video for Ghostbusters 2016!