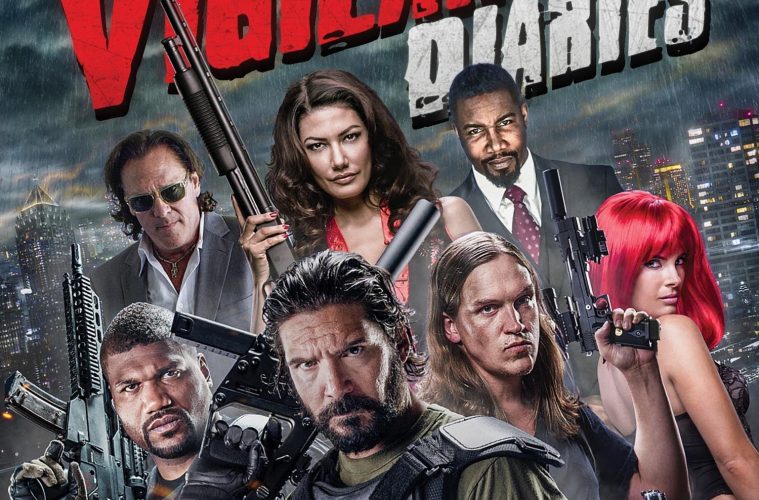 Allow me to begin simply: I am no film critic and I say that proudly.

I had some rotten tomatoes lying around here someplace, but I threw them in the garbage where they belong. Instead, I give you a short review of a no-holds-barred, very-hells-yeah, action film.

Vigilante Dairies, starring Paul Sloan, Kevin L. Walker, Jason Mewes, and ton of other hard hitting names you’ll recognize, is a 2016 action movie directed by Christian Sesma and is an adaptation of the TV show with the same name.

The basic plot follows Vigilante (Paul Sloan), a veteran and ex-CIA wetworks agent as he takes down the Armenian mob. Along the way he gets help from his sidekick, The Kid (Kevin L. Walker), a wacky documentarian (Jason Mewes), and a slew of bad hombre mercs lead by Rampage Jackson.

A quick and dirty analogy of this movie is it’s like a strip club. Grab your bros, some beer cash, and mentally prepare not to make apologies for yourself; because Vigilante Diaries doesn’t offer any for itself either.

For a more complete review, check out the video and let us know what you think in the comments below. Or better yet, go watch the movie!