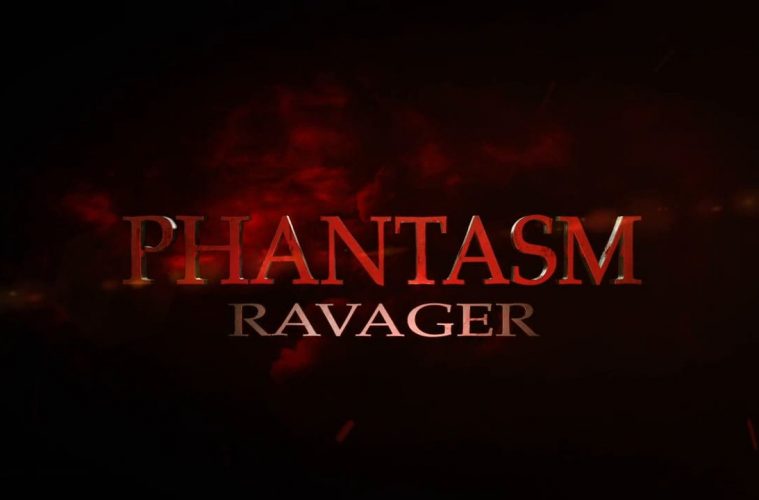 A PHANTASM PHAN ON PHANTASM: RAVAGER

Phantasm: Ravager, the fifth instalment in the cult horror franchise, has been a long time coming. It’s been eighteen years since the last sequel, Phantasm IV: Oblivion. Amazingly, a full thirty-seven years has passed since the first Phantasm film. Don Coscarelli, writer and director of the first four movies, co-writes and produces. Directional duties are left to Coscarelli’s writing partner David Hartman, best known for his work on animated TV shows such as Transformers Prime. 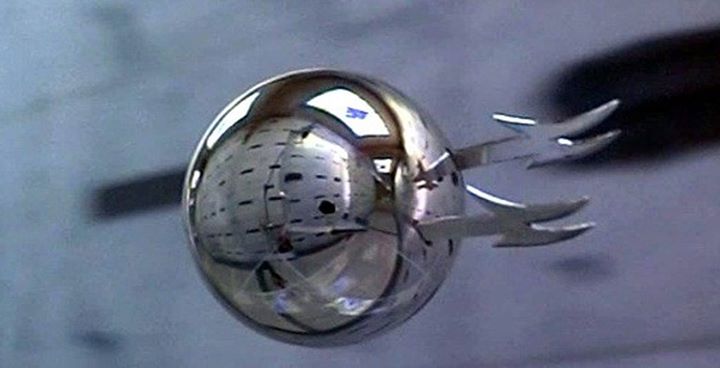 I am a huge fan, or phan as we are often called, of the Phantasm series. If you haven’t seen it, the first movie tells the story of a slightly paranoid young orphan named Mike (A. Michael Baldwin) who is being raised by his older brother Jody (Bill Thornbury) Mike realises that something very strange is going on at the local funeral home, bodies are disappearing and Mike’s suspicion falls on the towns unusually sizeable funeral director. My Father told me all about this film, he saw it as a teenager and it was a movie that stayed with him, the flying spheres, the reanimated corpse slaves (known as Lurkers) and of course, The Tall Man (Angus Scrimm) As soon as I was old enough I tracked the movie down and saw it for myself, immediately falling in love with its surreal qualities and themes of fear, dreams, death and mourning.

Many years and three sequels later I had largely given up hope that the long promised fifth movie would ever see the light of day. The project had been in a state of limbo for years, with rumours flying around like Sentinel Spheres about interest from New Line Cinema, all of which came to nothing. However, in 2012-13 Phantasm: Ravager was filmed in secret. After some issues with finding a distributor and a pause to theatrically release Phantasm: Remastered, it was finally ready to meet the world. 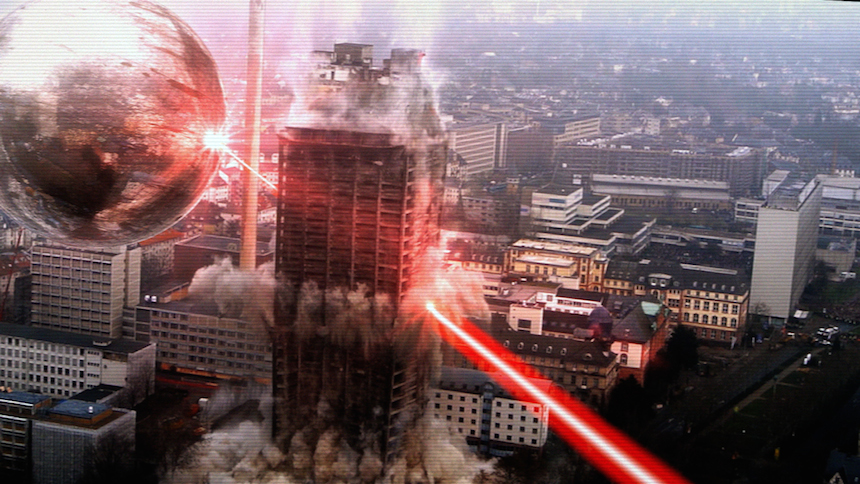 Phantasm: Ravager follows the perspective of Reggie (Reggie Bannister) guitar playing ice cream vendor turned post-apocalyptic badass, as he searches for Mike after the events of Phantasm IV: Oblivion. Having fought against The Tall Man for decades Reggie is old, tired and can no longer tell what’s real. Driven by the memory of the promise he made to Jody (Mike’s dead older brother) Reggie tries to find Mike through multiple divergent realities while trying to defend himself and others from The Tall Man and his deadly Sentinel Spheres.

I was REALLY looking forward to this movie. I was hoping that Phantasm: Ravager would successfully draw together the plot threads of the previous four movies and give the franchise a satisfying conclusion. As a series Phantasm is known for its rich lore, dream-like feel, and slightly baffling storylines. Ideas such as enslaving the dead, inter-dimensional travel and questionable realities are all integral to the Phantasm experience. Every one of the movies leaves you with questions. Did any of that really happen? Has The Tall Man finally been defeated? Why is The Tall Man so obsessed with Mike? Will Reggie EVER get laid? As Ravager looked to be the final chapter in the Phantasm saga, I wanted it to give some kind of closure on the story. I also hoped that it would serve as a worthy and fitting tribute to Angus Scrimm, who passed away on January 9, 2016, at the age of 89. 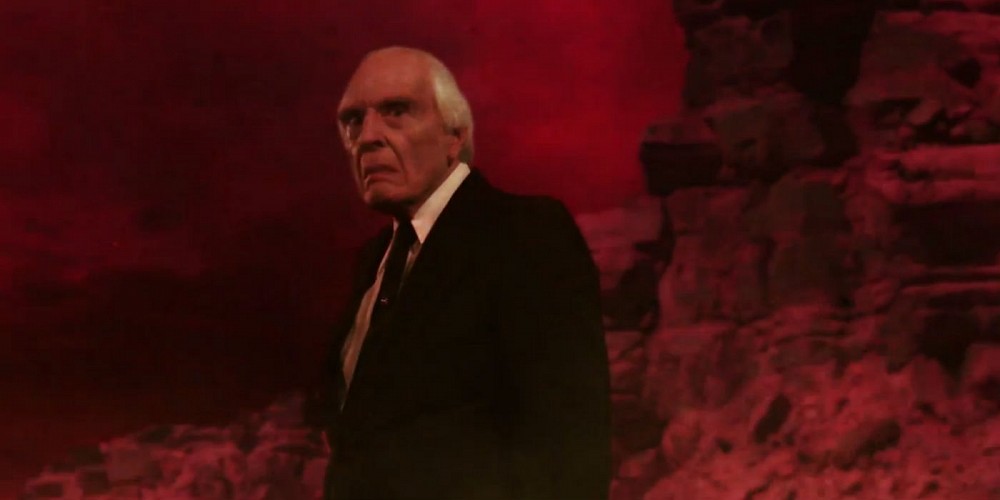 So did Phantasm: Ravager meet my expectations? Well…yes and no. The story is engaging and Reggie is very capable of holding our attention, having more than earned a full story of his own. Reggie was always the everyman of the series, the stalwart companion motivated by nothing more than a sense of loyalty to his friends (not to mention trying to get some wherever possible) The scenes of Reggie trying to make sense of what’s going on around him are compelling and we feel for him as a man who at this point is really just trying to keep on going. Angus Scrimm as The Tall Man is, as always, a joy to watch. It is clear that he is frail, and so the filmmakers are somewhat limited in what they’re able to do with him. Yet Scrimm still manages to own every scene he is in, reminding us one last time of why these movies have gained cult status.

As for the plot, Coscarelli and Hartman seemed to be aware that no-one was going to use this movie as a jumping on point to the series, yet also felt that they had to balance that up with the amount of time that has passed since the last movie. As such there is a good deal of exposition and references to the earlier films, all carefully placed and never feeling like they were shoehorned in. The multiple timelines are well handled, continuing in the dream-like tradition of the series. It’s true that the realities are convoluted, but not enough to impede overall enjoyment. 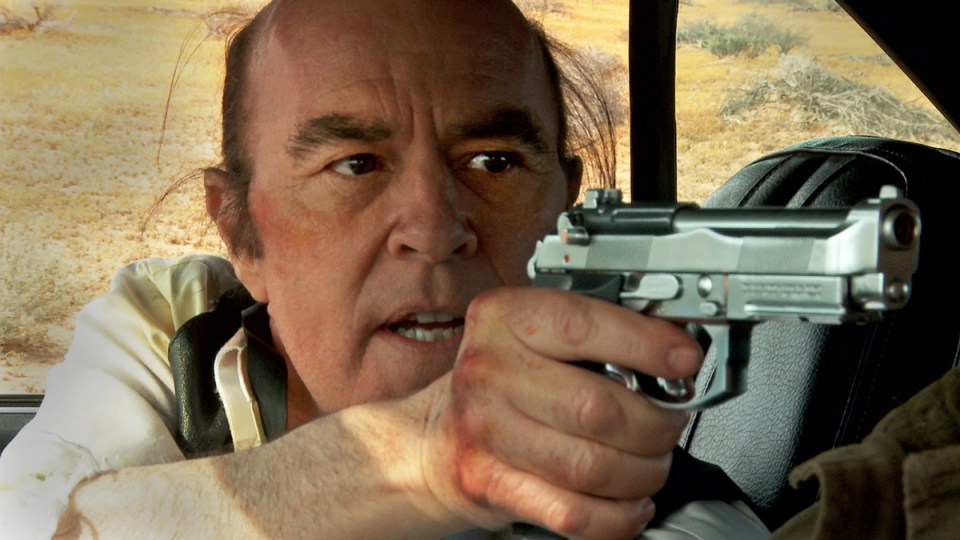 However, Phantasm: Ravager is not without its problems. The first Phantasm movie was a low budget independent film. This forced Coscarelli to be inventive in terms of effects, making the lack of funding less apparent. Phantasm: Ravager is also low budget and unfortunately it shows in the cheap looking computer generated effects and the occasionally shaky camerawork. The movie also seems to have some real balancing problems, both with the cast and the story. The filmmakers clearly wanted to bring back a lot of recognisable characters from the previous movies, yet also introduce some new blood. The problem is that new characters Dawn/Jane (Dawn Cody) and Chunk (Stephen Jutras) get so much more screen time and importance than long established characters, to the point where even Reggie and Mike end up completely sidelined. Scenes with little to no relevance or importance, such as the scene with the car thief and the barn scene, take up a lot of time while Jody (Bill Thornbury) is reduced to a blink-and-you’ll-miss-it cameo, Rocky (Gloria Lynne Henry) only shows up during the credits and the return of The Lady In Lavender (Kathy Lester) is completely wasted. 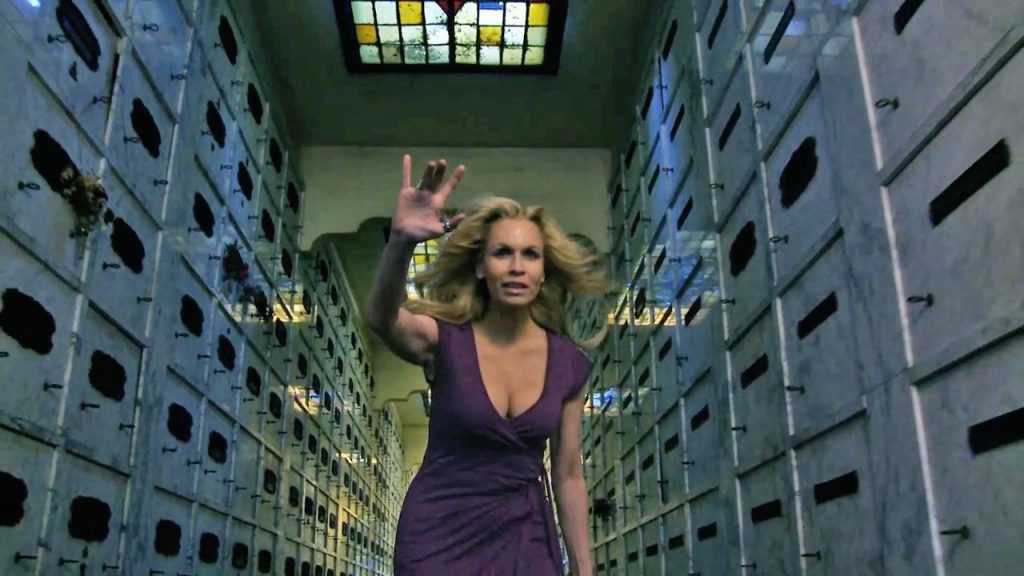 Despite its problems, I did enjoy Phantasm: Ravager. It was clearly made as a labour of love and a sweet slice of fan service for those who have followed the series this far. It didn’t quite succeed in giving me the satisfying conclusion that I wanted, but that’s ok, tying up all the loose ends and resolving things neatly was never something that the Phantasm movies have ever done. It doesn’t add anything new to the series and the whole thing comes off as somewhat messy and unbalanced, however, as a sentimental attempt to come full circle it still manages to work. Phantasm was about a young boy coping with the deaths of his family, Phantasm: Ravager is about an aging man coping with the loss of his memories and sense of reality as he faces his own death. Though I finished up somewhat ambivalent towards Phantasm: Ravager, my feeling is that phans are either going to love it, or hate it.

The Phantasm series is now a rarity, a long-running franchise with a large and loyal fan base that has moved along doing its own thing largely beneath the radar of the corporate Hollywood nostalgia machine. Movies such as A Nightmare On Elm Street owe a debt to Phantasm. Its mythos helped pave the way for horror concepts such as the end not really being the end, and even death not bringing release or escape. As a villain, The Tall Man plays upon our natural fear of dying and the hereafter. Modern horror audiences are also indebted to The Tall Man. Even if you’ve never heard of Phantasm, you are probably aware of the biggest fictional supernatural character that The Tall Man helped to inspire, Slender Man. With persistent rumours of a remake, it is unclear whether Phantasm will be allowed to remain in its niche. If you have never seen the movies? I’d definitely urge you to give them a watch. You play a good game boy, but the game is finished, now you die. Rest In Peace Angus Scrimm.