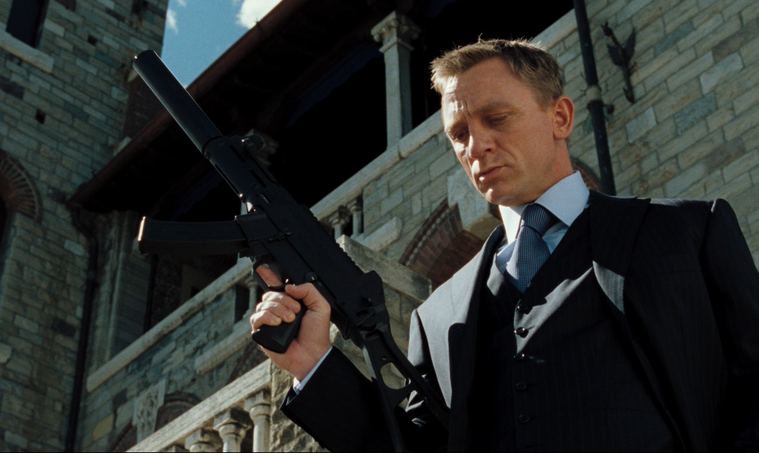 Daniel Craig’s debut occurred four years after Die Another Day left Bond in a proverbial gutter… or, if you buy into the Fever Dream theory, in a literal gutter (aka North Korean prisoner camp) with his brain all scrambled. To create proximity and distance from the much maligned 20th Bond film, Eon Productions “rebooted” 007 to the beginning. (You’ll note my displeasure with the term reboot in my official #Bond_age essay on the matter.)

On November 14th, 2006, the world officially met James Blond when he brutalized a goon in a men’s room with a shocking scene of close-combat fisticuffs. In high-contrast black and white — a distinct and bold stylistic choice, something to which Bond films had long been resistant. Casino Royale (2006) brought a classic Fleming novel to the big screen, with specific attention to the tone and style. Director Martin Campbell’s second successful resuscitation of the Bond franchise. This was a classic Fleming Bond character — dour, gritty — repackaged for the 21st century. A stunning turnaround after the Pierce Brosnan’s Wonderland fantasy world of Die Another Day. 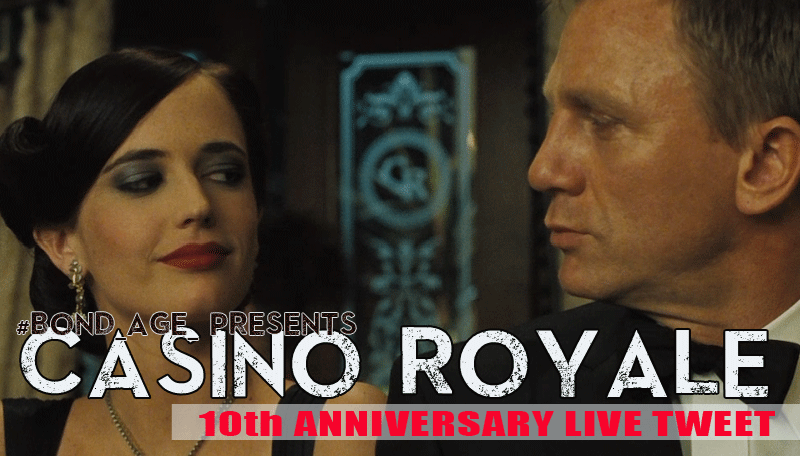 In the years since, Casino Royale (2006) has been elevated into Bond’s exclusive top tier, regularly mentioned alongside the gold standards — From Russia with Love, Goldfinger and On Her Majesty’s Secret Service. The film spawned the first direct James Bond sequel in Quantum of Solace (which only has a bad reputation, I’m convinced, because it suffered the misfortune of following Casino Royale).

Some might ding the film for aping Bourne‘s cinematography and fight choreography, but beyond the new superficial Bond “realism,” Martin Campbell slowed down the pace and focused on the Bond essentials. Liquor, cards, women, and memorable villainy.

To celebrate the film’s first decade, #Bond_age_ would like to throw a party for all of our friends. Let’s all raise a Vesper this Wednesday to toast Casino Royale’s 10th.