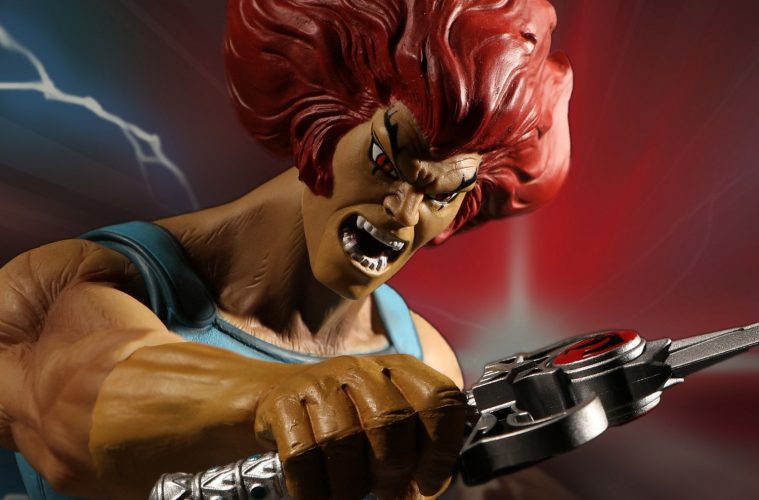 The toy makers over at Mezco are at it again. First, there was the super rare Judge Dreed black and white figure. Which was then followed up by their highly-detailed Punisher and Deathstroke offerings. Now, Mezco is going “Mega Scale” with their upcoming Thundercats deluxe editions. 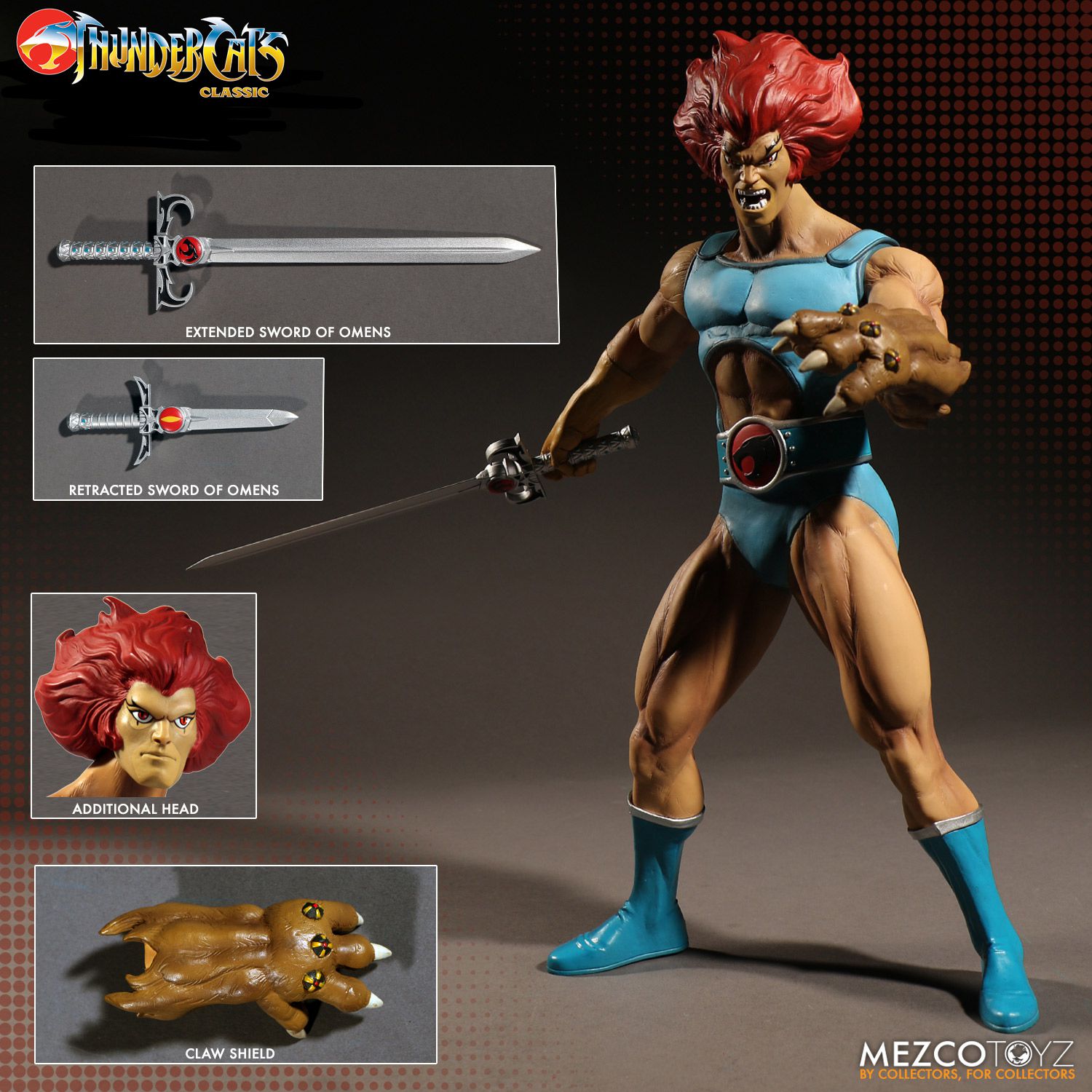 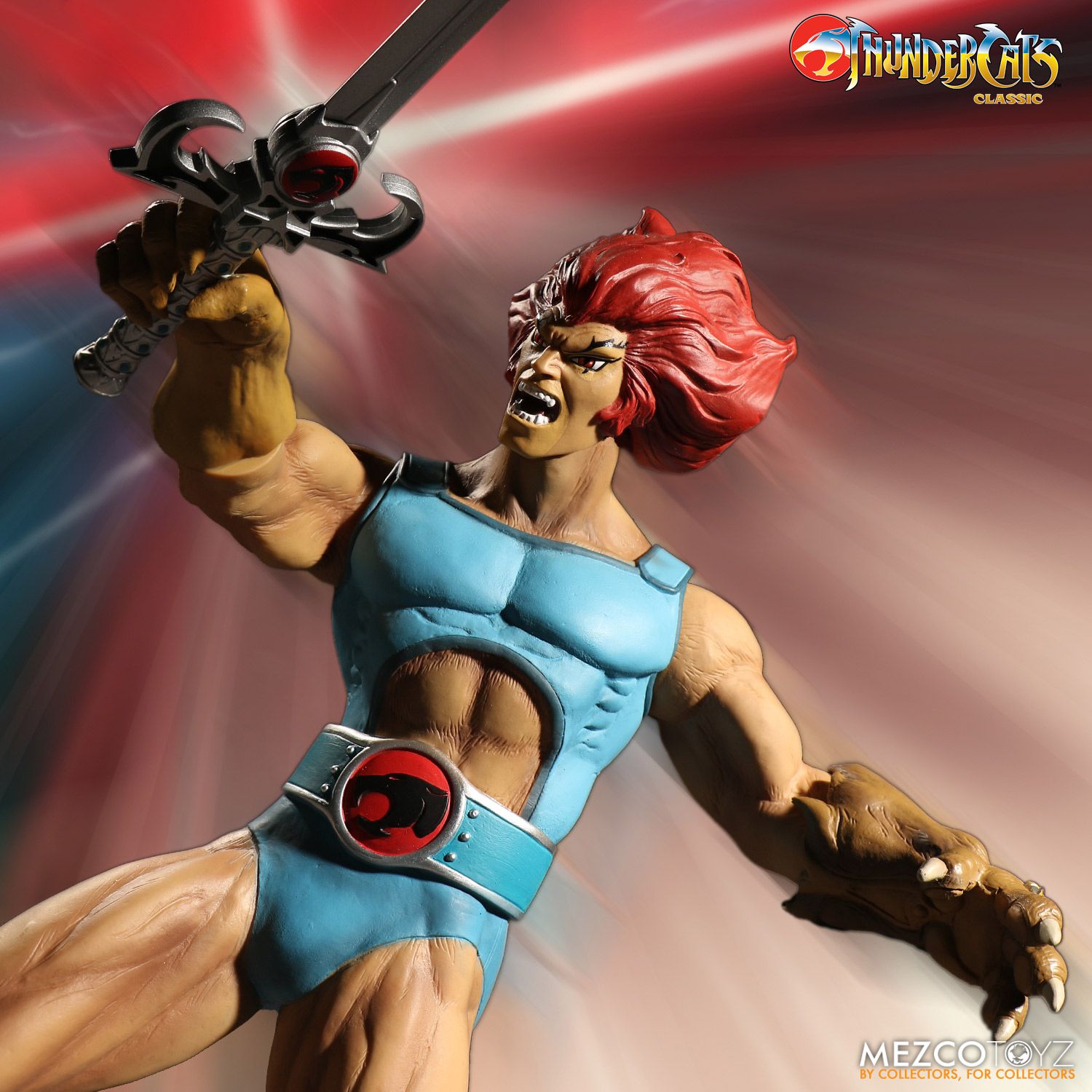 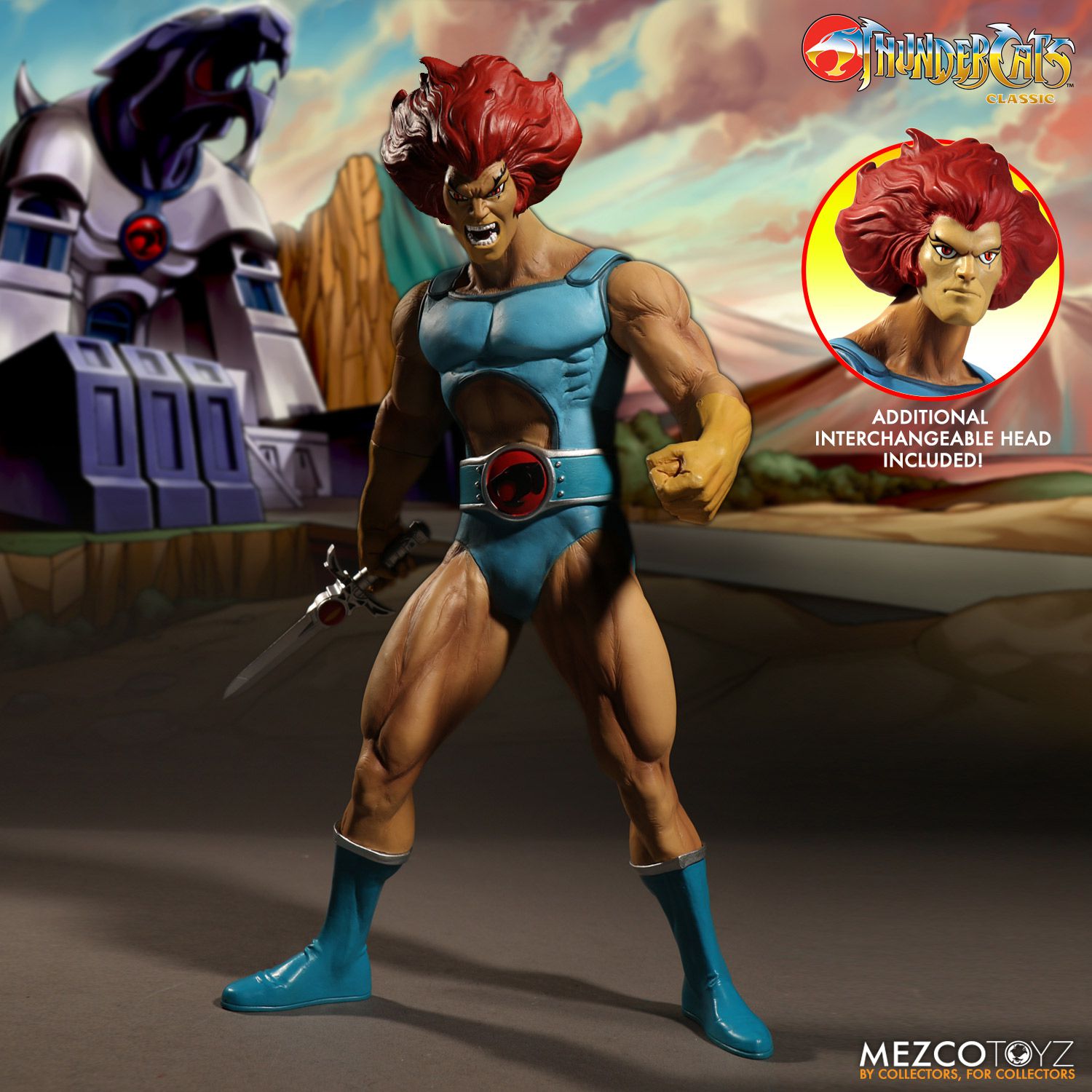 Straight from Third Earth comes the leader of the Thundercats, Lion-O. This mega scale figure measures over 14″ tall from the top of his head to the soles of his Thunderian boots. This deluxe version comes complete with 2 interchangeable heads: a roaring mouth for battle and a serious closed mouth face for when he is planning his next clash with Mumm-Ra.

Featuring 7 points of articulation this mega figure is carefully detailed, perfectly capturing not only the iconic look of Lion-O as he appeared in the classic television series, but the essence, of Lion-O as he proudly raises the mystic Sword of Omens towards the heavens and roars out “Thundercats, Ho!”

Lion-O is packaged in a collector friendly window box that allows him to be displayed without having to remove him from his package. 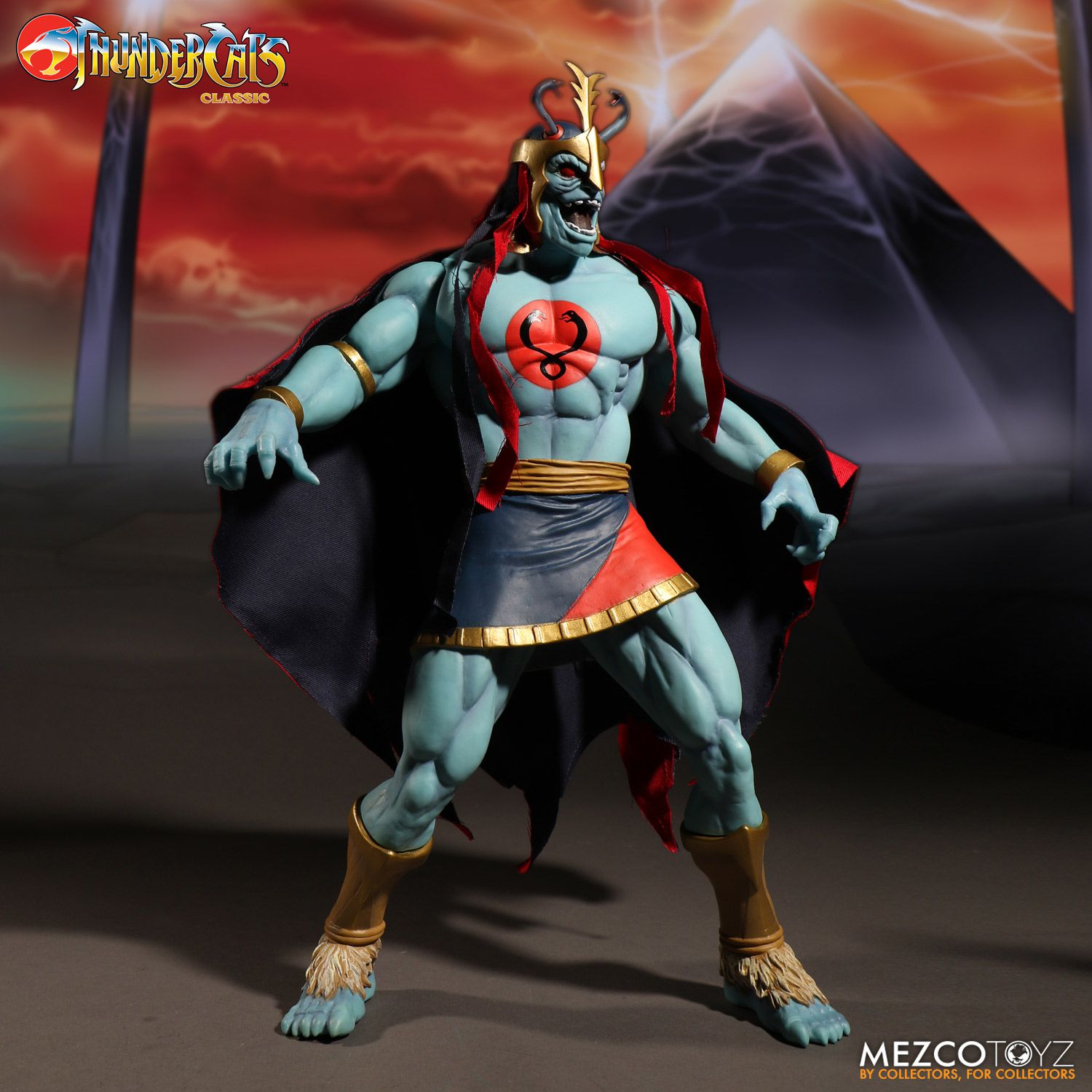 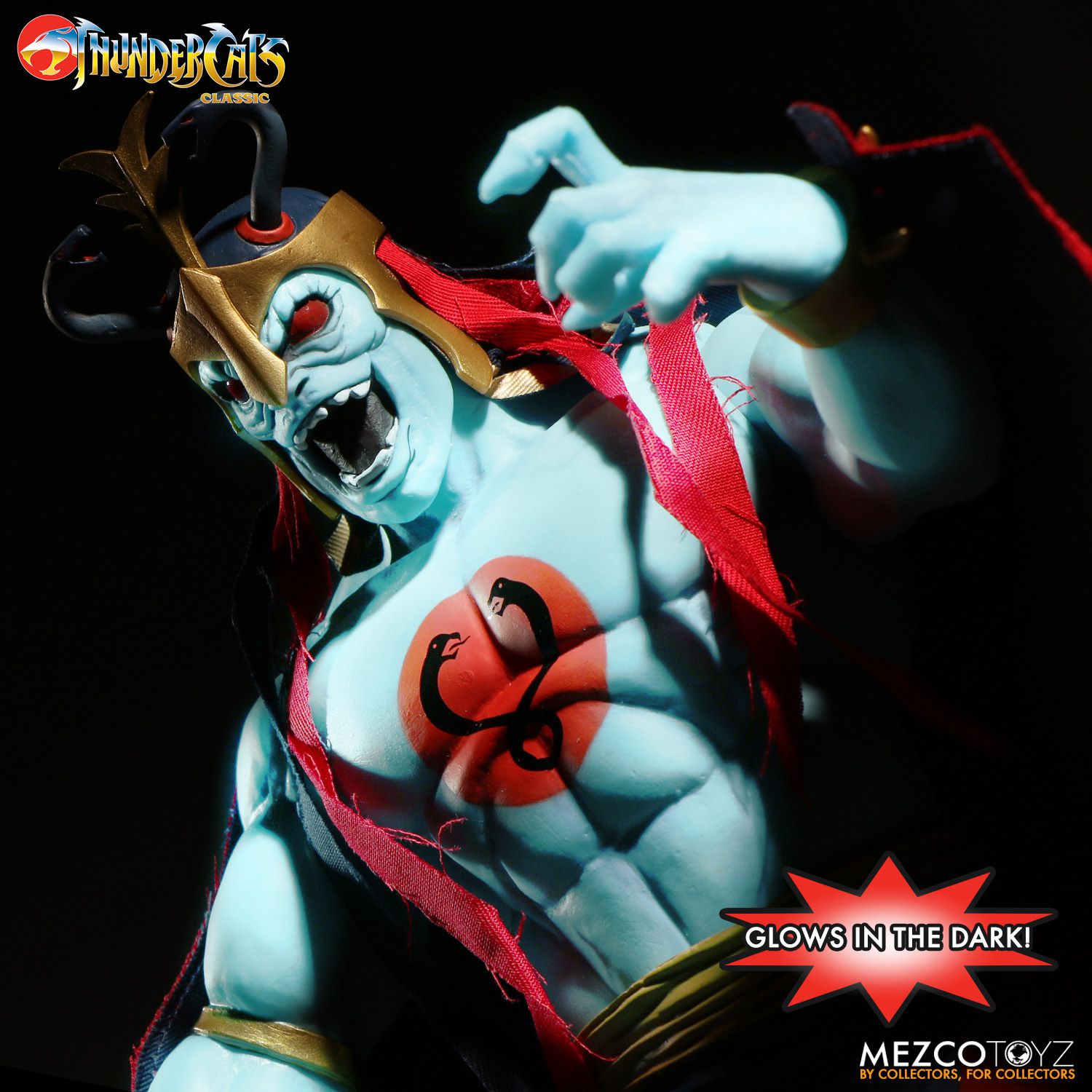 This special edition features a powerful, mysterious glow that illuminates even the secret chambers of the black pyramid on Third Earth.

Based on the the original animated series, this mega scale figure is 14″ of evil ancient fury! Mumm-Ra is superbly detailed, perfectly capturing not only the iconic look of Mumm-Ra the Ever Living as he appeared in the classic television series, but the essence of his villainy as he spread wide his arms and swears to destroy Lion-O.

Mumm-Ra features 8 points of articulation as well as a real cloth cape and bandages. Packaged in a collector friendly window box, it makes an outstanding addition to any Thundercats collection.

Yup. They’ve got a Mumm-ra too. Actually, they also have a Tygra and a Snarf as well. Personally, I was always more of a Tygra kinda kid, but why pick favorites with all these amazing options?

You can pre-order Lion-O and Mumm-ra over at Mezco’s official site now. Tygra and Snarf are available now!