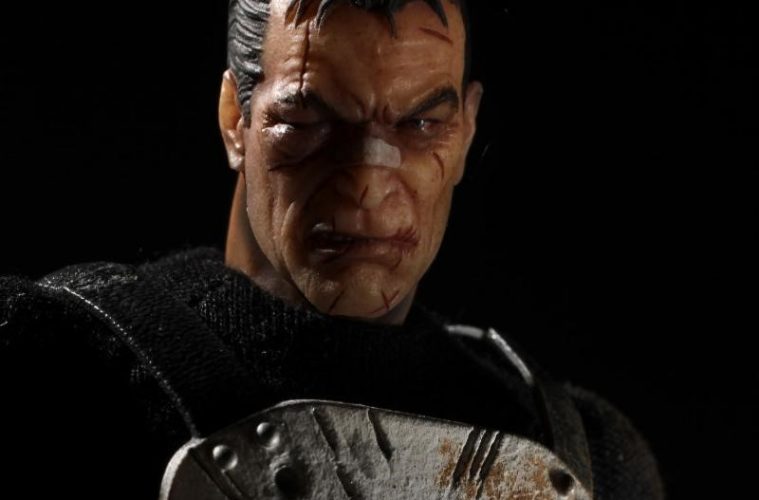 WITNESS: MEZCO’S ONE: 12 COLLECTIVE ARE ABOUT TO UNLEASH PUNISHMENT

Mezco’s One: 12 Collective continues to roll out highly detailed figures featuring some of the action genres more memorable heroes.  Now the folks who gave us Captain America, Judge Dredd, and Batman: The Dark Knight Returns, are adding Marvel’s most ruthless vigilante…The Punisher!

When veteran war hero Frank Castle’s family is slain in front of him during a mob related shootout he vows vengeance becoming the Punisher.

waging a one man war on crime the Punisher utilizes his vast military skills to brutally serve justice to those he deems deserving. an expert in hand to hand and weapon based combat he is an unstoppable force.
Meticulously developed to capture the intensity of the character and outfitted on a newly designed One:12 Collective body, the figure has impressive details. The final product creates a “real world” look reflecting the characters severity. 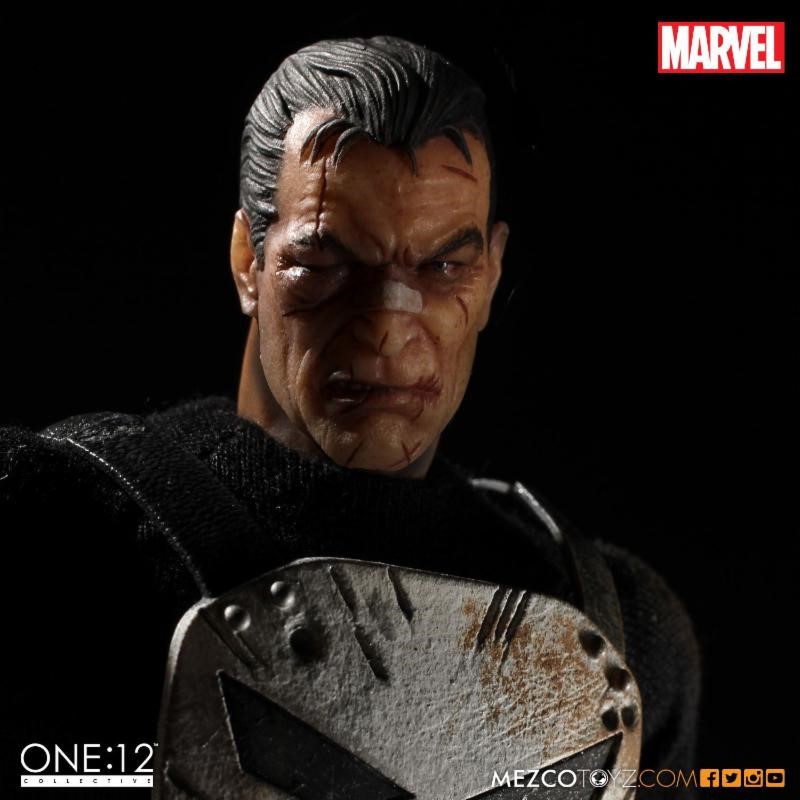 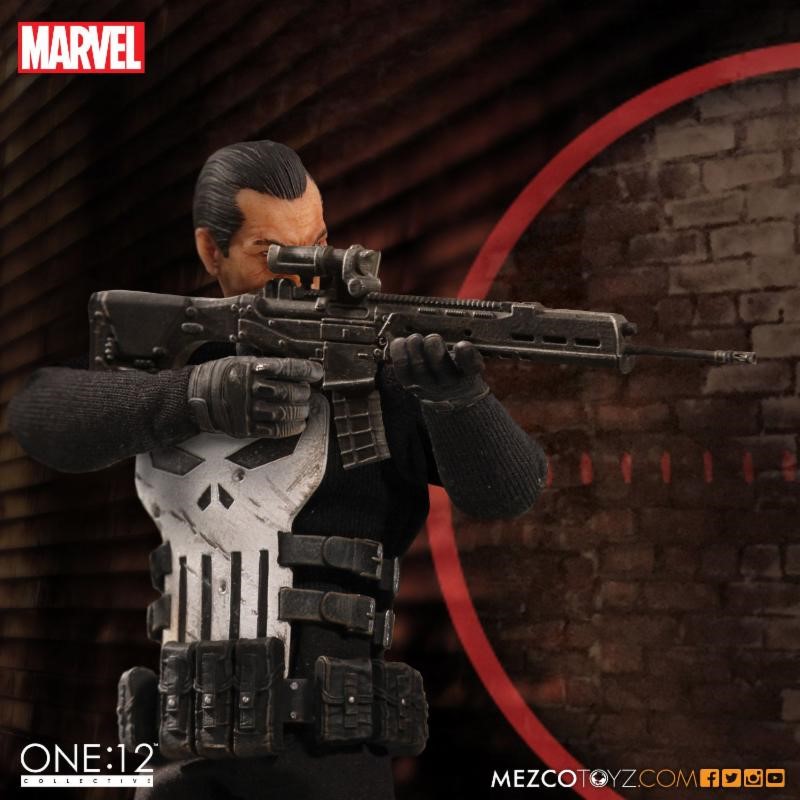 Packaged in a deluxe, fifth panel window box with a character specific slipcover. Designed for collector convenience, the packaging allows for both maximum protection as well as ease of removal for display. 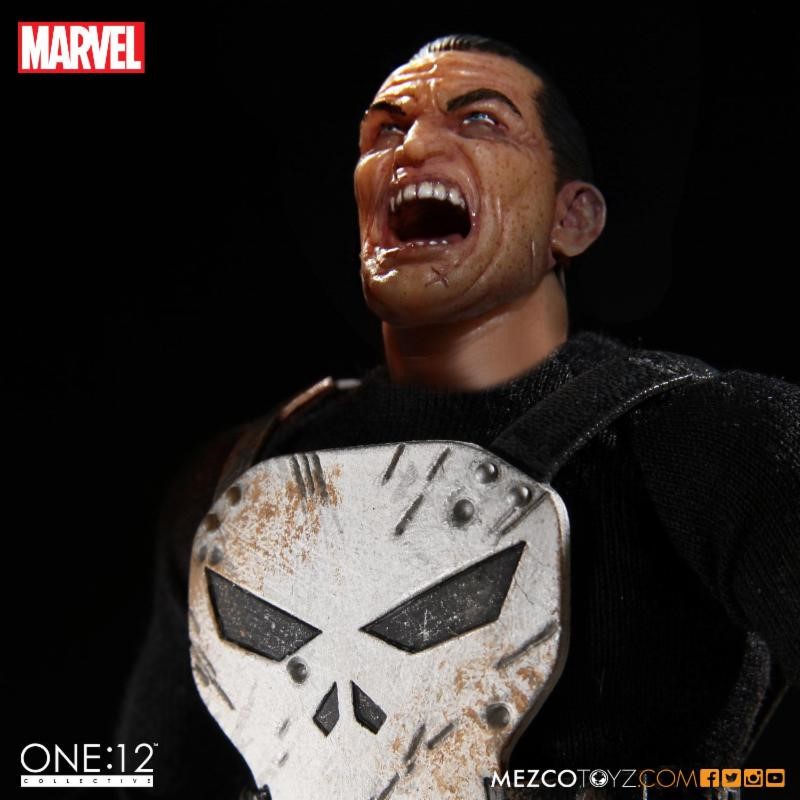 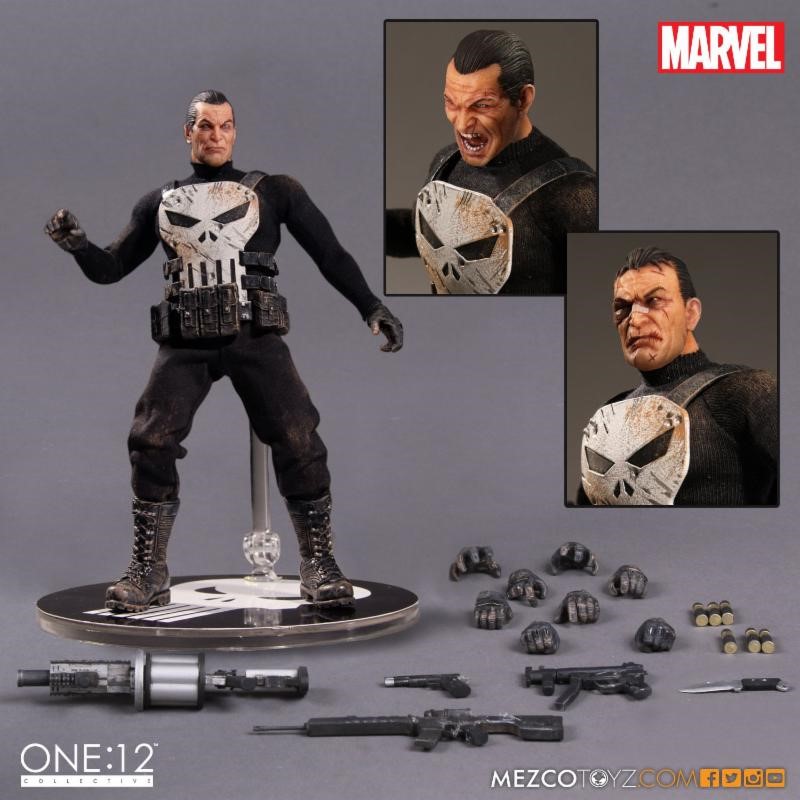 As of this posting, you can scoop up a preorder for this November/December 2016 release TODAY! Simply head on over to Mezco’s online store HERE! Punishment awaits anyone who doesn’t.