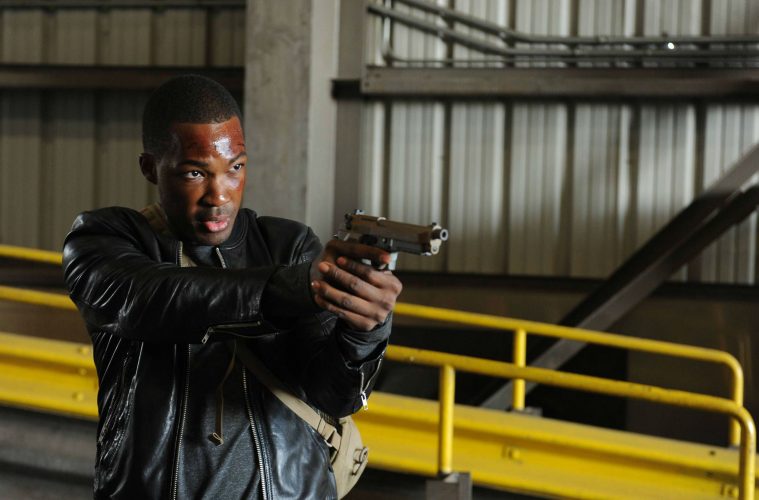 Some time back, Kiefer Sutherland crushed almost all hope of returning to the greatest show on television, ’24’, as incomparable action hero Jack Bauer. Although recently suggesting that he’s on an extended break as opposed to done completely, Kiefer’s exit as now led to the new spin-off, ’24: Legacy’, which will exclude not only Jack, but every other major and supporting ’24’ character, and feature an entirely new cast and leading hero.

’24: Legacy’ sees Eric Carter (Corey Hawkins) an ex- Army Ranger return to the United States, to be reunited with his family. But when his past comes back to haunt him, he must now turn to CTU for his own protection, and to keep his family alive. As he fights to stay alive, he discovers a massive terrorist plot to bring America to its knees. Joining forces with CTU and the former head of the terrorism fighters, Rebecca Ingram, who is now running for President of the United States, Carter’s skills will be put to the test for a bone-crunching 24 hours.

As a longtime fan of ’24’, I was disappointed to learn that Jack Bauer wouldn’t be returning any time soon. Especially as the last special event series ’24: Live Another Day’ was so absolutely fantastic. But seeing this first trailer has ignited my interest in the spin-off series. Like ’24: Live Another Day’, ’24: Legacy’ will be a special event 12-episode series, instead of the traditional 24-episode seasons (as season 1-8 were), which will attempt to fit a day’s worth of action into half a day. Although I still have my doubts of the longevity for this attempt at recreating the legendary series, I am now excited to see what Fox and the producers (Including original series producer Howard Gordon, and Jack Bauer himself – Kiefer Sutherland) will deliver.

Here is the first trailer for ’24: Legacy’ (No doubt inspired by Bourne spin-off ‘The Bourne Legacy’)…