“The children of the failed King, they are so much like their father. Having failed more often than having succeeded, Wanda and Pietro Maximoff have seemingly resigned themselves to a life of painful mediocrity.” 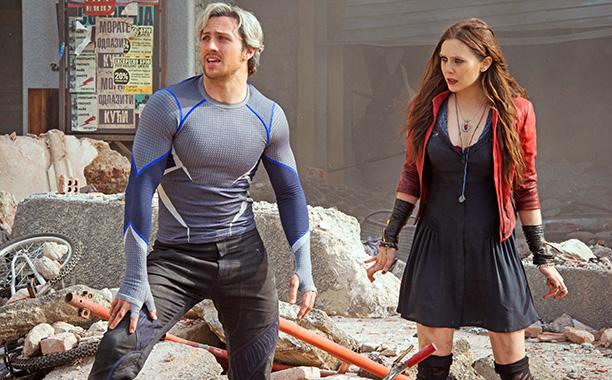 I came upon a brief article on the upcoming Avengers: Age of Ultron movie in USA TODAY earlier in the week. It focused on the two characters making their on-screen debut in the film: Fraternal twins Quicksilver (played by Aaron Taylor-Johnson) and the Scarlet Witch (played by Elizabeth Olsen). There were several parts in it that, though adapted for the screen, just struck a wrong chord in this comic nerd. It was struck hard enough for me to want to give the newbies out there a crash-course and regular readers/viewers a bit of a refresher course. That course, of course, are the facts on Quicksilver and the Scarlet Witch, including my own thoughts and analyses on both.

1.) Both characters had their first appearance within the comics in Uncanny X-Men (Vol. 1) #4, released in March of 1964. They were initially cast as villains, being a part of Magneto’s Brotherhood of Evil Mutants. They only joined because they felt indebted to Magneto for saving their lives at some point in the past. They weren’t cut out for villainy and eventually left to publicly join the Avengers, a team of which both characters have been mainstays of throughout the various incarnations of that team’s history. 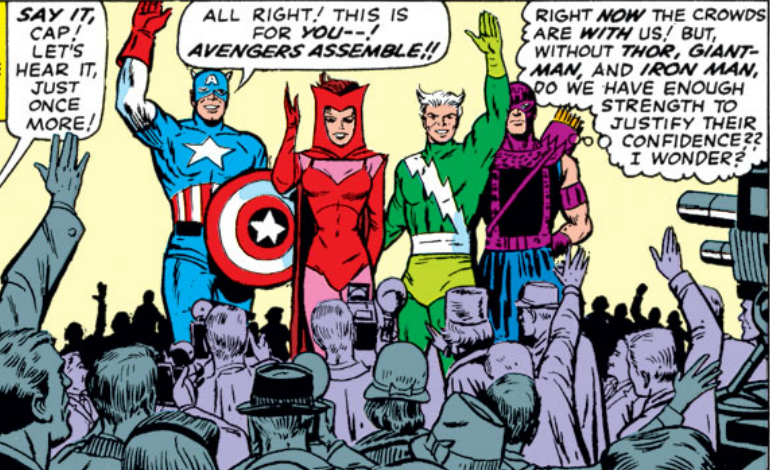 2.) Both characters, like the X-Men, are mutants. Of course, because Fox Studios owns the film rights to X-Men and related content (including the word “mutant”), the versions set to appear in Age of Ultron will be called “miracles” instead. Basically they received their powers through artificial experimentation instead of having a mutant x-gene which doesn’t exist in the Marvel Cinematic Universe. Forget what you saw in X-Men: Days of Future Past, the Quicksilver in that film and the MCU’s version are mutually exclusive. Though the characters are mutants in the book, they’ve seemed to have actively disassociate themselves from their genetic brethren throughout most of their history. They were the first mutants to join the Avengers and become publicly accepted. They acted like they wanted nothing to do with anything “mutant” for a long time. Because of this, I jokingly refer to them (along with the Inner Circle of the Hellfire Club) as the Uncle Toms of the mutant race. But their distance runs deeper than a desire to assimilate…

3.) Forget that retcon from the Axis storyline. I don’t buy it, and neither should you. Magneto is the biological father of Quicksilver and the Scarlet Witch. Of course, the writers didn’t introduce that little tidbit until at least 20 years after their first appearance. But for continuity’s sake, neither of the three knew they were related at the time of their debuts. Pietro and Wanda were given up for adoption, raised by gypsies and then went on the run when their mutations manifested. That’s when Magnus found them. Having Magneto for a father has led to a complicated family life for them all. Wanda seems more forgiving, but Pietro with his acerbic wit and hot-temper, is repulsed by him. This is compounded by Magnus’ mad obsessions, actions and by his willingness to slay his own children. When you’ve got a dad who’s a mutant supremacist, it’s kinda understandable why you’d want to keep your distance. Ironically, oft-times X-Men member Lorna Dane (aka “Polaris”) takes after Magneto the most. Pietro may have his looks and arrogance, Wanda’s powers make her a force of nature like Magnus, but Lorna actually inherited the same power as him and takes pride in being a mutant as well (though in a more positive light). Though for decades she was confirmed to not be related to Magneto, she was later retconned as his illegitimate daughter. Also, with Magneto’s heritage and upbringing in a Nazi death camp, this is technically a Jewish family. I’m surprised comic scribe Brian Michael Bendis hasn’t yet tried to have fun with that rarely stated fact. 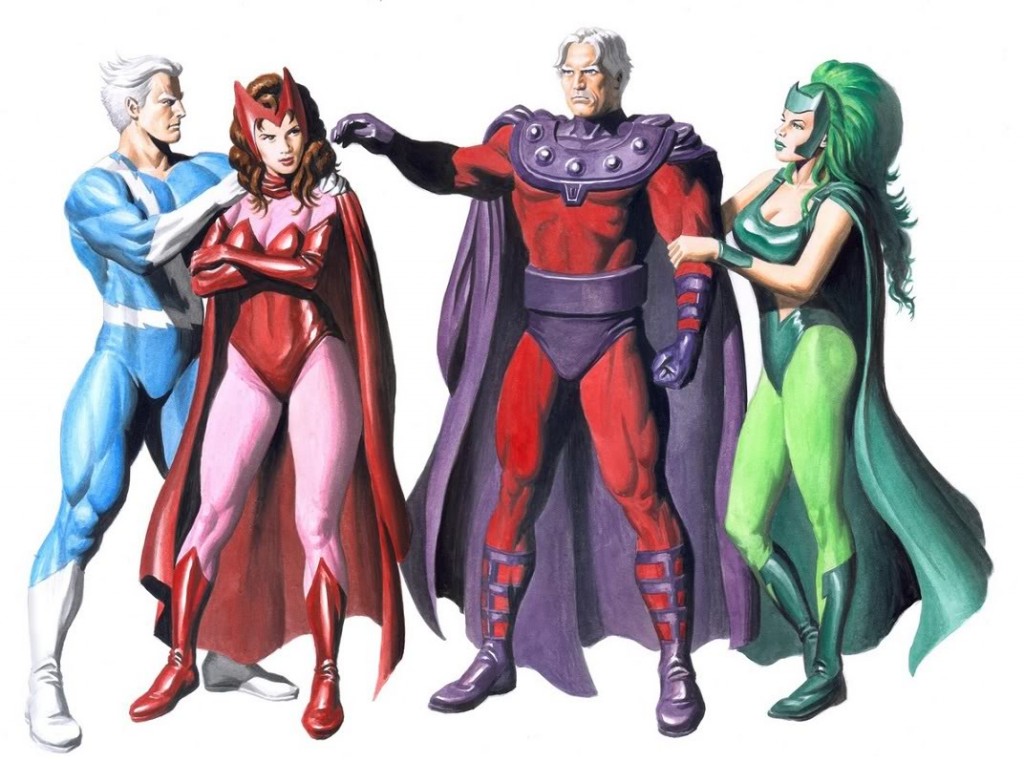 Magneto with his three mutant children Pietro and Wanda (l), Lorna on the right.

4.) In Captain America: The Winter Soldier, the mid-credits scene reveals Hydra leader Baron Wolfgang von Strucker to be the one to have experimented to create the “miracles”. This mirrors his book version, in which he experiments on his own twin children to accelerate and tweak their mutant development earlier than expected. Strucker’s also a Nazi war criminal and Magneto, as a child in Auschwitz, encountered him several times. In his adulthood, Magneto (along with Charles Xavier and his patient-turned-girlfriend Gaby Haller) defeated Strucker, leaving his equally-Nazi twin children festering for decades until they could avenge that defeat as the terrorist duo called Fenris. Considering Strucker’s involvement on-screen, I wonder if Fenris will make an appearance. And if so, will they also be called “miracles” and be pitted against Wanda and Pietro as kind of mirror images of one another? In the book, Fenris are White supremacists to the Nth degree and even hate their fellow mutants. That’s not something that’ll be brought up if they ever even appear on screen.

5.) For the film, Pietro is your typical speedster. How his power will differ from his DOFP counterpart remains to be seen. Wanda has been described on film as a telekinetic. Considering that and the fact that Elizabeth Olsen’s interpretation looks like Jean Grey, it could possibly be a subtle jab at Fox Studios. Her real power started out as altering probabilities, causing unlikely events to occur to work in her favor. She probably had massive luck at the casino if she went. Later, her ability was expanded to reality altering…the power to do anything she can imagine. She can create pocket reality scenarios, creating new histories or sequences of events within her range of influence. She could selectively alter individual aspects of that universe, including life and death. When the Infinity Gems are completed within the MCU as the Infinity Guantlet, I hope Wanda’s power is enough to rival it. After all, this is the woman who created the House of M reality and decimated her own people with three damning words: “No More Mutants” (which is kinda what Marvel is saying to Fox).

6.) Quicksilver and the Scarlet Witch are both into inter-species breeding. In the book, Pietro is married to Crystal of the Inhumans. Not only that, but they have a child together, Luna Maximoff. Despite her mixed mutant/Inhuman genetics, she had no naturally-developed powers. You think they’ll connect Quicksilver in the Inhumans film down the line? We’ll see. The Vision will appear in Age of Ultron, but I don’t know if they’ll make him romantic interest for Wanda. He’s a synthetic android like Data from Star Trek: The Next Generation. At one point, he and Wanda have twin children together. But apparently that was the result of demonic manipulation, reality altering, etc. The point is, Pietro likes non-mutant chicks while Wanda runs around with what’s basically a C3P0 fetish. 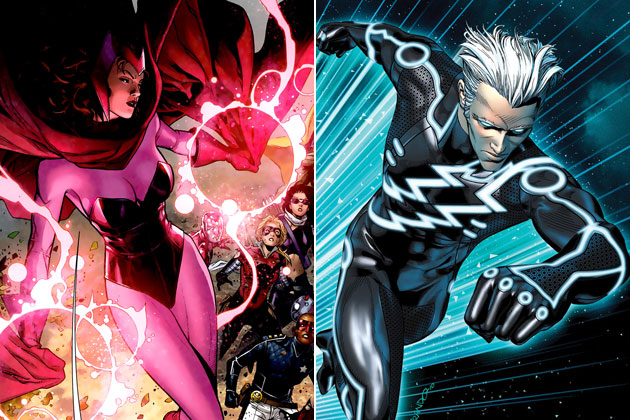 Quicksilver looks like something out of TRON: Legacy right here.

Action A Go Go on Twitter and Instagram |Be sure to leave your thoughts in the comments section!
Sy L. Shackleford is a jack-of-all-trades columnist for Action A Go Go. A University of Connecticut graduate with a degree in both psychology and communication sciences, he is a walking encyclopedic repository for all things Marvel Comics, movies, hip-hop, et. al. You can follow him on Twitter @shack_house83.