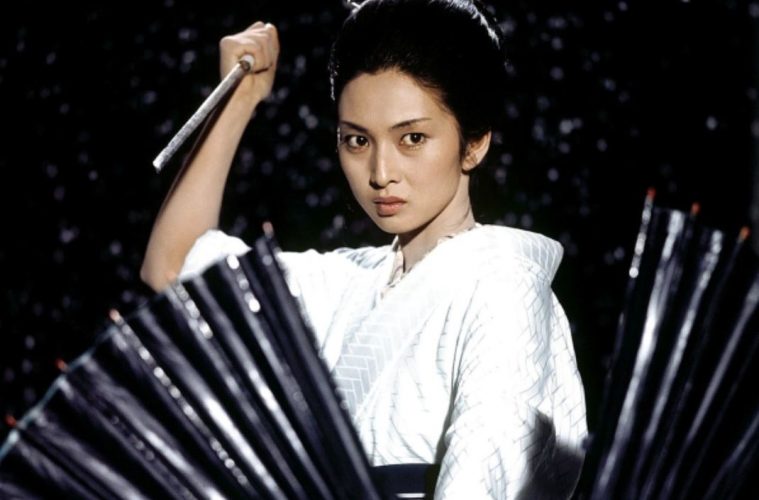 Are you in New York City this weekend? You might want to be. Because Japan Society — a nonprofit dedicated to bringing “the people of Japan and the United States closer together” — wants to (re)introduce New Yorkers to one of cult cinema’s most influential stars. Read on…

Known for her fashionable modern style, long black tresses and piercing gaze, the inimitable Meiko Kaji rose to the top of the Japanese film industry in the late 1960s and ’70s, working with some of the era’s most talented filmmakers to create several now-classic genre film archetypes along the way—from hard-boiled girl gang bosses to kimono-clad, sword-wielding assassins. Japan Society celebrates the iconic star (who turns 70 in March) with a pre-Valentine’s Day weekend full of female rebellion, ice-cold vengeance and tough love, highlighting a selection of her most memorable roles. Guest curated by Marc Walkow.

For those of you embarrassingly unaware, Meiko Kaji isn’t just the inspiration for modern movie classics such as Kill Bill and Lady Vengeance (just to name a few), but she is also the iconic actress, model, and songstress in front of Lady Snowblood and Female Prisoner Scorpion. This event will spotlight 4 of Kaji’s classics. Starting New Friday, February 10th and ending February 12th, audiences will get to experience Battles Without Honor and Humanity: The Boss’s Head, Lady Snowblood: Love Song of Vengeance, Stray Cat Rock: Sex Hunter, Blind Woman’s Curse, and Female Prisoner Scorpion: Beast Stable.

Seriously, this is a rare screening event that any fan of genre fare should be dying to go see. Check out the trailer below, make weekend plans, and pick up your tickets now.