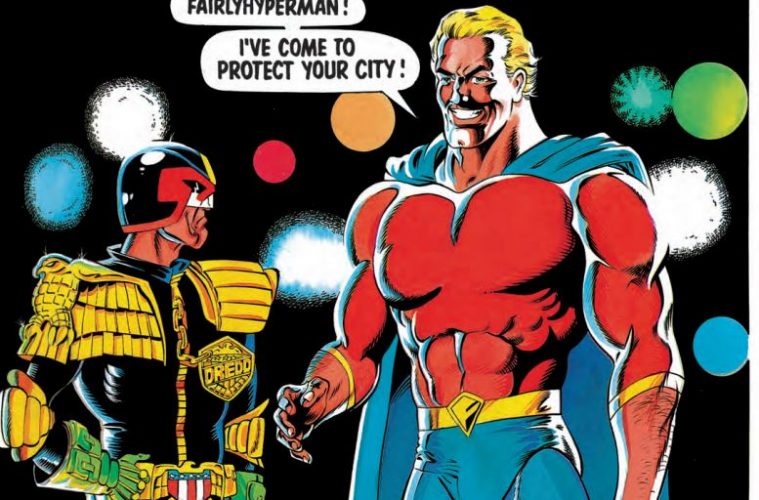 Looking into its weird, grim-dark future, Judge Dredd feels less like outrageous satire and more like our own world with everything taken to its logical extreme. Most of the earth is a poisonous wasteland. Humanity is crammed into a series of sprawling dystopian cities ruled by an ultraviolent corps of totalitarian law enforcement known as Judges. Every aspect of society, from politics to fad diets, has become a twisted joke. And yet while it can often be heavy-handed, somehow it never feels too on-the-nose to be entertaining.

Creators John Wagner and Carlos Ezquerra debuted the series in the British science fiction magazine 2000AD in March of 1977. And throughout our gruff, wall-chinned protagonist’s history, his serial storylines have been both a proving ground and launching pad for the careers of other writers and artists. 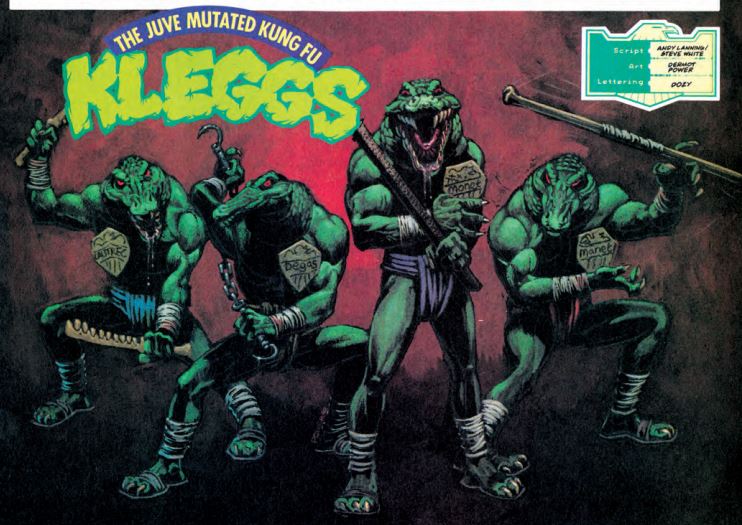 From the late 70s onward there has been no shortage of targets which these creative teams have used as a means to wax philosophic on the themes of their day. But there was a particular sea change that took place in the world of comics during that era of bad hair and worse pop music. Writers like Alan Moore and artists like Bill Sienkiewicz no longer viewed the costume-clad heroes that were their bread and butter as the infallible Ubermensch the past 40 years had made them out to be. Despite their godlike abilities and melodramatic circumstances, these caped crusaders in primary colors were revealed to be what they truly are: dirty, crazy, drug-addicted, sex-offending, sad, lonely humans.

As unforgiving as this realism became, though, nothing is as unforgiving the 22nd century. From the very beginning, the richly populated Dredd-verse has made room for more than one goofy exaggeration of a superhero. It may seem like the titular character has a lot in common with your average Captain Whatshisname or Amazing Suchandsuch. Throughout his entire publication history, readers never see the top half of his face unobscured by his helmet. And Joseph Dredd’s terse, macho persona comes off as an amalgamation of any number of ubiquitous comic book mainstays. But to be clear, the loyal servant of order who gives this series its name has had fewer words than bullets for any ham-fisted vigilante that crosses his path. 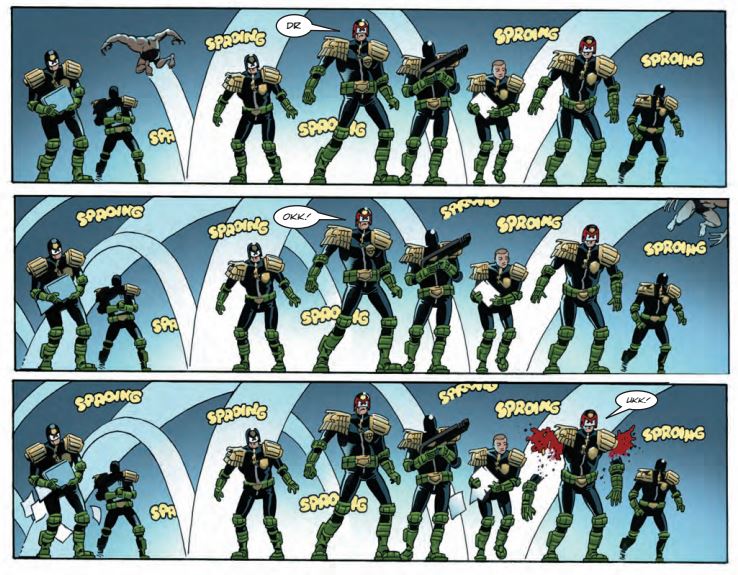 Superheroes have always acted under their own moral authority, often structured around a vague code of honor or ethics. So when finding themselves set in the surreal backdrop of fascistic Mega City One, it only seems natural that these supposed do-gooders in tights find themselves at odds with the established order. This is a world where control is paramount and Judges deal out a death sentence just as readily as they would a 30-year stretch in an iso-cube for something as simple not knowing you were even breaking the law in the first place.

But through this hyper-ridiculous perspective, we begin to see how insane it actually is for a person to spend their nights and weekends assaulting vagrants in dimly-lit alleys while dressed like a going-out-of-business sale at a Halloween store. When they’re not the main character of their own narrative, these pop culture icons become less heroes and more silly weirdos. At least, as Dredd often reminds us, he is the law. What’s their excuse? 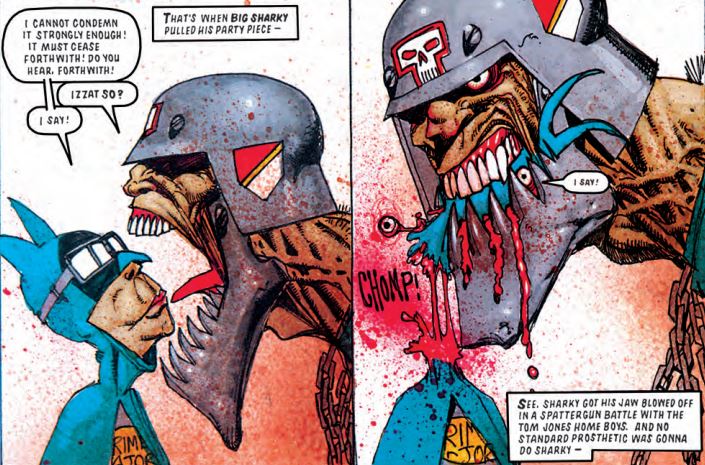 In the pages of Judge Dredd: The Cape and Cowl Crimes, Rebellion/2000AD has collected several storylines featuring some of the most ridiculous caricatures of your favorite regulars from the funny-pages into one volume. This decades-spanning trade volume runs the gamut of art styles, ranging from the gritty, abstract painting of Simon Bisley to the whacky, cartoonish-tones of Paul Marshall. And you don’t have to squint too much to recognize the (sometimes overly) obvious analogs to your favorite crimefighters. There’s Fairly Hyperman, the sole survivor of an alien world eager to be the city’s new champion. There’s also the feral loner with knives made of Unbrakium for fingers, known only as the Weasel. Even in an unnecessarily serious arc featuring what appears to be a Daredevil stand-in, it’s clear everyone that ever crafted a Dredd story is having a lot of fun doing so.

Whether exploring a new take on old tropes or even just poking fun at comics and the entertainment industry in general, this collection of Dredd-canon is beyond fun. It also shows us that above all else, there is no greater crime in the eyes of a Judge than taking the law into your own hands. 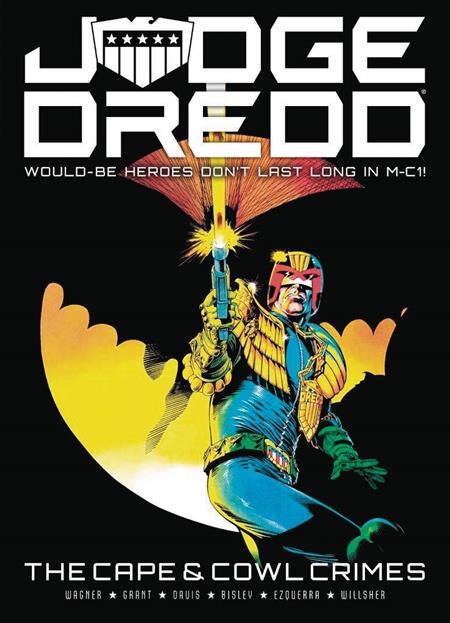 Pete Musto is a journalist, producer, actor and comedian based in the Washington, DC area. He subsists mostly on comic books and crab legs. He reads voraciously and writes sparingly. Despite also being an Eagle Scout, he has yet to master a single knot.