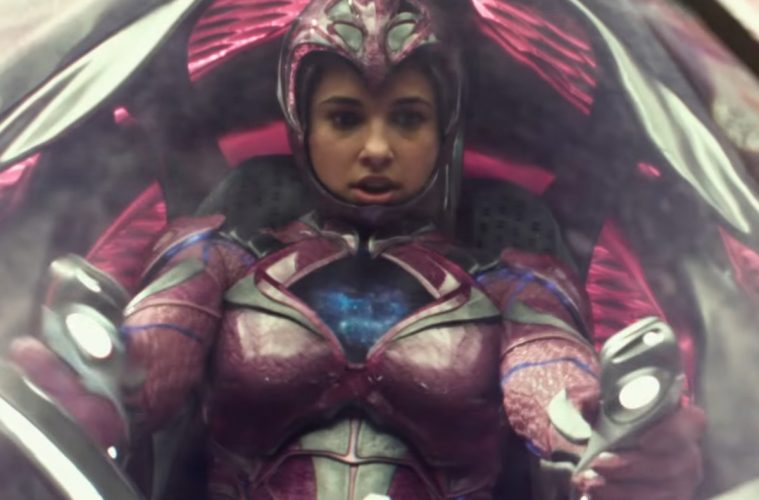 It’s no secret that I am a big Power Rangers fan, even when life has made me just want to curl up in a ball and fall into catatonia, where the air is thin and the water’s pure and the green, well, depends on what you mean by green.

Alas, I’m still here, despite my winter radio silence and Power Rangers is now a few weeks away from taking the world by storm like it’s 1993 and Clinton is in office not actively screwing the entire country.

For a moment it looked like the producers behind the new Power Rangers film were a little late on getting the hype machine started. For months after an initial teaser trailer was released, there was no further promotional material released until the beginning of 2017. New trailers, new posters and new clips, like this one:

1: Command center looks way doper than the TV show, than the First MMPR movie, I wanna run around it and get my powers in a place like that. It doesn’t look like a mere set piece. It’s a living, functioning thing, which makes sense if Zordon is being kept alive in it through intergalactic, possibly interdimensional means.

3: I’m glad that Zac Efron is having a stellar career after High School Musical, though I’ve been partial to Vanessa Hudgens who was a few hours away from being my birthday twin. (Editor’s Note: That is not Zac Efron.)

4: They’ve been trying to make Becky G a thing for years, may this be the thing that takes her over the top. Maybe some people like their cucumbers pickled, word to Chappelle.

5: Billy ain’t no punk in this film, and I will fight anyone who thinks so. He’s sensible. Would you not be sensible when facing alien tech?