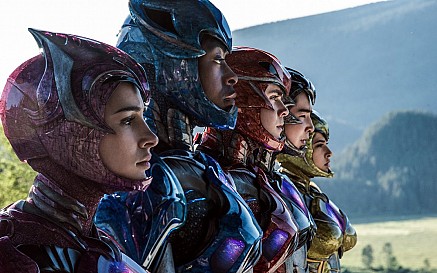 Ignore The Haters. The ‘Power Rangers’ Teaser Does Not Disappoint

I’ve been waiting for this day for months, and I am not disappointed. I was initially skeptical when Lionsgate announced that it was rebooting a cinematic version of Power Rangers. For one, during the initial announcement of the film, I was tired of the insatiable clamor for 90s nostalgia. Don’t get me wrong, the 90s were an awesome decade, the music was great, the fashions were fresh and people had jobs and money. However 1993 was 20 odd years ago and no matter how many binges of Mighty Morphin Power Rangers we do, we’ll never be able to relive those childhood days of turning to the Fox Kids block and watching the Rangers fight the forces of evil to protect Angel Grove, California.

Another thing that worried me was the announcement that they were going to make it grittier, and we’ve seen what happens when studios don’t add the right amount of grit. It’s terrible.

My disdain for nostalgia went out the window though, and it’s buried even further with this teaser trailer. Much like I mentioned in my review of the comic book series that was recently released, I they got the grit right with this film so far. I like that the Rangers have a more concrete reason for joining together and even the costumes have grown on me. We even got a look at the main villain of the film, Rita Repulsa, played by Elizabeth Banks, another skeptical choice that I now have more faith in.

But let me stop rambling. You can check out the teaser down below. Power Rangers morhps into theaters March 24, 2017.