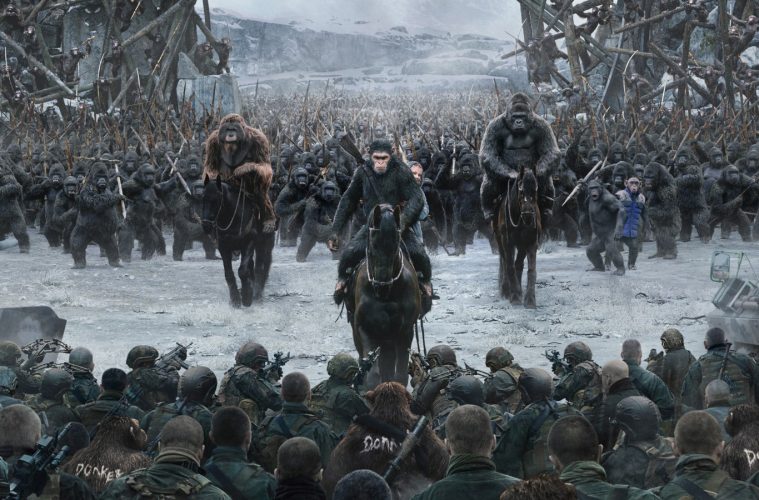 I’m glad I did. The recently revamped PLANET OF THE APES trilogy has proven to be one of the more satisfying film experiences in recent memory. Well, I should clarify. The first and second movie has been. But with director Matt Reeves returning to helm the third and upcoming WAR OF THE PLANET OF THE APES, there is no reason for me to be skeptical about this franchise.

In the following “legacy” trailer, viewers are invited to revisit the fully-realized and surprisingly human world that started with 2011’s RISE. If you’re already a fan then this will just put you right back into some of the series’ most memorable (and moving) moments. If you’re not a fan…then what is your problem? Go rent RISE and DAWN, and then anxiously anticipate WAR OF THE PLANET OF THE APES when it hits theaters on July 14th.