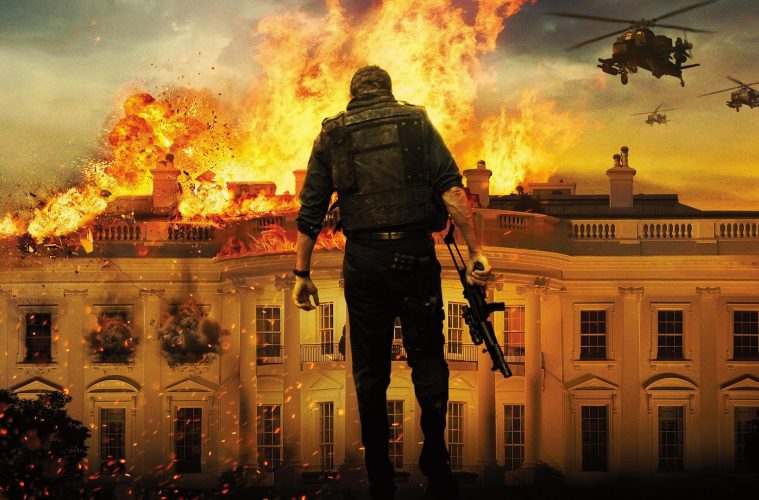 Kill Counts And Thoughts Of ‘Olympus Has Fallen’/ ‘London Has Fallen’!

Every decade has a great new action hero smash onto cinema screens. There’s always at least one. This decade, we’ve had several. And one who has now become one of my all-time favorite action heroes is Mike Banning. Played by Gerard Butler, Mike Banning is the ultimate have a go hero. A stunning fighter, brutally violent and extremely funny, Banning is a true sensation in both movies he’s appeared in. Gerard Butler is loved by many for his movies, such as ‘300’ and ‘Law Abiding Citizen’. He can even deliver the goods in a cheesy romantic comedy, with the brilliant ‘The Ugly Truth’ being the best among his chick-flick career. But every movie and TV star has at least one role that defines them. Kiefer Sutherland has Jack Bauer, Matt Damon has Jason Bourne, and Harrison Ford as Han Solo, Indiana Jones, Jack Ryan and the President of the United States! And we will never forget the greatest, Sir. Roger Moore, who had James Bond, Simon Templar, Lord Brett Sinclair and Ivanhoe, to name a few. Gerard Butler now has his own ultimate hero. 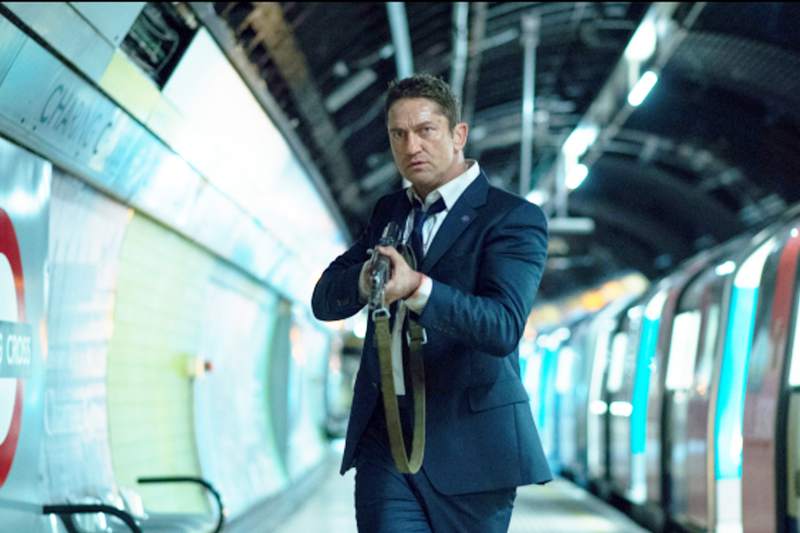 In his first movie, ‘Olympus Has Fallen’, Secret Service agent Mike Banning is blamed and abandoned by the US President (Aaron Eckhart) for a tragedy he could not prevent. Cast out of the White House, he’s now settled into a quiet job and happily married. But duty calls once more when North Korean terrorists launch a catastrophic attack on Washington DC, taking control of the White House and holding the POTUS as hostage, in an effort to have US troops retreat from their country. Banning explodes into action, fighting his way through a hail of gunfire and rockets to get into the White House and protect the POTUS from a certain death. Taking on terrorist after terrorist, Banning is determined to save the day and the fate of his country.

Having seen ‘Olympus Has Fallen’ on opening day at the cinema, it was pure love at first sight. Big, bold, gruesome and gut-bustingly exciting, not to mention the most patriotic movie ever made, this movie has ruled a major part of my movie-loving life since its release. The action and special effects are total perfection, and Mike Banning is my favorite kind of hero. The “have a go” hero is someone who enters a fight, unrequested and without personal cause. Unless we count his now-defunct friendship with the POTUS, Banning has no reason to put his life on the line. But he does, and that’s why I adore him. This kind of hero doesn’t exist very often in the action movie genre. ‘Die Hard’, ‘Sudden Death’, ‘Under Seige’ etc… All heroes caught up in danger to save themselves or their loved ones. But Banning is willing to lay down his life. For good, and for country.

Below is an epic video featuring every brutal kill from ‘Olympus Has Fallen’, all collected together to showcase this incredible movie as the blood-thirsty blockbuster it is. Spoilers are obviously included.

Mike Banning next appeared in the spectacular ‘London Has Fallen’, this time side by side with the President as they attend the funeral of the British Prime Minister. A vengeful terrorist has London City armed with explosives and brutal gunmen, to murder the several world leaders who have assembled for the funeral. But his true target, the POTUS (Aaron Eckhart once more), is under guard of Banning and both men are forced to race through the streets of London in a desperate battle to reach Air Force One and get out of the country safely. Banning is once again pushed to his limits, as he takes down hoard after hoard of terrorists in an all-out battle that shakes the world to its knees.

Although not quite as have a go as ‘Olympus Has Fallen’, Banning is as fantastic as ever, with the battle scenes here introducing him into an entire city, with plenty of room to kick ass and stab killers to death with his trusty knife. Critics treated ‘London Has Fallen’ with disgusting reaction, but any true fan of action cinema can only sit back and enjoy seeing a relentless hero like Banning take on the evil of the world. In times such as these especially.

Below is the follow-up kill count special for ‘London Has Fallen’, with the many awesome kills that drive action movie lovers like me wild. That one-shot shootout is the stuff of dreams, making what is already an awesome movie even better. Once again, you know spoilers are included.

‘Olympus Has Fallen’ and ‘London Has Fallen’ are truly two of the finest movies in action cinema. Olympus is especially a cinema experience I will never forget. I adore these movies, and Mike Banning is easily in my top 5 of action heroes. And it looks like he’s going to continue kicking terrorist ass, as Gerard Butler has signed up for the next movie in the franchise, ‘Angel Has Fallen’, which is set for release sometime next year and will feature a new President, as well as an attack on Air Force One this time around. Sadly the brilliant Aaron Eckhart may not appear, but it looks like the legend Morgan Freeman will be back. They add so much to the movies, along with stellar supporting casts including Angela Bassett, Robert Forster and Radha Mitchell. Enjoy the first poster for ‘Angel Has Fallen’ below and go check out those two beautiful movies. 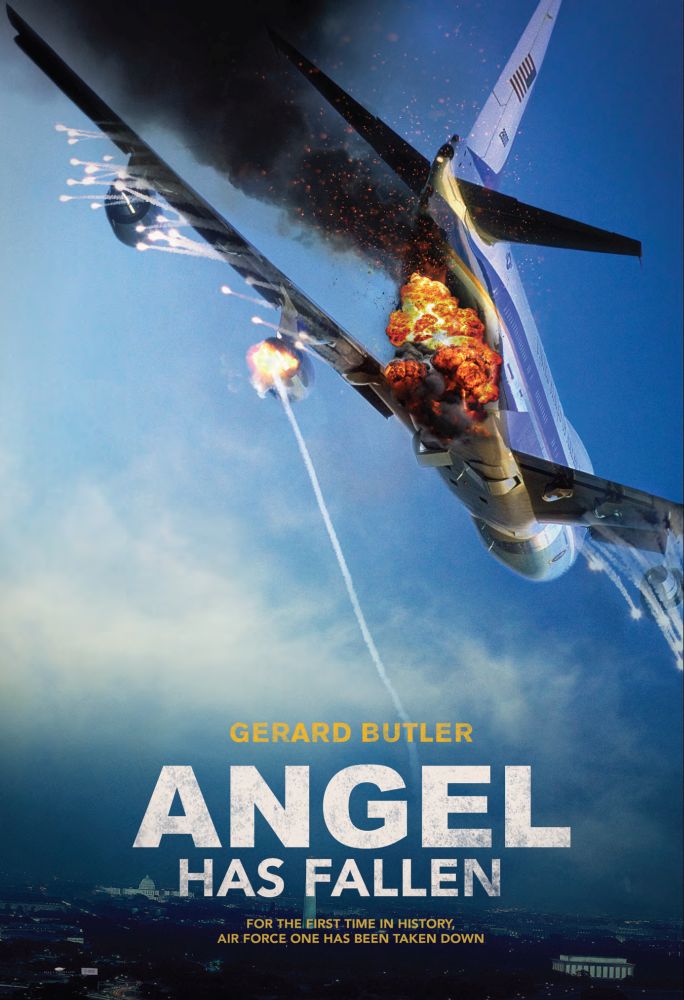