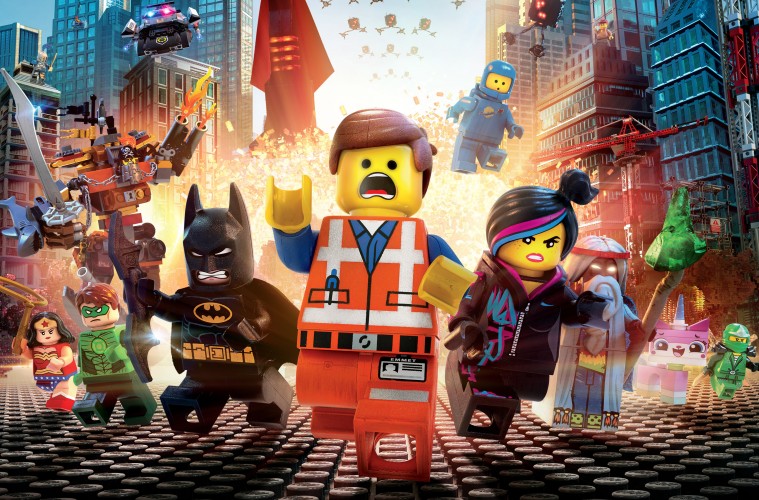 DISC TWO: Behind The Scenes of ‘The Lego Movie’ And Our 5 Favorite On-Screen Product Placements

Apparently, some genius over at Fox Business is attacking The Lego Movie for vilifying corporations. In particular, they are taking issue with the Will Ferrell- voiced bad guy, President Business. Amusingly enough, they neglected to recognize the fact that Denmark’s Lego Group just made a feature-length commercial that grossed $87,210,000 worldwide. Seems like the joke is on us.

But that’s another conversation for another site.

Since we celebrate movies and the many odd things that they may entail, I figured that I would accompany this week’s The Lego Movie featurette (skip to the bottom to watch) with my favorite bits of product placement. I say “favorite” but, honestly, I’m just giving points for cleverness despite the shamelessness of it all (but being blatant is the point, right).

Not only is Fed Ex everywhere in this film but, cleverly enough, it is also part of the plot.

Superman tosses one of his enemies from the Phantom Zone into a giant electronic Coke sign. Quite possibly the first time I’ve ever recognized product placement in a film.

I’m certain that not a lot of kids were lining up for Mr. Potato Head toys by the late-90s. That is until Toy Story gave them life again.

2. Reese’s Pieces in E.T. The Extra-terrestrial

Probably one of the more well-know examples, E.T. featured a visitor from another planet who could be coaxed by Hershey products. I got news for you, Mr. Spielberg: The audience figured out that Reese’s were out of this world a long time ago.

The appearance of the Ashton Martin DB5 throughout the James Bond franchise has been so effective that, unlike most product placements, the audience actually anticipates the vehicle’s on-screen cameo.

And that’s it. Enjoy these promotional videos that were approved by Lego Group and Warner Bros Studios. All rights reserved, of course.