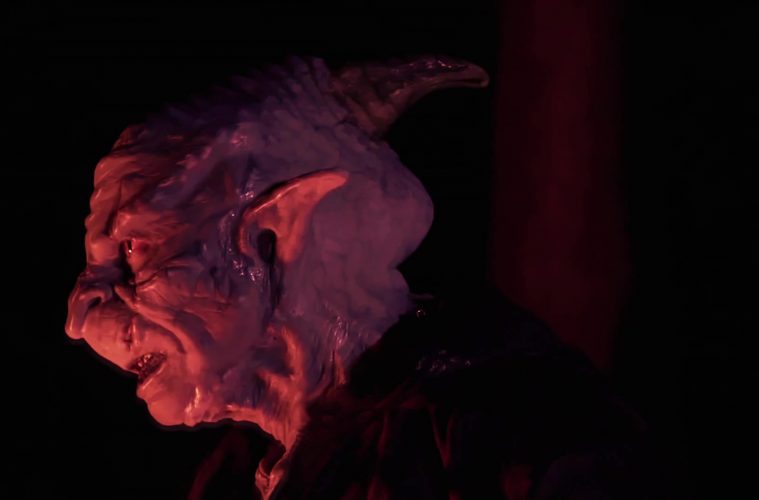 Daniel (Zachary Mooren), brooding camera operator and protagonist of the found-footage horror film Darkness Reigns (dir. Andrew P. Jones), sits in for an impromptu on-camera interview. He and his producer Aaron (Ford Fanter) are the behind-the-scenes documentary crew on an indie film with a godawful name (“Defanatus Soul”. Ugh. Even the characters hate it.) Daniel takes a moment to rag on the production, which has secured a spooky haunted hotel as its primary filming location, and boldly declares: “If there is one thing that has been proven today beyond a shadow of a doubt…Ghosts are real. Real horseshit.”

It is of course at this point that the demonic presence tiptoeing around the film set fully asserts itself and everything goes to poop. Most of the crew is slaughtered via supernatural torture and the survivors including makeup artist Vanessa (Linara Washington) and medium/technical advisor Sidney (Peter Mayer) are left to futilely fight for their lives as the demons of the hotel run them through a haunted gauntlet of terror and gore. 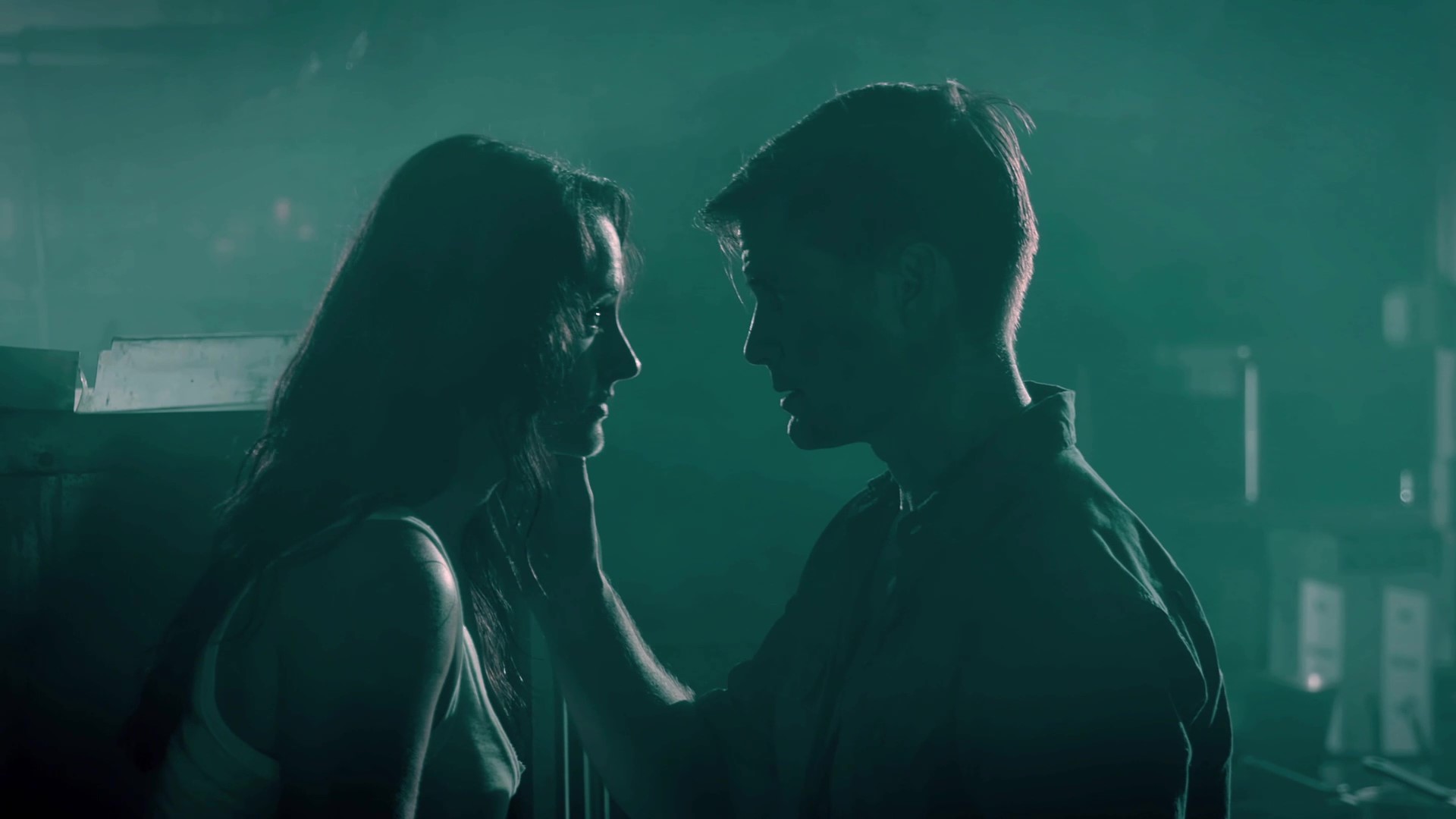 This is when the movie really kicked into gear for me but it is unfortunately preceded by a half hour of somewhat tedious setup. The first thirty minutes feature a prologue to the found-footage portion that adds little to the narrative and once we’re into “documentary” section of the piece we are treated to some rather wooden acting and a few cat-scares that are fun but don’t build tension or dread. The film misses its opportunity to establish concrete backstory and motivations for its characters or endear them to us. Instead it’s the characters talking about how spoopy their haunted film set location is going to be, because it’s actually haunted you guys, and then a few spoopy things start happening to the doc crew. The opening of the film is just here to say: “Here are the people whom the monsters will be consuming today and this is where they’ll be dying. And oh look, here’s Casper Van Dien!”

Indeed, Casper Van Dien is in this movie which, if you’re a Dien-iac (and I know you guys are out there) would be a big selling point. Sadly, in the grand tradition of name actors slumming it up in lower budget indie films, he doesn’t actually appear in the movie all that much. Van Dien has some fun with the vapid caricature of himself, what amounts to a stereotypical take on how a bratty, eccentric A-lister would carry themselves on an indie set, but the role could have been played by literally any name actor with only minor dialogue tweaks. That ol’ Johnny Rico is playing himself in the movie bears no consequence. Consider in comparison how essential Jean Claude Van Damme is to the plot of JCVD. Some minor tweaks to the title of JCVD would make it appropriate for a Casper Van Dien vehicle, but you’d have an entirely different movie. That being said, CVD’s scenes are enjoyable at least, even if I don’t buy him as a prima donna (he seems like such a nice guy!) 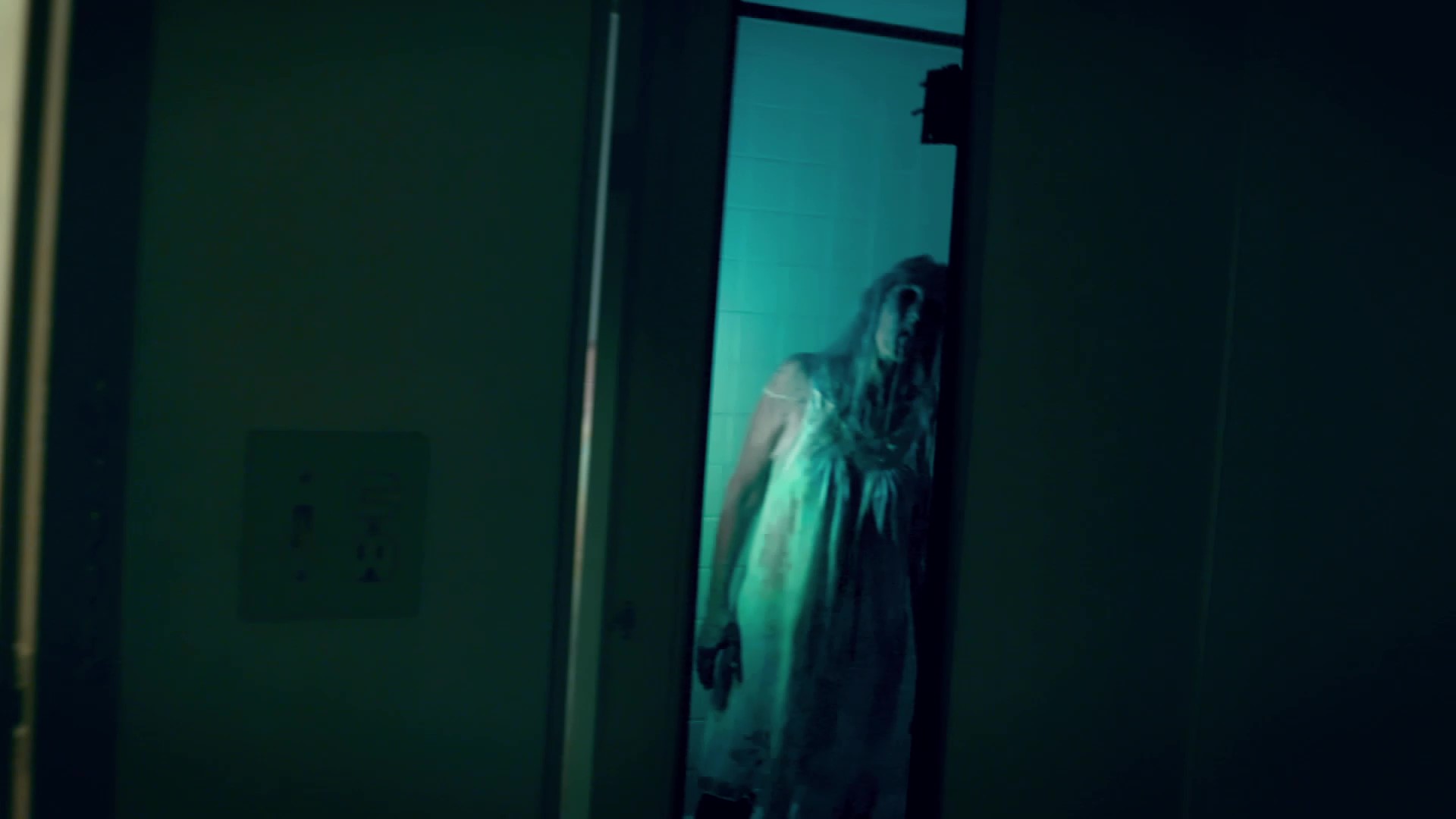 Once the demonic hotel goes into full mayhem-mode, Darkness Reigns becomes an enjoyable if predictable haunted house. The deaths are bolstered by decent visual effects as well as makeup/creature effects that are at times goopy and over-the-top in fantastic ways and at other times only slightly better than Halloween-masks. (The main demon, shown extensively at the end of the film is particularly cheeseball.) It doesn’t help that the creature/gore shots go on just a little too long, usually well past the point of being able to spot the seams in the effects work. The overall believability and scare factor were low for me but if you’re in the mood to relish in some wholesome bloody death then you’re sure to have a good time.

I also enjoy how they’ve used the found-footage style to capture the scenes and scares in interesting ways like staging creepy things on the edge of the frame, video glitches and audio that drops in and out. Daniel’s camera operation is believable and even when the camera gets set down or handed to another character to cover the action it feels natural. The majority of the film plays out as a string-out of minimally edited raw footage and it feels pretty genuine in that effort. By the end of the film the justification for the camera to still be rolling does get stretched a little thin. At one point a character actually calls this out to which Daniel replies: “Just leave it.” Ok, we’ve come this far, I guess we’ll leave it. The film also generally avoids the found-footage film trap of nausea-inducing super shaky cam which is also appreciated. We’ve come so far since The Blair Witch Project. 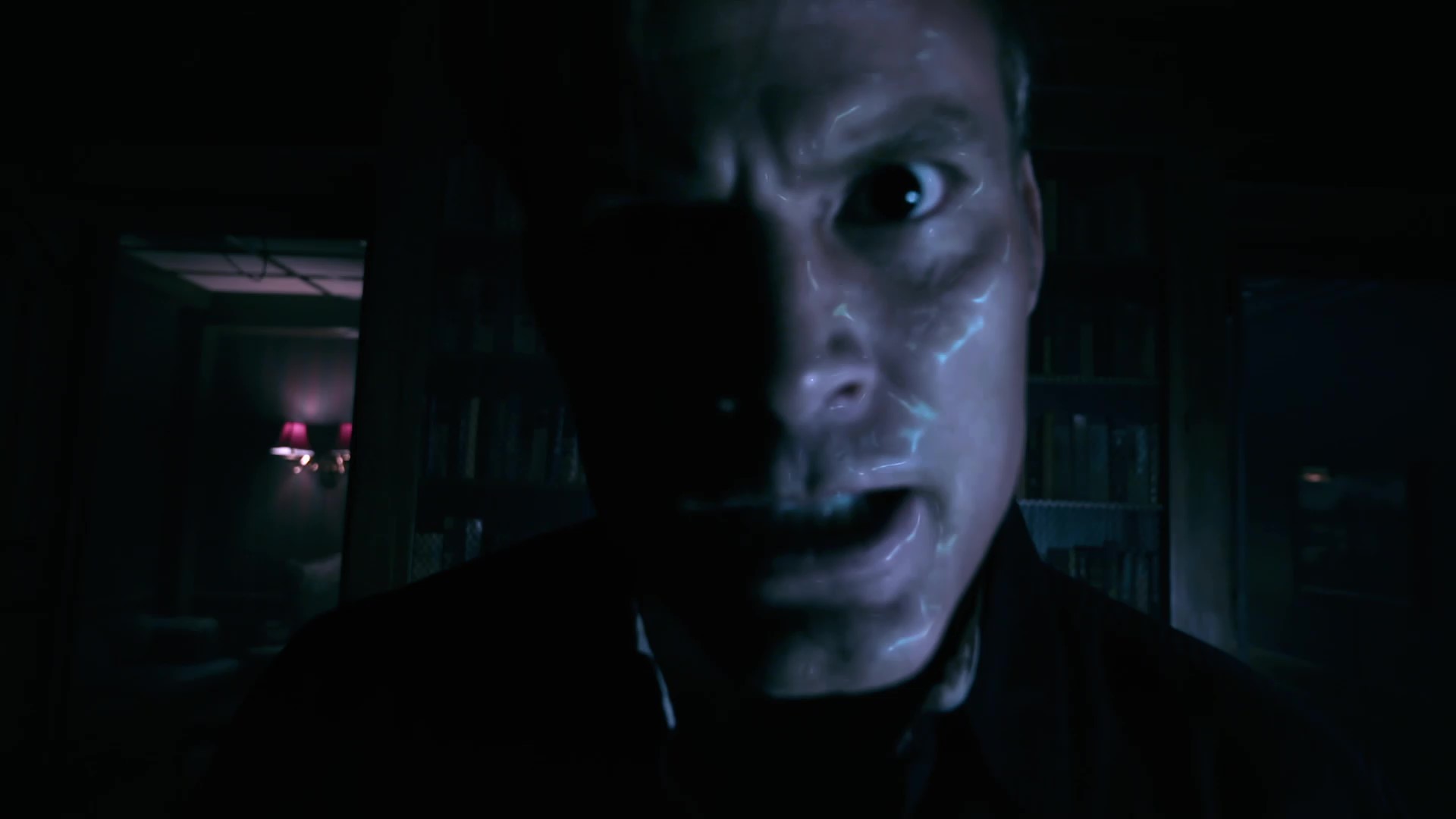 One big stumbling block for Darkness Reigns is the writing. Overall, the script feels undercooked and features largely ineffective characters who make very poor decisions. I don’t understand why folks lose their sense of good judgement as soon as they find themselves in a horror film, but stupidity abounds for Daniel and crew. The characters continuously walk themselves right into terrible and unwinnable situations with no concrete plan for counteracting the demonic forces. The final twist of the film, revealing the reason behind all the supernatural chaos is a bit of an eye-roller and the conclusion of the film is further muddied by an epilogue that, like the prologue, feels tacked-on.

Having crewed on my fair share of indie films, I found myself intrigued by the premise of Darkness Reigns. Making a film is a tough endeavor and a film crew faces down so many challenges every day, be they technical, physical or emotional. You throw demons into the mix and that’s bound to derail any production. Darkness Reigns superficially scratches the surface  but never really takes full advantage of its haunted film set locale or the specific talents of its crew. The horror could be happening to group of chefs, office workers or sailors. Like the casting of Van Dien it all feels interchangeable. Yes, the occupation of its protagonist serves to make it more believable for a handheld camera to be capturing the events of film but it feels like there is untapped potential here.

Give this one a rental if you’re into found-footage horror and/or movies about moviemaking and/or Casper Van Dien. Just be aware that if you’re expecting an abundance of any of these elements you might be a little disappointed.