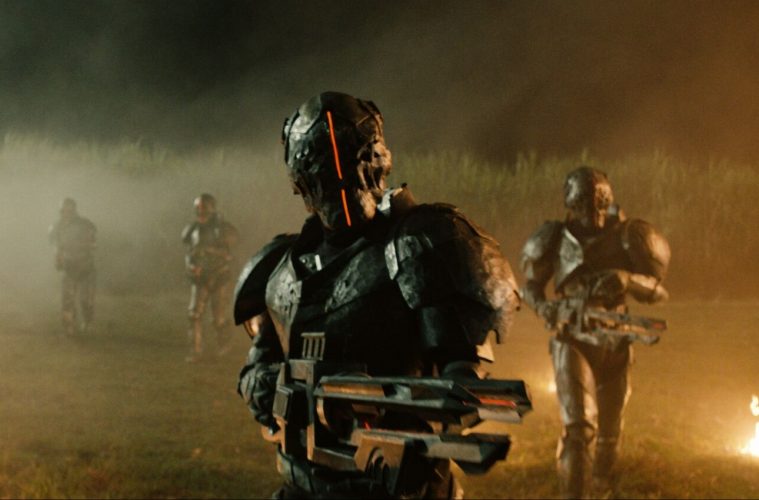 TRAILER: A SMALL TOWN GETS WRECKED BY ALIENS IN OCCUPATION

It is a nice summer night, and suddenly all of the light in the sky seems to disappear and an odd spaceship appears out of nowhere. What would you do? If you are at a small town football game you would pull your phone out to record right? Me too, as did most of the crowd in the trailer for Saban’s (Power Rangers) new film Occupation. In this short trailer we learn that Aliens have come to Earth, and they do not seem to have good intentions. It will take a small group of strangers to band together and begin the resistance force hopefully capable of taking down the Alien threat that arises.

We have seen a small town group of misfits defeat invading Russians, and North Koreans. I cannot wait to see how this small town handles these Aliens When Occupation invades theaters July 20th, 2018.