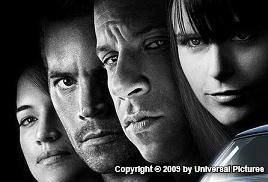 Action A Go Go’s Derek Scarzella already shared a few words about actor Paul Walker’s passing, so I won’t go any further than a link to his original post.

I will say this though: Understandably, industry types credit actor Vin Diesel and director Justin Lin for resurrecting The Fast and The Furious franchise. However, I will point out that actor Paul Walker was the most consistent thread throughout the bulk of the series (he’s featured in 5 of the 6 films released). For that reason, I’ll argue that Walker’s rogue cop Brian “The Buster” O’ Connor may very well have been the glue that allowed for the franchise to come back together in the first place.